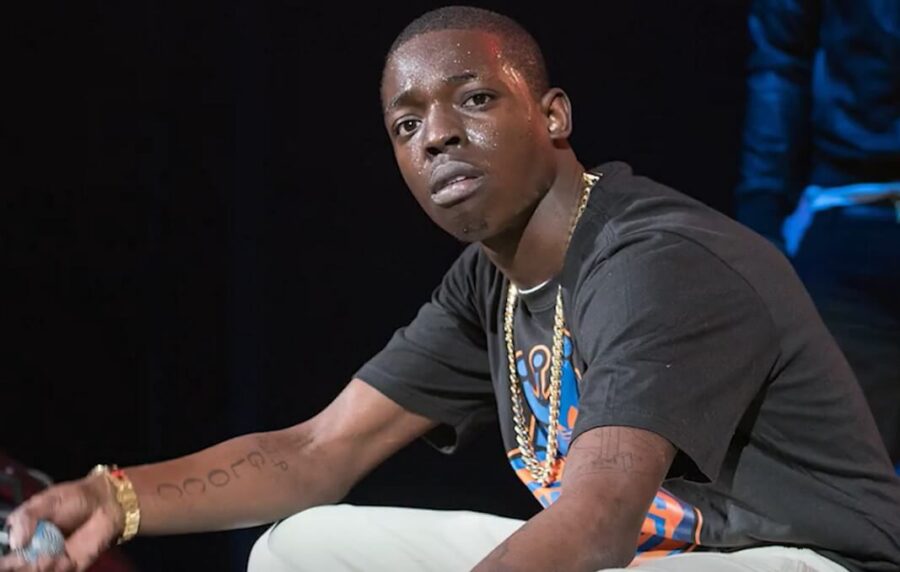 Bobby Shmurda is an American rapper and a songwriter. His real name is Ackquille Jean Pollard, and hence, Bobby Shmurda is his professional, or can say his stage name. He is the founder of Brooklyn Drill Music, along with Rowdy Rebel. In 2014, this young American rapper became international fame after his song ‘Hot Nigga’ was at number six on the Billboard Hot 100. The popularity of his ‘single’ made Bobby Shmurda get a contract with Epic Records. His first EP, Shmurda She Wrote, was launched on 10th November 2014. But this is not all; there is so much more that has happened in his life, which many of you might not be having an idea of. In this article, we will give you a lot of information about this rapper. So, let us begin now!

Bobby Shmurda was born in Miami, Florida, on 4th August 1994 to an African-American mother and Jamaican father. For all those people wondering how old is Bobby Shmurda, we hope you must have gotten an idea of his age. Bobby also has an older brother named Javese Pollard. Seeing his past life, we can say that this American rapper has had a tough life since the beginning of his age. In 1995, his father, Gervase Johnson, was sentenced to life imprisonment for attempting murder. After that, his mother, along with him and his brother, shifted to Brooklyn’s East Flatbush area.

As per the records, Bobby Shmurda says that he has grown up in a jungle. He has spent most of his childhood on the streets by picking up fights with other children who were older than him. Apart from this, Shmurda also suffered from attention deficit disorder (ADD). He had the habit of running out of the class once he completed his assignments.

Earlier, Bobby Shmurda used to make his own versions of the popular sings, which Jay Z and 50 Cent sang. He also mentions that he was very much motivated and inspired by the artists like Lil Wayne, Juvenile, Biggies, 2Pac, and Trick Daddy. In the year 2004, he remixed his first album named ‘Knuck If You Buck’ by the Crime Mob. He joined his elder brother and his group, who began dealing with drugs when they were just in grade 9. Bobby Shmurda had been dealing with drugs since he was in the 5th grade. He has talked about the same in a lot of songs.

Talking about his career, we can say that Bobby Shmurda did take a successful leap at a very young age. Even though he began remixing songs at a very young age, his career did make a huge jump in 2014, with his song ‘Hot Nigga’ on his YouTube channel. The idea of this song came to his mind after listening to Lloyd Banks’ Jackpot’. Bobby also released a video in which he performed his famous ‘Shmoney dance’. He received around 2,000 views on this video in a day and hence became popular overnight.

If you are using Twitter, you must have seen people talking about memes related to the hat of Bobby Shmurda. This meme is based on the song ‘Hot Nigga’. In this song, Bobby throws his hat in the air, and fans see that it never comes back. Even after these many years, people still wonder about what would have happened to the hat.

Apart from this, Bobby Shmurda has also performed on stage along with Meek Mill, which has been a milestone in life. This American rapper is a lucky guy, as stars like Lil Durk and Yo Gotti have shown interest in collaborating with him.

Bobby Shmurda has also been a part of the ‘GS9’, a rap group from Brooklyn, New York. In the year 2014, Bobby Shmurda released a mixtape which was named ‘Shmoney Shmurda’. He has also appeared as a guest on the television show named ‘Real Husbands of Hollywood’.

A lot of people have been wondering about the net worth of Bobby Shmurda. Certainly, Bobby Shmurda’s imprisonment affects his ability to work, so here’s a glance at his new net worth.

You all must be aware of the seven years of a prison sentence to Bobby on conspiracy and weapon charges. Bobby Shmurda was released on 23 February 2021 after parole authorities had agreed that he would be suitable for conditional release. His release takes him back to his partner, Rowdy Rebel, who was released from state jail two months earlier. Bobby Shmurda has indeed had a meet-up with the Quavo of the Migos, who especially took a private jet to pick him up and made him have a FaceTime with a family.

With his release, we all know that ‘Free Bobby Shmurda‘, we all know that there has been unrivaled support to him from his fans. His campaign was so distinctive, and people were asking for his liberation for several reasons. Sure, some people only said that because of the meme factor. Bobby and his friends were examples of how the NYPD routinely abuses and criminalizes the communities of youngsters as gangs. From his case, so many people have heard that the NYPD has an arbitrary gang database called “90 percent Black and Hispanic”. Hence, the people who understood the system’s racial prejudice yelled “free him” as a clear declaration that storing criminals in jail is not the answer; allowing them an opportunity is. Hopefully, after a long wait, Bobby is back home and ready to begin his new life and career. You can also check Bobby Shmurda wiki.

We will just pray that things go better for him from now!!!