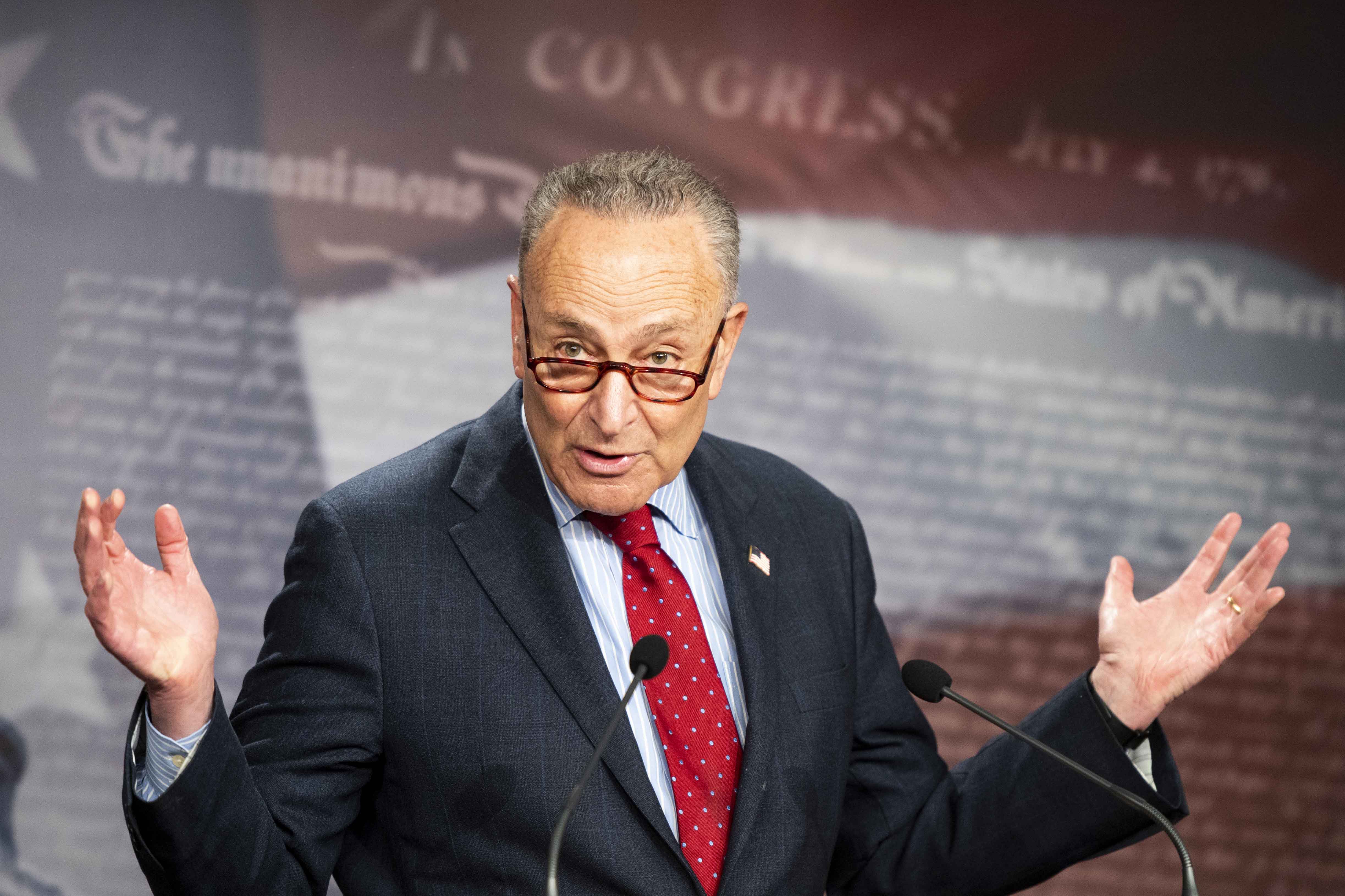 Chuck Schumer is hatching plans to further evade the constraints of the filibuster — and in the process, he could be teaching Republicans how to do it in the future.

Faced with a 50-50 Senate that limits his ability to maneuver on major priorities, the majority leader has sought to double up on opportunities for using the annual budget to pass legislation with just 51 votes, sidestepping a GOP filibuster. “It’s a new arrow in our quiver,” Schumer said this week about the gambit. Democrats used the budget to enact President Joe Biden’s nearly $2 trillion stimulus last month, but Schumer hasn’t yet decided to use his potential new power to stretch that process.

If the New York Democrat doesn’t use his new arrow, the next majority leader could make it happen thanks to his reconnaissance.

“They might not even be able to do it, but they’ve sort of laid down a road map for us,” Sen. John Cornyn (R-Texas), a close ally of GOP leader Mitch McConnell, said this week.

As with many things Schumer wants to accomplish in the evenly split Senate, his plan to eke out new filibuster-proof legislating opportunities hinges on the support of Sen. Joe Manchin. And the West Virginia Democrat just firmly reiterated his disapproval of repeatedly working around the 60-vote margin required to pass most bills.

So Schumer might not be able to muster the votes to take another crack at the same budget measure Democrats used to ease passage of the Covid relief bill, never mind the policy limitations he’d face if he pushed ahead. Still, the New York Democrat’s highly public flirtation with the maneuver could help Republicans use it against his party whenever the Senate swings back to GOP control.

“He’s certainly laying out what future majorities could do,” Sen. Joni Ernst (R-Iowa) said. “That doesn’t mean that we should.”

The Senate parliamentarian, who serves as the chamber’s nonpartisan procedural referee, said last week that it is possible to revise a budget measure like the one used to sideline Republicans on the Covid bill. But critical questions about the tactic remain unanswered, including whether Democrats could recycle that same resolution to facilitate passage of Biden’s infrastructure plan this year — and whether they could take unlimited attempts at legislating via the budget.

“It’s possible that — when you unleash the magic — that the magic is a whole lot harder to execute than you would think … particularly when you get beyond the traditional uses of raising money or spending money,” Sen. Roy Blunt (R-Mo.) said.

If Schumer’s plan turns out to be workable, the move could afford Senate Democrats at least six chances to stave off the filibuster before the midterm elections next year, rather than the three shots they already get.

“How that happens and what way that happens, we have to have discussions with the parliamentarian, of course,” Schumer said this week. “And we have to decide how to use it. … But it’s something we’re going to explore using.”

“I haven’t made a decision yet,” the majority leader said when asked about the timing for his decision on the so-called budget reconciliation process.

Either way, the procedural insight Schumer is amassing could become source code for his successors to exploit from the outset of their time in control, especially any future Senate leader who has a more substantial majority and policy goals that fit easily within the constraints of the budget process.

“For every action, there’s an equal and opposite reaction, and this does expand reconciliation. That old door swings both ways,” Sen. John Kennedy (R-La.) said.

“I would never presume to tell my friend Sen. Schumer how to do his job,” Kennedy added. “But I would caution him to be careful with just looking for instant gratification, because it’s not in the Constitution that I’ve been able to find that says he’ll always be majority leader and that he’ll always be in the majority.”

For Schumer, Manchin’s resistance isn’t the only impediment to pulling off the novel ploy. Utilizing the budget to pass a bill without a 60-vote hurdle is time-consuming, as Democrats were newly reminded during the grueling process of turning the new president’s pandemic aid plan into law in March.

Employing the budget trick even two more times during the current session of Congress — as is already allowed — would be an ambitious feat on its own. That would mean four more vote-a-rama amendment sessions, much like the all-nighters senators endured in February and again in March to get the stimulus off to Biden’s desk.

To work under the budget maneuver, legislation must also be carefully tailored to abide by the so-called Byrd rule designed to ensure reconciliation is only used to advance bills related to spending, revenues or the debt. Democratic priorities like a clean energy standard, paid leave mandates and workers’ rights could breach those rules, so the tool can be as limiting as it is liberating.

“Reconciliation is not a panacea,” Cornyn said, noting that Democrats had to ditch major policy goals after the Senate parliamentarian ruled that they wouldn’t work in the stimulus. That includes scrapped proposals to raise the federal minimum wage to $15 an hour and fund a California transit project Republicans dubbed “Pelosi’s subway” to slam the Speaker.

Democrats acknowledge that Schumer’s gambit, if successful, could sting should Republicans regain control of Congress and the White House. But limiting Democrats’ reconciliation options could also prove risky, said Sen. Dick Durbin (D-Ill.), who pointed to the GOP’s use of the budget to pass a massive package of tax cuts in 2017.

“Listen, we learned this lesson four years ago,” Durbin said. “They’ll use reconciliation for their highest political priority — tax cuts for the rich. They wasted no time doing it. They’ll do it again. We’d be naive to step back and say, ‘We’re afraid they’re going to misuse it.’ They’re going to use it if they get the opportunity.”