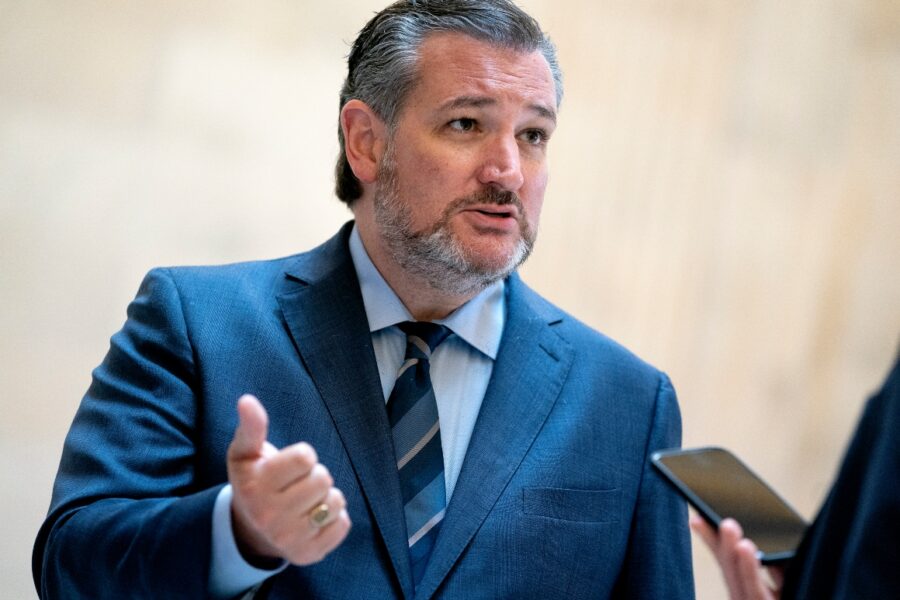 The post-Trump Republican Party is on the verge of sweeping away the last vestiges of the tea party era. But not before a big internal fight.

Republicans largely abandoned their mantle of fiscal conservatism under former President Donald Trump, increasing spending, the debt and eventually relenting to his unorthodox tariff regime. Through it all, their ban on earmarks remained. Now its days may be numbered.

After the House GOP’s defense of the earmark ban collapsed in a lopsided vote to restore the practice — which became a dirty word after years of earmark-driven corruption scandals in the early 2000s — the Senate GOP is agonizing over whether to follow suit. It’s hard to find many GOP defenders of the earmark, but that doesn’t mean Republican senators want to unilaterally disarm when their House counterparts and Democrats can bring home the bacon to their constituents.

The battle is pitting a group of prominent earmark-hating Republicans, many of whom are weighing a presidential run, against supporters of a return to the past. GOP fans of such congressional directed spending count an influential supporter in the former president still trying to control their party.

“I’m with Trump on this,” said Sen. Lindsey Graham (R-S.C.), a senior appropriator, pointing to the former president’s previous apparent endorsement of the spending system. “Trump believes that Congress should have a say.”

Sen. Ted Cruz (R-Texas), a potential White House candidate in 2024, countered that earmarks “have been a currency of corruption whenever implemented.”

“It’s not surprising that Democrats want to return to earmarks, because they entrench career politicians and exacerbate out-of-control spending,” Cruz said. “Republicans, I don’t believe, should be a party to that.”

Cruz predicted that the Senate GOP would keep its internal ban on earmarks, and other potential 2024 contenders like Sens. Josh Hawley (R-Mo.) and Rick Scott (R-Fla.) agree with him. Hawley said simply that “voters hate them,” a sign of how the issue might play these days among the party’s base.

But several senators said privately it was unclear where the majority of the conference will be next Wednesday when the party casts its deciding votes on earmarks. Moreover, the ballots may be cast secretly, making a return to earmarks more likely to pass.

Cruz will offer an amendment to make the vote recorded, rather than secret ballot, and also will seek to bar earmarks related to family, staff and political organizations, according to a list of proposals provided by a GOP source. Also on that list is an amendment from Sen. Jim Inhofe (R-Okla.) to reinstate earmarks, albeit by framing it as protecting “Republican priorities from President Biden.”

In addition, Scott will propose making it a formal Senate GOP policy that any increase in the debt ceiling must be accompanied by equal cuts in federal spending. 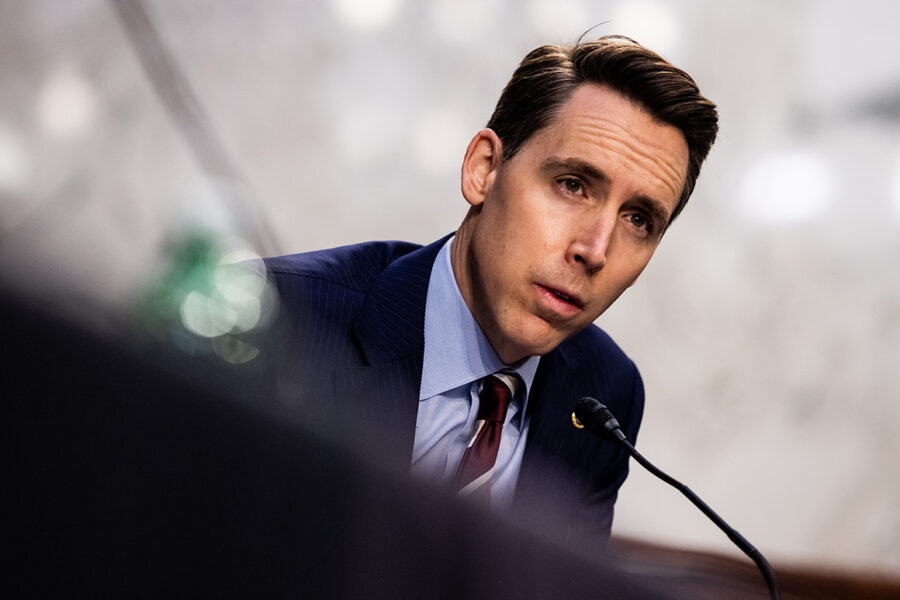 “We have a good, strong contingent of people that just say: no way, no how,” said Senate Minority Whip John Thune (R-S.D.). “But we’ve got other members that say: ‘How do I explain this at home if the Dems are doing it and the House Republicans are doing it?’”

House Democrats have already installed new guardrails on the process, capping the amount of money that members can funnel toward earmarks to 1 percent of discretionary spending. Republicans like Graham and Alabama Sen. Richard Shelby, the Senate’s top GOP appropriator, argue that their party will cede billions of dollars in local projects to Democrats if they don’t participate.

“That would be politically dumb,” said Shelby, who also noted that Georgia’s two new Democratic senators will get a cut of the cash ahead of their reelection fights.

Even if Senate Republicans affirm a ban next week, individual Republicans could still opt to earmark, according to Shelby. Graham said he hoped most of his party would vote to keep the ban so his state could receive more money: “I’d encourage people: ‘Don’t go down this route.’ Me and Shelby, we’re spending it all.”

“I suspect that where we end up is some decide to do earmarks, some decide not to,” said Sen. John Kennedy (R-La.), who predicted Republicans would have “a pretty good fight” — though he drew the line at literal blood-spilling. “I don’t think anybody will end up getting stabbed about it.”

But the vote could have major political ramifications for a party divided on the issue. Earmark critics are already loud and will only get louder should the GOP toss the ban, first instituted by former Speaker John Boehner (R-Ohio) in 2010 after conservatives turned against spending money on projects like the notorious “Bridge to Nowhere” in Ketchikan, Alaska. 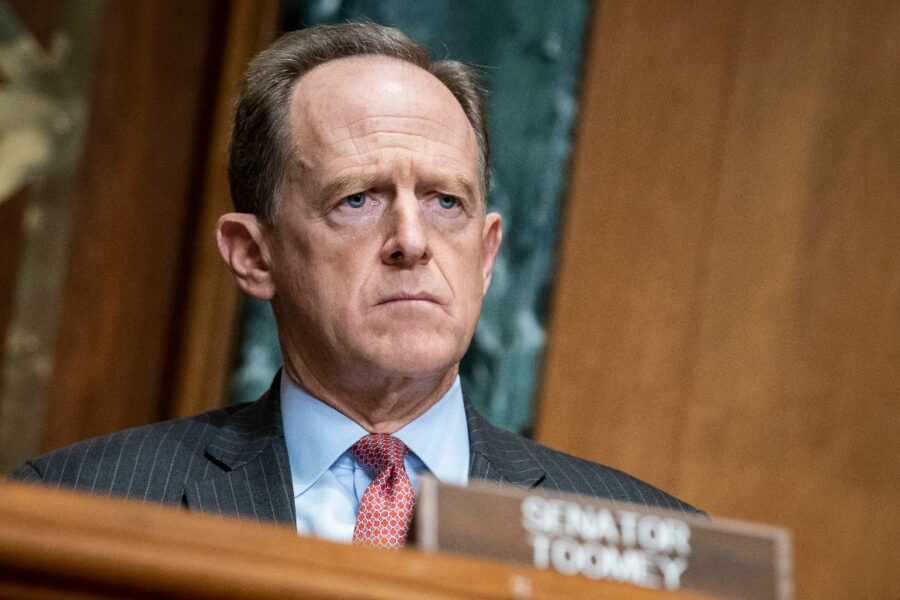 And earmarks also scramble the multiple factions within the GOP. Opponents of the practice include Cruz and Hawley, who challenged the certification of Trump’s loss to President Joe Biden, as well as Sens. Pat Toomey (R-Pa.) and Mitt Romney (R-Utah), who both voted to convict Trump in his second impeachment trial.

“I don’t favor going back to the bad old days of earmarks,” Romney said. “That Republicans were to change our mind at this stage? It doesn’t make sense.”

In the House, members of the hard-right Freedom Caucus are some of the only remaining Republican holdouts when it comes to earmark participation. Rep. Tom Cole (R-Okla.), a senior appropriator and defender of the practice, said he routinely beats back concerns that earmarks will be weaponized in attack ads and keep Republicans from regaining a majority in Congress.

“We didn’t lose the majority in 2006 because of earmarks and we didn’t get it back in 2010 because we didn’t have them,” Cole said in a recent interview. He insisted that they don’t “lead to excess spending.”

Though the political battle within the GOP is heated, Cole argued earmarks are “coming back one way or another.” In practice, that’s likely to look like this: Democratic and Republican caucuses in both the House and Senate will probably be given several billion dollars each to earmark to specific projects, and they can choose to use the cash how they see fit.

That money would be spent anyway — Senate Republicans simply have to decide whether they want to pick where it goes. It’s a question that could force a conference filled with presidential aspirants to make one of its last ideological breaks from the now-bygone tea party era that started 11 years ago.

“It’s going to be a lot more hoopla than outcome,” said Sen. Kevin Cramer (R-N.D.). “Whether we have them or don’t have them, I don’t see a lot changing. But the politics of that means that members have to be prepared to explain it.”