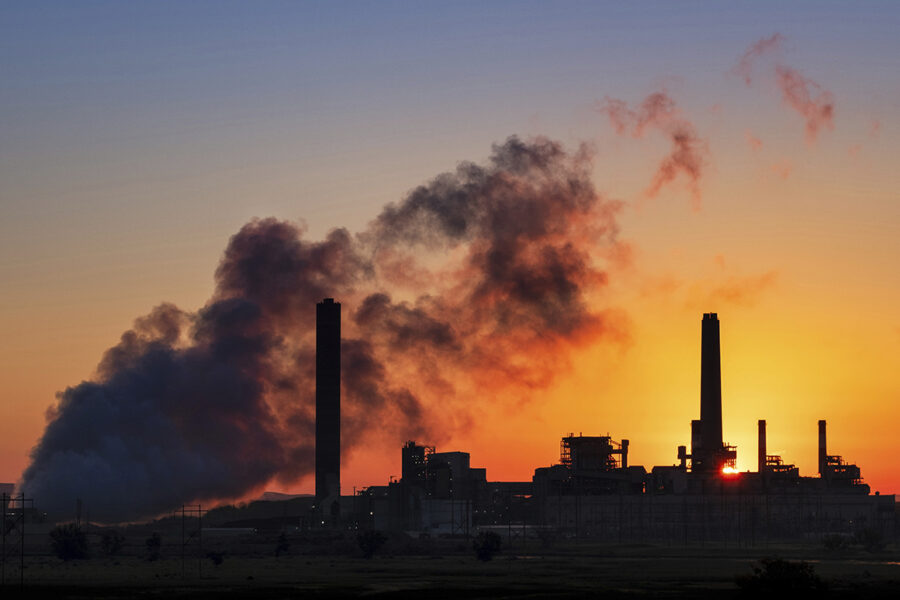 The U.S. is prodding world leaders to come to President Joe Biden’s climate summit next week with bold new pledges to fight the rising temperatures threatening the globe — but so far, he’s coming up empty.

The diffidence from both allies and rivals show how difficult it will be for Biden to live up to his promises to lead the world effort to face down climate change, and comes just three months after Biden brought the country back into the 2015 Paris climate accord that former President Donald Trump had spurned. It’s yet another sign of foreign leaders’ reluctance to follow Washington’s lead on climate change so quickly after enduring four years of Trump’s assault on international cooperation.

Biden is planning to use his platform at the “Climate Leaders Summit,” which begins Thursday, to put the U.S. back at the forefront of the global effort to cut greenhouse gas pollution and address worsening storms, devastating wildfires and rising seas.

The two-day virtual summit is expected to draw 40 world leaders, including Chinese President Xi Jinping and Russian President Vladimir Putin. The White House has whetted the appetite of the global community by promising to promote its new national target for slashing planet-warming gases, which people familiar with the administration’s thinking say will call for reducing the nation’s output by about half of 2005 levels by 2030.

That target, the details of which are still being ironed out, is part of the plan the U.S. must submit under its re-entry to the Paris agreement. (Having a plan is mandatory, but the size of the cuts is up to the United States to decide.) The White House is likely to issue a range for its emissions reduction target, the people said, and administration officials hope a significant cut will pressure both allies and rivals to follow suit.

“That will be a lot. That will be enough,” said David Sandalow, a former Obama and Clinton administration official. “Global meetings like this are important action-forcing events.”

But most foreign leaders are expected to show up empty-handed. The recent shuttle diplomacy by special climate envoy John Kerry through the Middle East and India, as well as last-minute trips to Shanghai and Seoul this week, are expected to yield little, if any, new commitments from major carbon polluters like China, the world’s largest, and India, the third biggest.

India’s environment minister, Prakash Javadekar, underscored that challenge in remarks Wednesday reported by the Hindustan Times, saying his country will not bow to pressure from the wealthier nations that have done the most to warm the Earth. “We are not responsible for the climate change that is happening,” he said.

People following the talks say the resistance to major new promises is partly due to the growing frequency of calls on national governments to announce ever more stringent measures. The diplomatic calendar is packed for this year, with the Biden summit adding another event that left foreign leaders little time for preparation. Many major economies still dealing with the economic fallout of the pandemic have had enough trouble getting their policies finished for looming G7 and G20 meetings, let alone devoting attention to the U.N. General Assembly in the fall and November’s international climate talks in Glasgow, Scotland.

“Countries have already been preparing for those, so if they give the Biden administration something now they have to think of something new for later,” said George David Banks, who led the Trump administration’s international climate efforts. “I think it’s a challenge.”

Rumblings have emerged in Washington that in addition to a carbon emissions reduction target, the U.S. might also formally call for ending public financing for overseas coal projects and sharply restricting public support for natural gas, along with issuing domestic measures to prepare the financial system for climate-related shocks.

Aside from those U.S. announcements, Biden’s summit may see few other substantive achievements. News reports indicate that Korea and Japan may issue new statements about ending public financing for coal projects and possibly boosting their emissions reductions goals, while Canada in February said it would increase its climate target alongside the U.S.

Developing nations also have lamented lackluster financial commitments from wealthier ones. In his remarks, India’s Javadekar blasted rich countries for failing to put up more money to aid less-developed nations that did little to produce the emissions that have put the planet in dire straits. Still, he said India would “over-achieve” its climate goals.

But officials from the EU, which has already pledged to cut its greenhouse gas output by 55 percent of 1990 levels by 2030, worry they will show up without new goals to offer at the summit. They fear being overshadowed by U.S. announcements that to date have been more spectacle than substance.

“U.S. wants to show they can get things moving. But I doubt you will see any new financial commitments,” an official from a participating country said via text message. “Because countries have not been very forthcoming during past conferences where organizers were very insistent on new commitments.”

The summit has therefore taken on the air of a welcome-home party for the United States’ return to the international climate stage, rather than a substantive negotiating session that will lead to political breakthroughs.

“The summit will be more of getting the U.S.’ house in order and using that to pressure [other countries],” said Kate DeAngelis, international climate finance program manager with the environmental group Friends of the Earth. “It doesn’t quite make sense to have an international summit if you don’t have announcements from other nations.”

Biden administration officials have been working overtime to pressure other nations to complement the U.S. announcements, in particular those that would cut off funding to finance coal projects.

Media reports in Japan and South Korea have indicated those two nations will make public declarations clarifying their previous vows to end public financing for overseas coal projects. Kerry has sought those wins as the Biden administration prepares to release its own policy tightening or even eliminating coal finance, which U.S. environmentalists expect could come next week.

Those announcements from Japan, Korea and the U.S. would be a significant blow to coal, the most carbon-intensive fossil fuel. That would also isolate China and make it the world’s last big lender for coal-finance projects, noted Sandalow, who is now at Columbia University’s Center on Global Energy Policy.

But signals from Japan and South Korea are mixed, with media reports conflicting each other. One Japan-based campaigner who spoke on condition of anonymity described rumored commitments as “rather vague.” And U.S. campaigners, like DeAngelis, said the two countries have often waffled on making more forthright statements.

Either way, the coal finance issue will likely emerge when Biden meets with Japanese Prime Minister Yoshihide Suga for a state visit Friday. Kerry was meeting with Korean and Chinese officials this week “to discuss raising global climate ambition” ahead of the summit, the State Department said.

Kerry and Energy Secretary Jennifer Granholm also have pressed oil- and gas-producing nations in the Persian Gulf for a unified statement on climate for the summit, though Biden officials acknowledged the chances of success were slim, according to a person familiar with the administration’s efforts. Biden officials had made direct pleas to Saudi Arabia for the kingdom to participate in the Gulf Cooperation Council climate meeting Kerry attended last week in Dubai, but it declined, the person said.

“The administration would love to see results and a commitment in time for the summit and they’re working very hard on it, but it’s difficult to envision it happening,” said the person who requested anonymity to discuss sensitive policy matters, referring to the likelihood of a climate announcement from oil-producing Gulf states timed for the summit.

People who have spoken with Biden administration officials also believe that environmentalists hoping the administration would issue a blanket ban against publicly financing natural gas projects next week will be disappointed. Those groups have hoped for a prohibition after Biden issued a January executive order directing agencies how to handle public finance for “carbon-intensive” energy projects.

A former Obama administration official who has spoken with the Biden team said approvals for federal investments for international natural gas projects will likely be issued on a case-by-case basis. Biden officials said they were particularly concerned that areas where zero-carbon energy projects simply were not viable and for which natural gas financing was unavailable would instead turn to coal, the person said.

That issue is particularly acute in Africa, and the Biden administration is paying close attention to how an overarching gas finance ban would affect energy projects there, said another person who requested anonymity to discuss private conversations.

Still another person with direct knowledge said Kerry is planning to travel to Africa, where he will encourage more investment in renewable energy, the person said.

Kerry, meanwhile, said in an interview with India Today last week that natural gas can be “part of the solution” for nations to reduce emissions.

“Every country still has to be part of the solution,” he said. “For instance, small countries as they build out their energy, don’t go to coal. Go to renewables. Go to new energy. Get a gas relationship or there are many other ways to plug your base load, but we need cooperation.”

Ben Lefebvre and Kalina Oroschakoff contributed to this report.