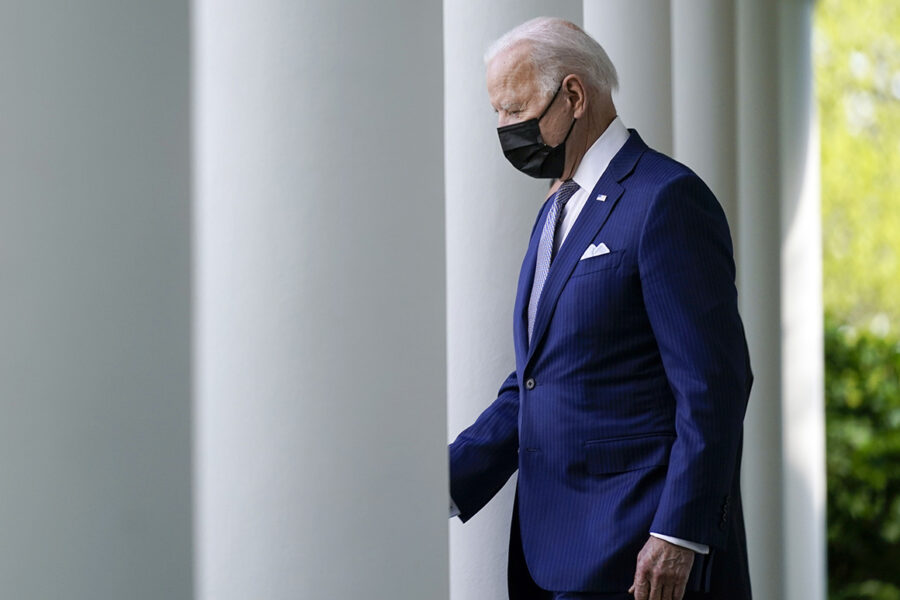 Facing condemnations from within their own party, the Biden administration quickly backtracked Friday on a decision to keep U.S. refugee admissions limited to 15,000 this year.

White House press secretary Jen Psaki said in a statement issued Friday afternoon that the administration expected to increase the number of refugees allowed into the country for the remainder of the year. But she added that Biden’s initial promise of admitting 62,500 refugees “seems unlikely.”

Her clarification came hours after the White House said it would maintain the historically low cap first set by the Trump administration — a statement that broke a pledge Biden made in February to raise the number, and one that Psaki acknowledged caused “confusion.”

The episode marked a rare flip-flop-flip for the president, and it yielded a barrage of denunciations from key allies who’d previously heaped praise on the administration for promising to rebuild the refugee resettlement program. Faith-based organizations that had lent valuable weight to Biden’s moral case against Trump during the election, said they still felt betrayed even after the White House issued its clarifying statement.

“He’s basically broken his promise, and he’s abandoned his commitment,” Jenny Yang, senior vice president of advocacy and policy at World Relief, said in an interview earlier on Friday. She later called the White House statement a “walk back” that changed little.

“Who knows if they’ll follow through on it which means 15K may remain in place,” Yang said in a text. “[And] they could have done this two months ago to recategorize the allocations.”

Prior to Psaki’s clarification, the White House had defended keeping the current cap in place, stressing that the determination reversed Trump’s restrictions on refugees from regions like Africa and the Middle East and would also expedite the current processing backlog.

Biden had promised during the campaign to increase the number of refugees allowed into the United States to 125,000. In February, he changed that number to more than 60,000 for the current fiscal year. When his administration said on Friday that it would not follow through on that reduced cap, faith-based organizations and resettlement agencies, some of whom have contracts with the government to process and receive refugees, sharply criticized it for what they said was tortured logic.

The White House said the refugee admission program required a major overhaul before the country began processing a greater number of refugees in subsequent years, though World Relief and Lutheran Immigration and Refugee Service both said they are able to handle an increase in refugee admissions.

The White House also said that its initial determination was due, in part, to an increase of migrants at the U.S.-Mexico border and the “decimated” system left behind by the prior administration. The Office of Refugee Resettlement under the Health and Human Services Department is responsible for both unaccompanied children and refugee resettlement, said an administration official, adding that the increase of migrants required more time to ensure the agency has adequate resources to handle both. 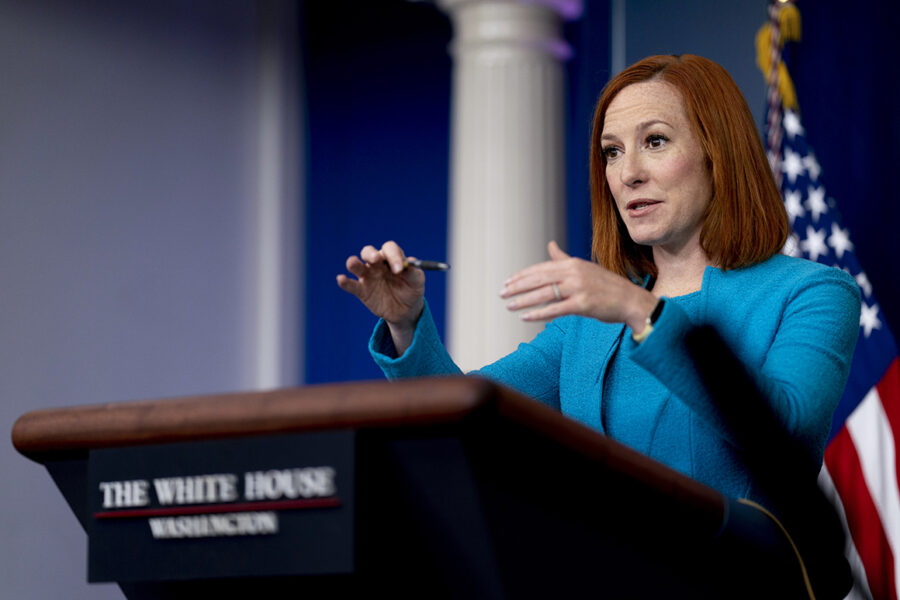 The assertion from the administration that refugees and migrants seeking asylum at the border were correlated, drew the ire of refugee advocates who noted that they are processed in different systems. They called the administration’s argument Trump-like.

“That is the same excuse the Trump administration used,” said Nate Bult, vice president of government affairs for Bethany Christian Services, an evangelical nonprofit. When issuing its refugee admission determinations the Trump administration would add up “the total number of refugees resettled with the number of people seeking asylum in the US, and tried to conflate the two categories,” said Bult. “The Biden administration knows that asylum seekers and refugees are vastly different populations processed under two completely different paths, using different staff members and different federal agencies.”

Bult said many of the evangelicals he’s spoken to who voted Democrat for the first time in 2020 because Biden promised to rebuild the refugee program “are feeling betrayed.”

Bult was reached once again after the White House issued its clarification. “At this point,” he said, “there are too many broken promises to give them the benefit of the doubt.”

As the White House now gets set to meet a self-imposed May 15 deadline for releasing a new refugee cap, it is planning to meet with the nine non-governmental agencies that work with the government to resettle refugees. The meeting, Yang said, would come next week and would include World Relief, a Christian humanitarian organization.

Psaki said that Friday’s presidential determination came after consulting with advisers about how many refugees could “realistically” be admitted. “The President was urged to take immediate action to reverse the Trump policy that banned refugees from many key regions, to enable flights from those regions to begin within days; today’s order did that,” she said.

The White House did not provide an explanation for why it didn’t say in its initial announcement that the president would issue a “final, increased refugee cap” by May 15.

“The administration needs to shed light on the improvements that are making and the goals they strive for,” Ali Noorani, executive director of the National Immigration Forum said Friday evening. “Americans, from the right to the left, do not want the president to play politics with refugees’ lives.”

“These refugees can wait years for their chance and go through extensive vetting,” Durbin said in a statement. “Thirty-five thousand are ready. Facing the greatest refugee crisis in our time there is no reason to limit the number to 15,000. Say it ain’t so, President Joe.”

Further, Castro and a number of nonprofit refugee organizations accused the Biden White House of limiting the number of refugees due to politics and optics at the border — suggesting that Biden had caved to GOP attempts to blame his approach and policies for the increase in migrants.

Though the White House faced strong backlash for its initial determination, refugee resettlement agencies and Democrats did credit it for lifting geographic limitations implemented by the Trump administration. The White House allocated 7,000 slots for refugees from Africa, 1,000 for East Asia, 1,500 for Europe and Central Asia, 3,000 for Latin America and the Caribbean, 1,500 for Near East and South Asia, and 1,000 for an unallocated reserve of refugees.

Michael Wear, senior adviser to Not Our Faith PAC and former religious outreach director for President Barack Obama’s reelection campaign, defended the administration’s decision and said he expects Biden to ultimately follow through on raising the cap.

“Because the situation at the border is so significant and fluid, and because circumstances might force the White House’s hand when it comes to making policy decisions, it makes the refugee cap decision a more complicated one than it would otherwise be — both politically and from a policy perspective,” Wear said in an email, adding that “some on the left have sought to downplay what is happening at the border.”