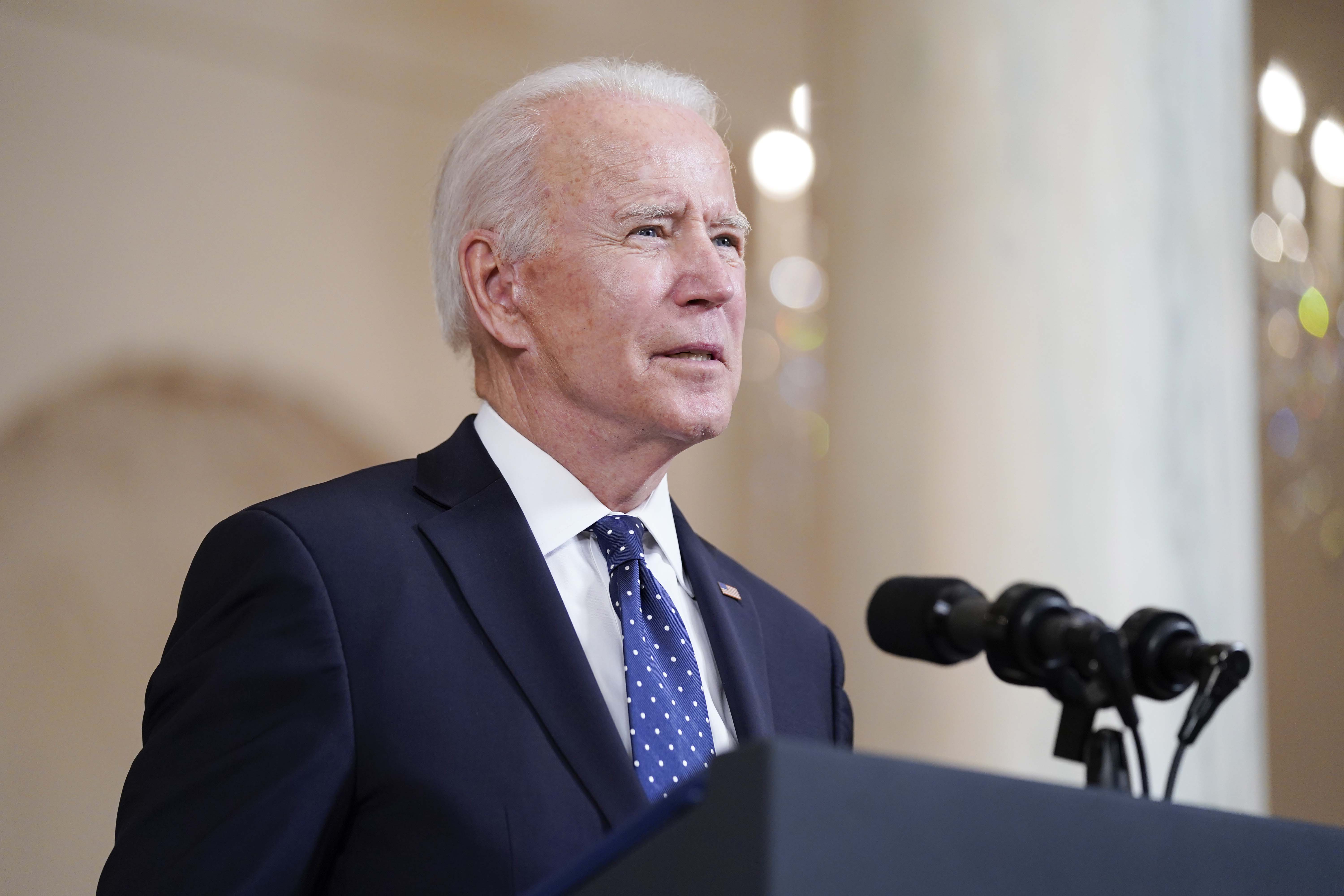 President Joe Biden renewed his calls Tuesday for action to address racial discrimination in policing and the criminal justice system, in response to the guilty verdict of the former police officer who killed George Floyd in Minneapolis last May.

“Nothing can ever bring their brother, their father back,” Biden said after speaking with Floyd’s family. “But this can be a giant step forward in the march toward justice in America.”

His remarks were in response to the guilty verdict delivered by the jury late Tuesday afternoon in the trial of Derek Chauvin, the former Minneapolis police officer who killed Floyd. But they were born from decades of experience navigating the tumultuous fallout of verdicts that almost always go in the other direction.

Indeed, racial tensions — mainly, the riots that ripped apart his adopted hometown of Wilmington, Delaware, following the 1968 assassination of Martin Luther King Jr. — were instrumental, Biden said, in shaping his understanding of racial inequalities, law enforcement, and the value of public service.

It wasn’t a straight line from there until now, not for Biden himself and certainly not for racial progress. As a senator, Biden cast himself as a tough-on-crime Democrat, spearheading the type of legislative initiatives that activists now say made police feel so emboldened in the first place.

Biden refused to back away from that posture until recently. After all, it was politically useful for him. When a New York City police officer was shot and killed in 2014, it was Biden, not his boss Barack Obama, who was dispatched to attend the funeral.

The assassin’s bullet, Biden told the mourners in Queens, targeted officers, the city and it “touched the soul of the entire nation,” he said, drawing on his relationships with law enforcement and his own family’s experience with grief.

Those in Biden’s orbit say it is his ability to walk among that crowd — to speak their language — that has allowed him to be such an effective voice for racial justice now. His motives aren’t questioned like they would be for another Democrat. His involvement won’t inflame tensions like Obama’s did during his presidency. When Obama issued a statement after the Michael Brown verdict, he made sure to note that “there are good people on all sides of this debate… that are interested not only in lifting up best practices.”

During the 2020 campaign, Biden didn’t try to level the sides. He tried to harness the image of a politician angered by the failure of the country to progress. His launching pad was Donald Trump’s handling of the 2017 white nationalist rally in Charlottesville. But it was Floyd’s death that ended up dominating the campaign conversation, touching off a worldwide movement for police accountability.

As the contrast with Trump came into starker view — and not even 24 hours after law enforcement used tear gas to clear a park so Trump could stand outside St. John’s Church to hold up a Bible — Biden delivered a seminal address in Philadelphia in which he denounced systemic racism and implored Americans to look in the mirror: Is this who we are? Is this who we want to be?” he asked.

He called on Congress to make a down payment on the “work of a generation” to reduce police brutality, banning police choke holds and taking weapons of war from departments. “It’s time to pass legislation that will give true meaning to our constitutional promise of legal protection under the law,” Biden said in Philadelphia, where Obama had given his own major speech on race in 2008.

Before the speech, Biden met with big-city mayors, telling them he believes that the “blinders have been taken off.” “I think this tidal wave is moving,” Biden said.

“I realize we’ve got to do something big, we can do it, and everyone will benefit from it.”

It opened him up to the very attacks from Republicans that he had sought to avoid years earlier when he worked on crime bills. It also failed to placate some in his own party too, who wondered how reformed he actually could be if his campaign proposal was calling for an increase in police funding.

All that culminated Tuesday when the jury, which reached its verdict after more than 10 hours of deliberations over two days, found Chauvin guilty on all three counts of second-degree unintentional murder, third-degree murder and second-degree manslaughter.

Both Biden and Vice President Kamala Harris watched the verdict with aides in the private dining room of the White House, officials said. A day earlier, the president had called the Floyd family to say he was praying for them and hoping for a favorable outcome. After the guilty verdicts were handed down, he and Harris called again, this time promising that they would fight for passage of the George Floyd Justice in Policing Act, the criminal justice reform bill that has passed in the House but not the Senate.

It’s a promise Biden’s made before, but one he’s having trouble keeping. The White House has been focused on other priorities, and Biden recently sidelined a key piece of his summertime pledges when the White House confirmed it would not pursue organizing its long-planned police oversight panel.

“Nothing is going to make it all better, but at least now there’s some justice,” Biden said on the phone with the family, a video of which was posted to Twitter by their attorney. “We’re going to stay at it till we get it done,” he said of the reforms.

The call lasted less than four minutes. But it was a moment unique in U.S. history — a president openly engaging in an act of collective relief over an outcome in the criminal justice system.

David Litt, a speechwriter for Obama, recalled how 12 years ago, his old boss caused a national incident when he called out the stupidity of a police officer arresting a Harvard professor at that professor’s home.

“It’s easy to forget, we were such a different country about these issues in 2009,” Litt said of the infamous Henry Louis Gates incident. “And now even conservatives who are conflicted about today’s verdict, most of them have to acknowledge that there is at least some problem. The general understanding on how most Americans see these issues has totally changed.”

It’s changed for Biden too. As he took to the cameras hours after the verdict came down, the president emphasized the need to take action and called on Americans not to forget Floyd’s last words: “I can’t breathe.”

“This can be a moment of significant change,” he said.

The president pointed to the number of factors — someone to record the killing, a nearly 10-minute-long video, police officers testifying against one of their own, among others — that it took to reach a decision that he said was “much too rare.”