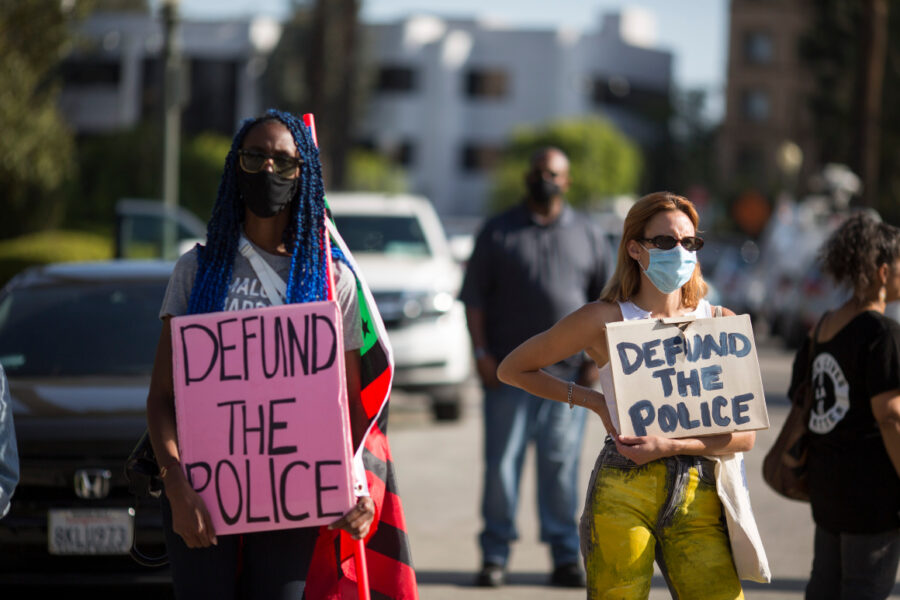 Derek Chauvin has a few issues he can pursue to appeal his conviction Tuesday on murder and manslaughter charges in the death of George Floyd, but the former Minneapolis Police Officer faces an uphill battle in trying to overturn the jury’s three guilty verdicts, legal experts said.

Testimony at the three-week-long trial, court rulings that preceded it, another nearby killing of an African American motorist by police and provocative comments by politicians are all expected to factor into Chauvin’s efforts to challenge the verdicts.

While Arradondo’s testimony was expected to focus on the police force’s training and policies, the chief also twice told jurors that Chauvin’s actions violated the department’s “values.”

“It is certainly not part of our ethics or our values,” said Arrandondo, who had previously offered in public that Chauvin’s actions amounted to murder.

Some experts said the judge probably shouldn’t have allowed the chief to opine so broadly.

“He gratuitously added that this doesn’t adhere to our standards or our values,” said Geoffrey Alpert, a professor of criminology and criminal justice at the University of South Carolina. “He probably shouldn’t have said that.”

While most witnesses are categorized as experts or fact witnesses, the police chief seemed to operate in both realms by discussing department policies, police techniques and the investigation into Floyd’s death.

“That’s something an expert witness isn’t supposed to do, but the fact [prosecutors] posted him as a fact witness kind of finessed that,” said Mark Osler, law professor at the University of St. Thomas, which is based in the Twin Cities. “There’s no doubt that he was a very good witness for the government.”

Osler said Arrandondo’s hands-on role might seem odd in bigger cities but made sense in Minneapolis.

“In New York City, if something like this happened, there are so many levels in the police department and it’s a bigger operation,” Osler said. “We’re a small enough place here that the third or fourth person called when something big happens is the chief of police. … He was on the scene, he was involved in a lot of the decisions made.”

While testimony from a sitting police chief at an officer or former officer’s trial is highly unusual, Arradondo also testified two years ago at the trial of ex-Officer Mohamed Noor, who was convicted of murder for shooting Justine Damond, 40, while responding to her 911 call about a possible sexual assault.

Noor was convicted and sentenced to 12 and a half years in prison. The Minnesota Supreme Court announced last month that it would take up Noor’s appeal, but it is unclear whether the justices will delve into any issues that could affect Chauvin’s case.

The public uproar over Floyd’s death and the attention heaped on Chauvin’s trial by the media and prominent politicians could also provide fodder for an appeal, lawyers said.

Rep. Maxine Waters (D-Calif.) and even President Joe Biden bolstered the expected appeal with comments that suggested convictions in the case were needed to keep the peace.

Those remarks prompted a flash of anger from the normally mild-mannered judge, Cahill, who called her comments “abhorrent.”

“I’ll give you that Congresswoman Waters may have given you something on appeal that may result in this whole trial being overturned,” Cahill declared. “This goes back to what I’ve been saying from the beginning. I wish elected officials would stop talking about this case, especially in a manner that is disrespectful to the rule of law and to the judicial branch and our function.”

Despite his suggestions about an appeal, Cahill declined to declare a mistrial or to interview jurors about whether they’d heard Waters’ remarks.

Biden’s comments on Tuesday morning that he was praying for the “right verdict” were a bit more vague than those from Waters, but also seemed to signal a concern that an acquittal could lead to trouble. The president did add that he was sharing his thoughts only because the jury was sequestered after closing arguments on Monday.

Osler said defense lawyers were likely to argue that the high-profile statements created an atmosphere that put pressure on the jury.

“Their basis of appeal would be that jurors were influenced not by the evidence, but by fear of what happened if they didn’t convict,” the professor said, noting that the defense was denied a change of venue for the trial.

Another potential influence in the middle of Chauvin’s trial: the shooting and killing of an African-American suspect, Daunte Wright, by a police officer in the nearby suburb of Minneapolis.

Convictions have only rarely been overturned based on publicity prior to or during the trial, or perceptions of pressure on the jury. The most prominent such case recently involved Dzhokhar Tsarnaev, who was sentenced to death following a jury trial for the deadly bombing of the Boston Marathon finish line in 2013. Tsarnaev’s lawyers opposed the death sentence, but conceded his involvement in the bombing.

Last year, a federal appeals court overturned the death sentence, ruling that the 2015 trial appeared to have been tainted by “an avalanche of pretrial publicity” and that the judge overseeing the case did not adequately question jurors about whether they were exposed to the “reign of terror” in the Boston area during the manhunt for Tsarnaev and his brother, who died during a shootout with police.

The Supreme Court announced last month that it would take up the marathon bombing case, meaning the justices will likely issue a ruling on the publicity issue late this year or early next.

In a uniquely Minnesota twist to the case, Chauvin may even have a ground for appeal on the basis that prosecutors were too mean to his defense lawyer. After a prosecutor called the defense’s arguments “nonsense,” defense attorney Eric Nelson objected.

“We actually have a rule in Minnesota saying you can’t belittle the defense,” Osler said, explaining the rule as a product of the state’s reputation for courtesy.

“It’s a very Minnesota issue,” he said. “In Texas, if as a prosecutor you weren’t belittling the defense, you probably wouldn’t be doing your job.”