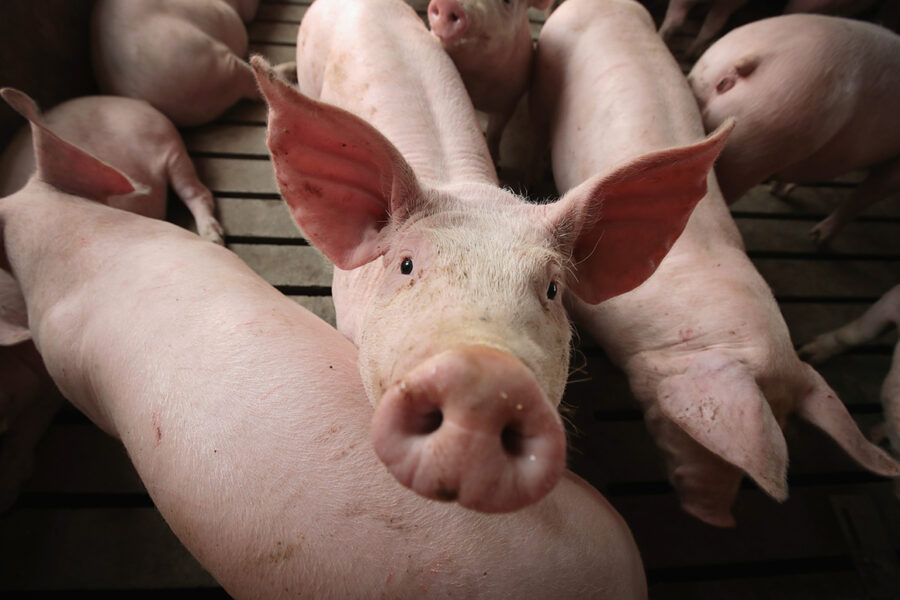 President Joe Biden needs the help of the powerful farm industry to reach his sky-high climate goals. But his plans for cutting agricultural emissions might not have enough teeth to take a big bite out of global warming.

Biden on Thursday pledged a drastic reduction in U.S. greenhouse gas emissions by 2030. But the White House hasn’t set any specific targets yet for agriculture, which accounts for 10 percent of all U.S. emissions, according to the EPA. Those discharges mostly stem from fertilizers, livestock and manure.

“To be realistic, the administration has to look at cutting some of the existing emissions,” said Rep. Chellie Pingree (D-Maine), who sits on the House Agriculture Committee. “We are going to have to talk about cutting emissions from farms and changing some of the practices.”

The administration has steered clear of discussing stricter environmental regulations that could scare off the largely conservative farm sector, as well as the rural lawmakers that Biden will need to advance many of his environmental goals. Farmers have been slow to wake up to the reality of climate change, though increasingly extreme weather of late has hammered farm country and forced a reckoning.

A summary of Biden’s climate pledge notes that agriculture is both a source of greenhouse gases and potentially a key piece of the solution by capturing and storing heat-trapping carbon dioxide in forests and farmland. Environmental advocates, like the left-leaning Institute for Agriculture and Trade Policy, say the White House needs to address both sides of that equation to make a dent in global warming.

“It’s difficult to make concrete pledges in terms of using ag as a carbon sink,” said Ben Lilliston, the institute’s director of rural strategies and climate change. “You can be more concrete around reducing fertilizer use [and] trying to address emissions around these large-scale hog and dairy operations.”

So far, the Biden administration is leaning heavily toward awarding financial bonuses for farmers, ranchers and foresters who retool their operations to suck carbon from the atmosphere. The White House blueprint specifically calls for “incentives” to reduce methane and nitrous oxide emissions through new farm practices and technologies.

“We are making an aggressive reduction target for the country,” Agriculture Secretary Tom Vilsack said on Thursday during a briefing with reporters. “Part of our effort will focus on enhancing climate-smart agricultural practices, the development of biofuels, carbon capture and sequestration, better forest management and reforestation.”

An especially thorny topic that could draw huge resistance from farmers and ranchers is what to do about methane emissions from cows and other livestock. The industry and many farm-state lawmakers have slammed efforts by politicians to promote “Meatless Mondays” or other programs aimed at reducing meat consumption for environmental reasons.

Vilsack hinted at the carbon footprint of meat and dairy production on Thursday, suggesting that methane emissions can be addressed by helping livestock producers adopt innovations, such as feed additives that cut the amount of methane belched out by cows, or technology to capture noxious gases from manure pits and convert them into an energy source.

The Biden administration’s cautious rhetoric is a product of the tenuous partnership between environmentalists and major farm industry groups that are increasingly open to taking on climate change through voluntary efforts and incentives.

It’s also in Biden’s political interest to stay in the good graces of the powerful ag sector. While farmers and ranchers make up a small fraction of the population, agriculture remains central to the rural economy and politics. That’s especially true in key battleground states such as Iowa, North Carolina and Wisconsin, which are home to massive livestock and dairy operations.

Farmers made up a central piece of former President Donald Trump’s base, and he frequently bragged about repaying his supporters by flooding the industry with unprecedented taxpayer subsidies. Biden has tried to make inroads in rural communities, but his climate agenda remains a source of skepticism.

“They really have been very careful in the language they use,” Lilliston said. “They’re definitely taking a non-confrontational, non-regulatory approach.”

Lilliston also doubts that carbon sequestration or methane capture technologies will be as effective as Vilsack and other officials hope. “It’s going to be hard to shift U.S. agriculture when you have one particular model — we would call it a factory farm model — that is dominant and is allowed to evade a lot of regulations,” he said.

Industry groups say farmers are stepping up efforts to limit the climate impact of their operations. For example, the National Pork Producers Council in January launched a “Farming Today for Tomorrow” campaign to tout the sector’s shrinking carbon footprint compared with previous decades. The American Farm Bureau Federation marked Earth Day on Thursday by promoting farmers and ranchers “leading the way in climate-smart practices that reduce emissions, enrich the soil and protect our water and air.”

Pingree, who sits on the House Agriculture Committee and the appropriations panel that oversees USDA’s budget, has called for a balanced approach to nudging the industry toward more climate-friendly practices.

“I really don’t think it’s either/or,” she said. “USDA is interested in finding ways to combine these, so that we aren’t just pointing our fingers at farmers and saying, ‘It’s all your fault. You fix the problem.’ We’re saying, ‘Hey, we could be great partners in helping reduce the amount of carbon in the atmosphere as well as upgrading your practices.’”

Ximena Bustillo contributed to this report.