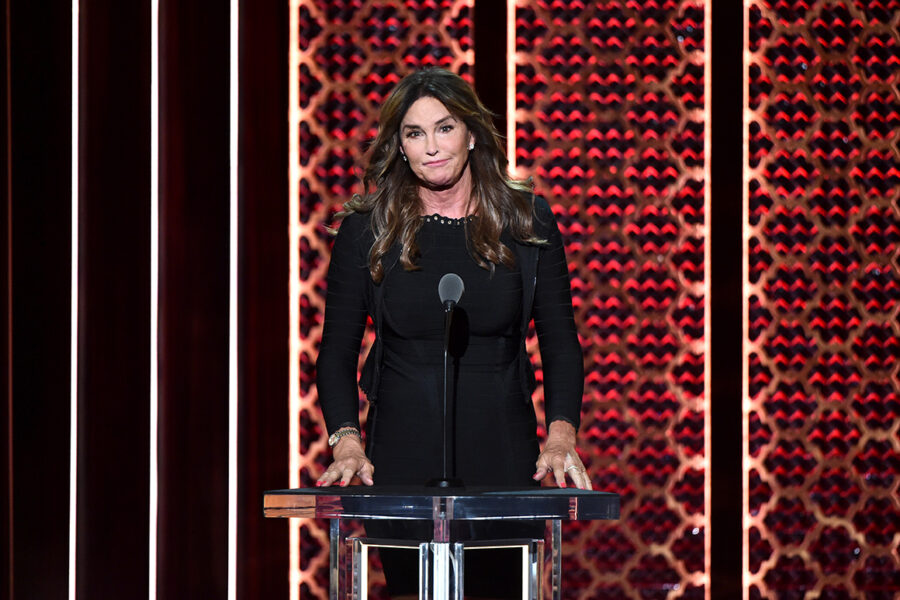 Caitlyn Jenner, the former Olympic gold medalist in the decathlon turned TV star and transgender activist, is officially running for governor in California. Her entry puts a Hollywood-sized spotlight on the GOP-led effort to eject Democratic Gov. Gavin Newsom from office — complicating his path, firing up social media and raising questions about just how much of a circus-like atmosphere will dominate the election to determine who will lead the world’s fifth largest economy.

The entrance of a Republican celebrity into California’s almost-certain recall election conjured memories of the 2003 contest that propelled Arnold Schwarzenegger into the governor’s office. Democrats immediately began dismissing comparisons, suggesting that Jenner doesn’t have the status or California political involvement that Schwarzenegger had at the time.

Jenner, however, will give Newsom a challenger with name recognition and wealth in a vast state of 40 million people, where candidates often struggle to connect with voters in large and distinct media markets.

She said she has filed paperwork to run for governor but won’t make a “formal announcement” until “the coming weeks.” In a statement, Jenner sharply criticized Newsom as well as Democrats in the state legislature.

“California has been my home for nearly 50 years,” Jenner said in the statement. “I came here because I knew that anyone, regardless of their background or station in life, could turn their dreams into reality. But for the past decade, we have seen the glimmer of the Golden State reduced by one-party rule that places politics over progress and special interests over people. Sacramento needs an honest leader with a clear vision.”

While the recall election has not yet been scheduled, organizers say they submitted hundreds of thousands of signatures more than the minimum needed to force a special election prior to the 2022 midterms, when Newsom was planning to seek a second term.

Jenner, 71, is getting aid from a network of former President Donald Trump’s staffers and consultants. POLITICO has reported that she has been talking with former Trump campaign manager Brad Parscale and Tony Fabrizio, the former president’s pollster. Axios reported Friday that Steven Cheung, who served as a senior communications adviser for Trump’s unsuccessful reelection campaign, will also join the Jenner effort.

Newsom immediately telegraphed Friday he would highlight Jenner’s ties to Trump figures — a potential liability given the former president’s enduring unpopularity among California voters — to rally his supporters and raise money.

“She is working closely with Donald Trump’s former presidential campaign manager and the person behind his small-dollar fundraising success,” Newsom said in a Friday morning email to supporters. “So we’re going to need help keeping up with Caitlyn’s personal wealth and ability to raise money from right-wing donors now that she has Trump’s team with her.”

Jenner’s initial statement did not echo many of the top priorities of Trump, who won only 34 percent of the vote in California in the 2020 election. Instead, she called herself “a compassionate disruptor throughout [her] life” and framed her campaign around a post-Covid economic recovery.

“Small businesses have been devastated because of the over-restrictive lockdown,” she said in the statement. “An entire generation of children have lost a year of education and have been prevented from going back to school, participating in activities, or socializing with their friends. Taxes are too high, killing jobs, hurting families, and putting an especially heavy burden on our most vulnerable people.”

Jenner also jabbed at Newsom for a major misstep that gave oxygen to the recall drive in November: his dinner at the French Laundry restaurant as he urged Californians to stay home and avoid gathering in groups.

“This isn’t the California we know. This is Gavin Newsom’s California, where he orders us to stay home but goes to dinner with his lobbyist friends,” she said.

Republican strategist Rob Stutzman, who served as an adviser to Schwarzenegger in the 2003 recall, said Jenner’s chief impact as a candidate could be significant “because this pushes this recall into the realm of pop culture,” providing shows like Saturday Night Live and late-night comedians with plenty of fodder — “and that is not where Newsom’s people want to run the race.”

Still, Jenner will face significant obstacles to winning election as a Republican. If, as expected, the recall is approved, voters will face a ballot with two questions: whether to remove Newsom from office, and who should replace him. While Jenner’s wealth and celebrity — and a crowded field that could yield a winner with only a plurality of the vote — could help her stand out, the ballot of potential Newsom replacements would only matter if a majority of recall voters chose to remove Newsom on the first question.

When Schwarzenegger ran in the 2003 recall, he had just led a successive initiative campaign the previous year that required California to earmark funds for after-school programs. That effort dovetailed with his previous work as chairman of the President’s Council on Physical Fitness and Sports for President George H.W. Bush and as a co-founder of a nonprofit focused on sports programs for disadvantaged children. The initiative campaign also had the effect of introducing Schwarzenegger to California voters as he was contemplating a run for office.

Jenner has become a voice for transgender rights, but Democrats and other California political players on Friday noted that she has had little involvement with state issues. It is likely that Jenner will try to use that as an asset as an outsider trying to change California government.

Schwarzenegger spokesperson Daniel Ketchell asserted Friday on Twitter that there is little in common between Jenner and Schwarzenegger aside from celebrity. Ketchell suggested Jenner’s move was more reflective of Trump — who arrived with major name recognition, but no political experience.

Stutzman said that Jenner’s entry reprises some of the same issues and angst about celebrity candidates. “When we saw this 18 years ago, there were figures from pop culture that used the recall as a platform to buffet their own fame,” he said.

“We should give her a chance to see if she can articulate a vision for governor before defining this as something to chalk up to a stunt,” Stutzman said. But given her lack of involvement in civic issues and rare commentary on politics, “I don’t think she develops into a serious candidate who has a huge impact on the race.”

California LGBT leaders on Friday greeted Jenner’s entry with heavy skepticism and accusations that she was part of a Trump-backed recall effort.

“It’s a desperate grasp for publicity that would almost be comical if this recall weren’t such a dangerous threat to the health, safety and civil rights of trans Californians,’’ said Samuel Garrett-Pate, spokesperson for Equality California, one of the nation’s largest advocacy groups for the LGBTQ and transgender community. “The Trump Administration spent 4 years attacking the trans community — trans students, patriotic trans servicemembers, trans patients in hospitals and trans people experiencing homelessness. Caitlyn said so herself.”

According to polls, the governor is currently well-positioned to fight off the effort. A Public Policy Institute of California poll released last month showed just 40 percent of likely voters would choose to remove Newsom before the end of his term, while 56 percent would vote “no” on the recall.

Jenner is not the only Republican to jump in for the likely recall. Businessman John Cox, whom Newsom defeated easily in 2018, is running again, and former San Diego Mayor Kevin Faulconer is also in the race.

Republican consultant Tim Rosales said it’s too early to determine how she would affect the nascent field of Republican challengers.

“At this point, I think any Republican in the race has as good a shot as anybody else,” said Rosales, who until recently worked for Republican businessman John Cox’s campaign. “I don’t think voters have a particularly strong views or that any of the candidates are particularly well-defined at this point to voters who are considering an alternative to the governor, so I think it’s potentially an open field for any candidate.”

POLITICO reported this week that Jenner did not cast ballots in nearly two-thirds of the elections in which she was eligible to vote since 2000. Though critical of Newsom, she did not vote in the 2018 gubernatorial election in which the Democratic governor had the biggest landslide victory for a non-incumbent since 1930. Nor did she vote in the 2003 gubernatorial recall.