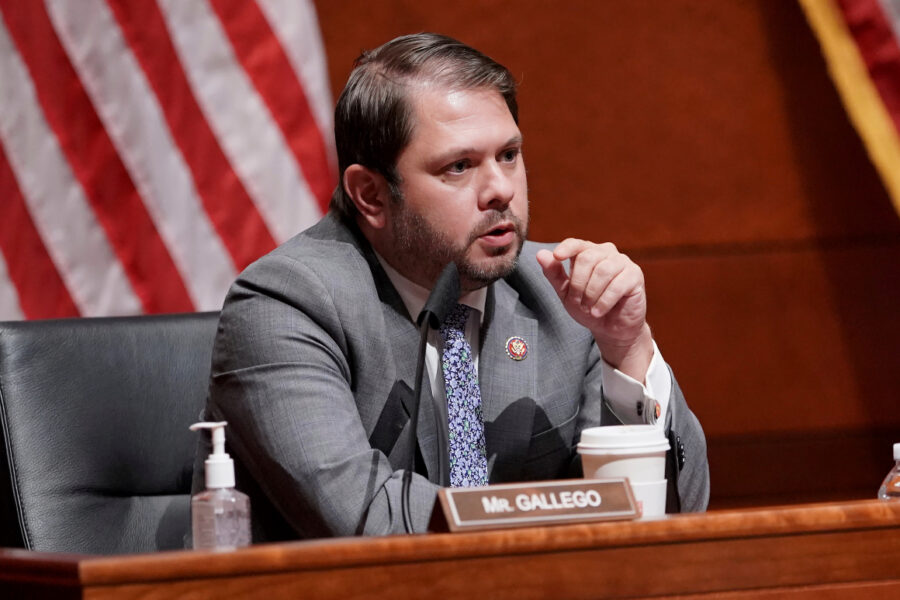 A decade of booming growth in the Sun Belt appeared set to pay off with a big jolt of new political power after the 2020 census, with Texas, Florida and Arizona projected in early estimates to pick up as many as six additional House seats combined.

But the official apportionment numbers released Monday sent only three new seats to those three states — two in Texas, one in Florida and, perhaps most surprisingly, none in Arizona — shocking members of both parties and raising concerns among Latino politicians and activists that the Census Bureau, despite years of warnings and advocacy, undercounted their communities in those heavily Latino states.

The results of the apportionment will last for 10 years, not only in representation in the House but in hundreds of millions of dollars that the federal government will allocate by population over the next decade. It will also change the course of redistricting in those states, where Latino groups who fear their communities got missed in the counting are trying to make sure they are represented in the mapmaking process. Newly drawn seats can provide openings for rising politicians. Arizona Sen. Kyrsten Sinema, for one, broke into Congress via a brand-new House district in Tempe a decade ago.

Several states spent millions of dollars on campaigns to urge residents to complete the census count. But some of the states that ultimately lost out were not among them.

“Three of the states with large Latino populations — Arizona, Texas, Florida — who underperformed in the apportionment gains, were also three states that virtually invested nothing in outreach to complement what the Census Bureau was doing,” said Arturo Vargas, the CEO of NALEO Educational Fund, an organization for Latino politicians. “Texas did something at the very last minute, but Florida and Arizona did not invest the kind of resources that you saw, for example, New Mexico put in, or New York or California.”

It will take time to figure out the details of the census population count: Monday’s release only contained each state’s topline population numbers and the number of House seats, with demographic information and more granular geographic data set for release in the late summer.

But the belief in Arizona is that there was “definitely an undercount,” said Rep. Ruben Gallego (D-Ariz.), who is also the chair of the political arm of the Congressional Hispanic Caucus. Gallego also said that other underserved communities may have also been missed.

“I don’t want to assume that the undercounting is among Native Americans, among poorer first-generation Latinos,” Gallego added. “But unfortunately, I think that may be the case. We warned people about this, and now this is the net result.”

“To me, it suggests that there’s smoke here about how well this census really was [conducted],” said Vargas. “Given all the challenges that we knew the Bureau had, to me there has to be more than just a mere coincidence that all this happened at once,” he continued, also citing the numbers showing low population growth overall across the U.S.

Some of that blame, Latino lawmakers and activists say, goes to former President Donald Trump. Trump’s administration spent much of his presidency trying to add a question about citizenship to the decennial census. After failing to do so, Trump sought other ways to determine respondents’ citizenship status with administrative and other data. Democratic lawmakers and Latino groups furiously resisted Trump’s moves, warning that the efforts — even if unsuccessful — would suppress responses to the survey.

In a briefing on the Census results Tuesday, former Attorney General Eric Holder, who leads Democrats’ main redistricting organization, conceded the country may never know for certain how much or whether those moves changed the final results.

“I at least am always going to be wondering what the impact of their efforts had on the willingness of people in the Hispanic community to raise their hands and to be counted,” Holder said.

The saga has increased pressure on Latino groups to get involved in the map-drawing processes later this year.

“We want to ensure that moving forward in the redistricting process, we have our input as communities and communities are participating. But we know and we feel like we don’t have a fair starting point,” said Eduardo Sainz, the national field director of Mi Familia Vota, which has state branches across the Sun Belt.

The Census Bureau, for its part, said it was confident in its data during the apportionment release on Monday. “It is too early to speculate on undercounts for any specific demographic group,” Karen Battle, the chief of the population division at the Census Bureau, said in a statement to POLITICO on Tuesday, noting the redistricting release over the summer will have demographic details. “We look forward to the release of the Post Enumeration Survey results this fall, which will provide information on the coverage of demographic groups in the 2020 Decennial Census.”

Census Bureau acting Director Ron Jarmin also said he was confident in the numbers when asked by a reporter why Texas and Florida gained fewer seats than expected — and whether the Hispanic population was overlooked.

“We did do a very thorough job, especially in those areas, making sure that we counted everybody,” Jarmin said at a Monday press conference. “Some folks’ projections might have been based on slightly higher population growth projections.”

For months, most Census estimates indicated that Florida and Texas were poised to gain multiple districts. Texans were so optimistic their delegation would grow from 36 seats to 39 seats that some openly mused about creating at least two new safe GOP seats, perhaps using the third as a Democratic “vote sink” to keep other districts tinted red. GOP strategists in Florida were also hopeful about adding two new Republican seats if their delegation moved from 27 seats to 29.

Now, state legislators will have to factor in smaller than expected growth in both places. It’s too soon to say whether that could provide any net benefit to Democrats in those states.

Arizona’s stagnant position is most likely a setback to Democrats. An independent commission runs the state’s redistricting process, so the GOP legislature would not have been able to craft a new red seat. And a new district in the rapidly growing Phoenix suburbs could very well have proved friendly to Democrats, who won two Senate races and the presidential election in Arizona in the last three years.

But with no change in Arizona’s overall seat count, a commission may favor the status quo.

Census Bureau officials noted that most states’ official population totals were within 1 percentage point of earlier estimates, produced independently of the decennial count, as a reason for confidence in the apportionment numbers. In a preliminary analysis of the data from the Bureau, Arizona was the only state to have a census count at least 2 points lower than the estimated count.

Texas and Florida were both less than 1 percent below earlier estimates. But the two states where Latinos make up the largest shares of the population, Democratic-controlled New Mexico and California, both came in higher than estimates for total population, though California still lost one of its 53 House seats.

The consequences of an undercount of Latinos, should later numbers provide more evidence that that happened, stretch far beyond just apportionment in those three states. Undercounted communities could lose out on an untold amount of federal funding that uses census data as a base.

Laura Barrón-López contributed to this report.