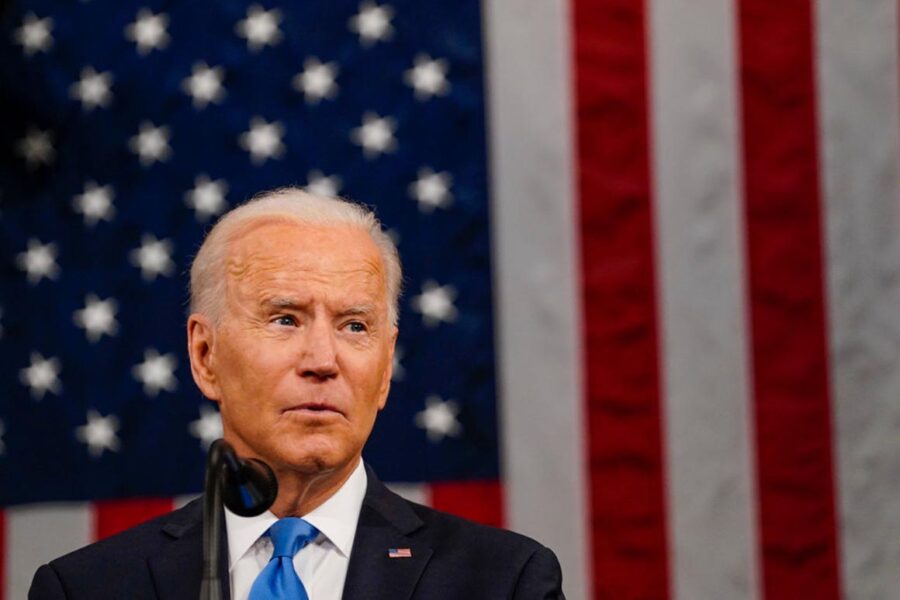 President Joe Biden wants to soak the rich to give to the middle class and poor. And he ain’t afraid to say so.

In his first address before a joint session of Congress, the president embraced a tax-and-spend mantra to frame his next big legislative fight, walking right up to a third rail that has terrified Democrats for decades and forced his predecessors to triangulate and retreat to safer middle ground.

“I’m not out to punish anyone. But I will not add to the tax burden of the middle class of this country,” Biden said Wednesday, urging billionaires and millionaires to “pay their fair share.” “When you hear someone say that they don’t want to raise taxes on the wealthiest 1 percent and on corporate America, ask them: Whose taxes are you going to raise instead, and whose are you going to cut?”

Biden’s speech was, in its most direct form, an attempt to sell a host of agenda items, from massive spending on infrastructure and social welfare programs to calls for police reform, racial justice, gun control laws and, as he put it, ending “our exhausting war over immigration.” He took care to emphasize his own strides with implementing a mass vaccination program, declaring in chest-thumping fashion that the progress over his first 100 days was “one of the greatest logistical achievements our country has ever seen.” And he stressed, once more, that the tax hikes he’s pushing won’t impact anyone making more than $400,000.

“Trickle-down economics has never worked,” he added. “It’s time to grow the economy from the bottom [up] and middle-out.”

But at a more fundamental level, his remarks signaled a new, more unapologetic mode of big “D” Democratic thinking. Gone are the days where Bill Clinton was declaring the era of Big Government to be over. Forgotten are the moments when Barack Obama was touting his fiscal prudence. In its place was a president leaning into the very tax-and-spend charges that Republicans have thrown at him and his party for decades. Beside him was a massive swath of the Democratic coalition.

“The notion of using tax and spend as a political cudgel is really old-fashioned,” said Matt Bennett, co-founder of the center-left group Third Way. “I don’t think at this moment in the middle of a pandemic and the middle of a racial crisis and economic crisis, there’s a lot of concern about taxing rich people.”

Bennett said what is resonating with Americans right now is the notion that the wealthy are getting wealthier. “I don’t think there’s a lot of fire there on the anti-tax side,” Bennett said.

The Biden White House has made no secret that they feel emboldened to pursue this path because the moment is both right and ripe for it. The president entered the evening as a pandemic that has led to roughly 580,000 deaths in America is just now beginning to ebb. He has scored a massive legislative win and is beginning his pitch for another.

Because his speech came in late April, rather than earlier in his presidency, because of the pandemic, it allowed him to tout the nearly $2 trillion rescue plan he’d passed before his largest audience to date, a legislative victory that few presidents have had the luxury to put in front of Americans so early in their first terms. It also allowed him the opportunity to make the case for more.

Biden called for adding two years of universal preschool for every 3- and 4-year-old in America; two years of free community college; and increasing Pell Grants. He pushed to guarantee that low- to middle-income families pay no more than 7 percent of their income for care for children up to the age of 5; and to provide up to 12 weeks of paid family and medical leave.

“No one should have to choose between a job and paycheck or taking care of themselves and a loved one — a parent, spouse, or child,” Biden said, casting his sweeping agenda a once-in-a-generation investment “in America itself.”

The themes of his address — and in some cases, his precise lines — echoed much of the same rhetoric Biden used during his campaign and over recent months as the country lay in the grip of the virus and the economy sputtered. It had quintessential Biden elements: For one, it was long: one hour and five minutes. It was a break in form from longer than the brief speeches he’s been making in his first 100 days — a fact Biden himself seemed to understand when he closed by telling the audience, “thank you for your patience.”

It also broke with Biden’s modus operandi over much of his career in the Senate, and later as vice president: There were very few nods to bipartisanship, perhaps an admission that his plans to court Republican senators for his infrastructure plan are already viewed as a fruitless endeavor.

Republicans were also kvetching over Biden’s lack of nods across the aisle and his refusal to give credit to the last administration for its work to help speed up vaccine development.

At times during his speech, Biden seemed to be trying to create a type of popular coalition that could spur Congress into action. In his prepared remarks, he mentioned the word “jobs” 43 times. On at least two occasions, he appeared to borrow turns of phrases from his predecessor, Donald Trump.

He spoke directly to Americans watching at home and called them “forgotten” — harkening to Trump’s own frequent use of the term “forgotten man.” In a section about climate change, Biden argued that wind turbines could be built “in Pittsburgh instead of Beijing,” a play, of sorts, on the Trump argument against enacting more strict climate change regulations — that he was elected to represent “the citizens of Pittsburgh, not Paris.’”

The White House did not say whether those two lines were deliberate.

Trump loomed over the speech in other ways, though he was never named. Biden spent much of his remarks talking about the ways in which the pandemic he inherited had ravaged households and bank accounts, leaving scores of Americans jobless. He spoke before a sparsely attended chamber, with lawmakers and political dignitaries spaced out and wearing masks, including Vice President Kamala Harris and Speaker Nancy Pelosi seated behind him.

The scene around the Capitol building, too, underscored the fractured government that Trump had left him. Weeks before he came into office, the chamber had been ransacked by thousands of insurrectionists cheered on by the 45th president. Some of the resulting security around the building has since been removed. But much of it remains. As does the trauma that Jan. 6 brought.

On this front too, Biden didn’t tip-toe around the issue at hand.