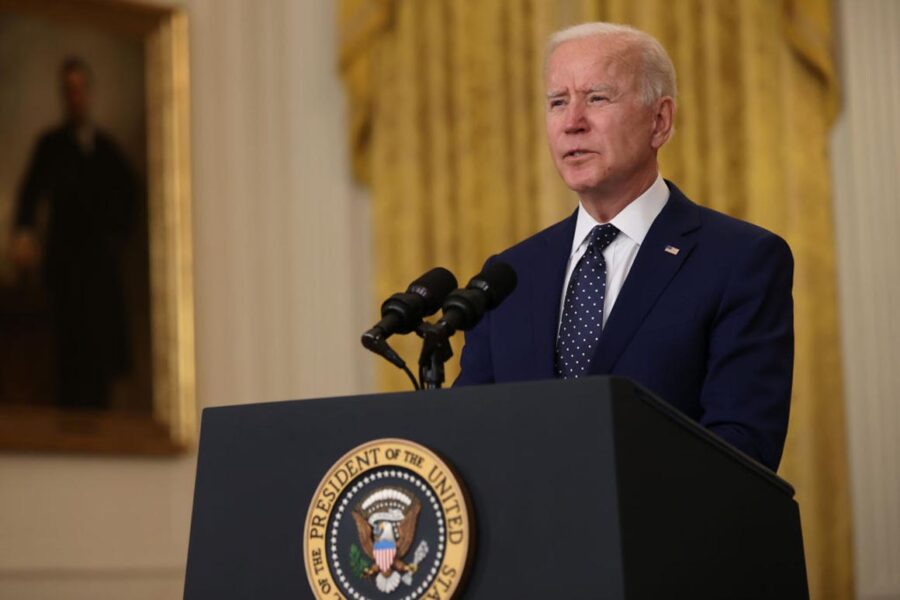 President Joe Biden will propose another slate of tax increases Wednesday night, on top of a previous round of tax hikes targeting corporations, that he wants to use to defray the cost of two big spending packages.

But raising taxes is hard — for all the loose talk about money-hungry politicians, tax hikes are actually somewhat rare in Washington. And Democrats will be contending with tiny majorities in both the House and Senate.

Biden’s proposals will only be the starting point in negotiations and lawmakers will have their own ideas. Here’s a look at eight of Biden’s proposed tax increases, ranked from most likely to happen to least likely:

The most likely tax increase on this list is actually something Republicans came up with. As part of their 2017 tax overhaul, they created a new rule barring owners of privately held companies from using more than $500,000 in business losses to offset other types of income, such as a spouse’s salary or investment earnings when they do their taxes.

The rule runs through 2025, when much of the GOP’s Tax Cuts and Jobs Act will expire. Democrats have already gone to this well once this year, extending that “loss limitation” rule by an additional year to help defray the cost of their March stimulus package. Now the Biden administration wants to make it permanent — which is probably as close to a gimme as it gets when it comes to raising taxes.

At this point, it would be shocking if Democrats don’t increase the corporate tax rate. They’ve complained too much that the current 21 percent rate is too low to back off now, and they can raise a lot of money in a hurry by pushing it back up. Every percentage point increase raises roughly $100 billion.

Even moderates like Sen. Joe Manchin (D-W.Va.) are in favor of some increase. Democrats aren’t going to go back to the old 35 percent rate that prevailed before the 2017 tax cuts, and Biden’s proposed 28 percent rate is a stretch. What’s more likely is that lawmakers settle for something around 25 percent, which, when combined with state corporate levies, would still leave the U.S. with one of the higher rates among developed countries.

Democrats want to hike taxes on U.S. corporations’ foreign income, primarily through an arcane tax known as GILTI or the Global Intangible Low-Taxed Income tax. It was created by Republicans to try to crack down on money companies make from things like intellectual property that are easily socked away in overseas tax havens like Bermuda. Democrats want to transform GILTI into a tax on all of a companies’ foreign earnings, intangible and otherwise, and also hike its special tax rate.

Many lawmakers don’t even know what GILTI stands for, and international taxes are extremely complicated, which should make this proposal easier to pass. At the same time, though, no other developed country subjects their companies to a similar minimum tax, and the administration faces a tough task convincing other countries in its economic league to follow its lead — which will at least give corporate America a foothold to try to beat this back. Even so, corporations’ foreign earnings are a fat target for Democrats searching for revenue.

There’s a bit of déjà vu with this one. As part of the 2012 fiscal cliff agreement — which Biden, as Obama’s vice president helped negotiate — Democrats forced the top income tax rate back up to 39.6 percent, from the 35 percent during George W. Bush’s administration. Then, as part of their Tax Cuts and Jobs Act, Republicans cut it back down to 37 percent. Now, Democrats want to once again go back to 39.6 percent. Having done this once before, it shouldn’t be terribly difficult for Democrats to agree to do it again.

This is where it starts to get significantly harder, and whether Democrats are able to hike taxes on stock earnings and other assets will turn on what exactly they pursue. The Biden administration wants to require households earning more than $1 million to pay ordinary income tax rates on their capital gains. The top rate now is about 24 percent.

Biden’s proposal is likely too steep even for some Democrats. And, by itself, his plan would probably actually cost the government money. That’s because budget forecasters figure that if rates get too high, people just stop selling assets — so much so, tax receipts can actually fall below what they would have been had lawmakers never changed the tax. Many budget experts, including the official Joint Committee on Taxation, believe Congress can generate the most capital gains revenue when the top rate is in the high twenties.

The ‘Angel of Death’ loophole

One way around the capital gains revenue dilemma is by ending something called “stepped-up basis at death,” also referred to as the “Angel of Death” loophole, which allows people to pass assets on to heirs tax free. Forecasters figure if people know they can’t escape capital gains taxes by dying, then they won’t stop selling assets to avoid the tax and those higher rates can bring in more money.

There’s been growing support among lawmakers for doing away with the loophole, and it actually has a patina of bipartisanship, with Sen. Mitt Romney (R-Utah) coming out in favor of scaling it back. At the same time, Congress has tried this a couple times before and it hasn’t always worked out like they intended.

One challenge is administering it. People inheriting assets may not have records showing their original prices, making it difficult to calculate the tax. There’s also the question of what to do about ongoing businesses that are passed down, something the administration acknowledged in its proposal. “The reform will be designed with protections so that family-owned businesses and farms will not have to pay taxes when given to heirs who continue to run the business,” a summary of its plan says, without being specific.

The administration wants to do away with a long-standing provision in the tax code that allows real estate developers to defer taxes when they exchange properties if their gains top $500,000. (Yes, this is something that could potentially affect former President Donald Trump). Lawmakers, though, have been targeting this break, unsuccessfully, for years. (Republicans did curtail tax benefits of these “like-kind” exchanges for other industries as part of their 2017 law). And this provision wouldn’t raise a ton of money, which means lawmakers may not see it as worth the massive fight the real estate industry would surely put up over this.

Incensed by reports of big profitable corporations not paying taxes, the administration wants to impose a 15 percent minimum tax on the earnings the largest businesses report to Wall Street. The soundbite on this one is easy: How can companies tell shareholders they are making big profits but not pay taxes on those earnings?

But this proposal would be messier than it looks, and it’s not going to happen. The reason companies tell the SEC one thing and the IRS another is that they’re required to use two different accounting systems. Experts warn this one could have a number of unintended consequences. For one thing, it would give companies an incentive to low-ball their earnings — antagonizing investors trying to understand business’ financial prospects.

And while the proposal is aimed at companies like Amazon, for arcane tax reasons, it could also likely hurt companies that happen to use a lot of depreciation deductions, like manufacturing firms popular with lawmakers in both parties.