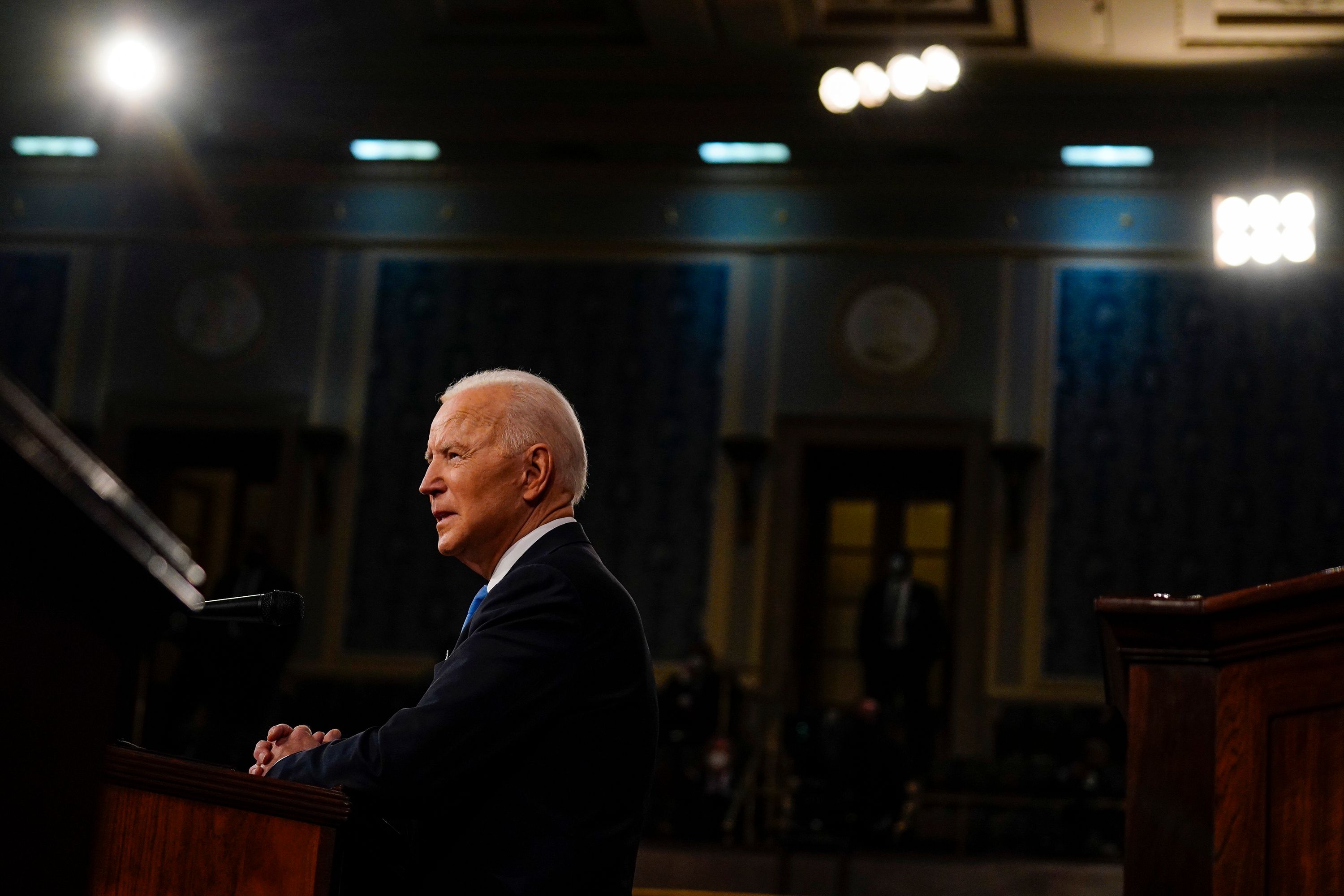 By many measures, President Joe Biden was facing serious headwinds as he delivered his first speech to Congress.

There would be no full chamber, no ceremonial grandeur, no forum for a president to deploy all the theater of a packed house, bringing his supporters to their feet over and over again with sustained cheers. He wouldn’t have an audience to stir up with stentorian rhetoric or stacked applause lines. There would be no “Skutniks”—those “regular Americans” introduced to the Congress and the nation from the gallery, chosen to symbolize heroism or to tug the heartstrings for a major policy.

And with all that missing—in fact, because it was missing—Biden managed one of the most striking Presidential addresses to Congress in memory.

His speech was delivered almost as conversation, rather than a series of declamations. He kept his voice, for long stretches, at times a near-whisper of empathy or concern—a tone that would have been completely unworkable in a full room. And this wasn’t just when he talked about the pain of the pandemic, but when he turned to the challenge of an autocratic China, or grand-sounding rhetoric like a “great inflection point in history.” His economic policy was detailed in the tones of voice you might use to address a small gathering at the White House. Even when he turned to the ill-gotten gains of the very rich, he used a “just the facts” mode.

“A lot of companies evade taxes through tax havens from Switzerland to Bermuda to the Cayman Islands,” he said, “And they benefit from tax loopholes and deductions that allow for offshoring jobs and shifting profits overseas.” The substance of the message wasn’t that different from what Bernie Sanders and Elizabeth Warren offered, far more loudly, during the presidential campaign. But—to borrow from the right wing’s fantasy about Biden’s dietary plans—there was a lot less rhetorical red meat.

At times, as when he was talking about the victims of gun violence, it was as if the case he was making was emotional enough to stand on its own: “Our flag at the White House was still flying at half-staff for the eight victims of the mass shooting in Georgia, when 10 more lives were taken in a mass shooting in Colorado. In the week between those mass shootings, more than 250 other Americans were shot dead.”

And when he turned to the George Floyd case, he spoke the most powerful of images—“We have all seen the knee of injustice on the neck of Black America”—almost in a whisper.

He gained momentum, and volume, when he started talking about issues like equality and democracy—a different kind of moment than other presidents have chosen to emphasize.

Overall he approached it with the tone of a leader in a time of national crisis, the political mood that carried Biden into office, and the one he will have to sustain if he has any hope of pushing through the kind of ambitious, expensive changes the speech outlines. It has been observed that Biden’s own experience of loss, and his ability to project empathy, is his own political “X-factor,” and the quietness of the room let him project that empathy in a way it’s hard to imagine another president, any other year, being able to do. This tone also served Biden well when he recounted the early successes of his first 100 days—a way to be serious, and even take something of a victory lap, without disrespect to everyone still suffering. In the absence of celebratory triumph, the quiet tone was itself a message that we are in the middle of a journey, with work to be done.

In a larger sense, the toned-down evening was a gift not just to the President, but to those of us watching as well. In the absence of the endless calisthenics of a normal State of the Union—the standing ovations, the compulsory cheers, the opposition party staying stubbornly seated—it gave viewers a chance to focus on the speech itself. If it resembled less the semi-royal occasions these events have turned into, dripping with pomp and circumstance, it was a more agreeable, more accessible—maybe even more “American”—occasion.

One more subtle springboard that Biden got: Speaker Nancy Pelosi began by saying she had the “distinct honor, the high privilege” of introducing the President of the United States.” She did not use those words last year.