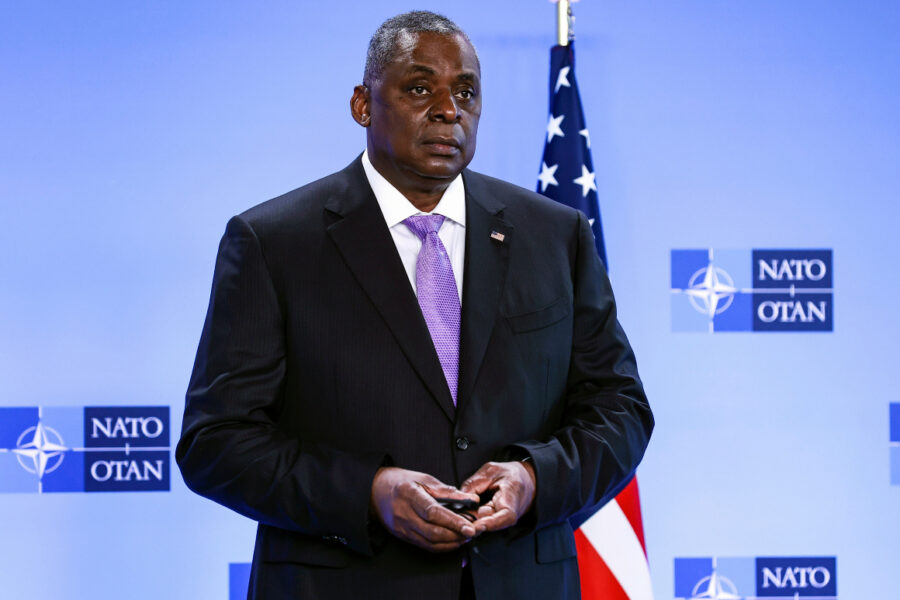 Defense Secretary Lloyd Austin is under increasing pressure to support an overhaul of how the military handles sexual assault allegations in the ranks, overturning decades of military practice and, advocates argue, moving the Pentagon one step closer to ensuring justice for victims.

After failing to curb the growing incidence of sexual assault and harassment in the military, the Pentagon may finally be poised to make major changes in the way these cases are handled by removing commanding officers from their role of prosecuting cases in their units. President Joe Biden has signaled his support for the move, and now more Democratic and Republican lawmakers are signing on to a revised effort to change the law.

Last week, a Pentagon panel made an initial recommendation that an independent military prosecutor — not a commanding officer — handle decisions to prosecute service members for sexual assault and harassment. And retired Adm. Mike Mullen, the former chair of the Joint Chiefs and influential Austin adviser, is adding fuel to the fire, becoming the first prominent former military officer to support the move in an exclusive interview with POLITICO.

But the change is expected to meet stiff resistance within the Pentagon. Though Austin, who retired from the military as a four-star general only five years ago, has made clear he is open to such a shift, military leaders across the force, as well as prominent former senior officers, have consistently argued that the move would undermine discipline in the ranks and erode the chain of command.

This puts Austin in an awkward position, pitting long-standing resistance from the military brass against Biden’s public support for the change and renewed political pressure from Congress.

While a nod from Austin would further boost the effort and help prod the brass to implement the shift, Congress may soon force the Pentagon’s hand by changing the law. There is new, bipartisan momentum on Capitol Hill for the shift among lawmakers who formerly did not support the legislation.

“I’ve worked diligently in my first term to make sure that we are putting in place additional support for survivors [as well as] prevention efforts, but we haven’t seen a drop in the numbers.” said Sen. Joni Ernst, a retired National Guard lieutenant colonel who has spoken about her own experience with sexual assault, in an interview. “So it is time now to professionalize the prosecutors and move that decision making to them.”

Ernst recently signed on to a revised bill championed by New York Democratic Sen. Kirsten Gillibrand that would go further than the Pentagon panel recommendation by removing military commanders from their role in prosecuting all serious crimes, not just sexual assault cases. Gillibrand first introduced a version of the bill in 2013; since that time, unrestricted reports — those involving a full investigation — of sexual assaults in the military have doubled, yet the rate of prosecution and conviction has been halved, her office said in a press release.

“Sexual assault in the military is an epidemic, it has been for a very long time,” Gillibrand told reporters Thursday, noting the new momentum to pass the legislation. “It’s clear that this system is not working. We cannot have good order and discipline when crimes like these are occurring within our ranks and when the culture on base is one not of justice but retaliation.”

The new legislation, called the Military Justice Improvement and Increasing Prevention Act, would also require the military to take steps to help prevent the occurrence of serious crimes like sexual assault, improve physical security on bases, increase training and education for both commanders and service members, and help train military specialists to properly handle the cases, Gillibrand said.

It also includes new language to ensure that commanders stay informed of any investigation within their ranks, Ernst said. Besides Ernst, the bill is being backed by Republican Sens. Ted Cruz and Chuck Grassley, and Democratic Sens. Richard Blumenthal, Mark Kelly and Tim Kaine.

“This legislation is not partisan and not political, it is simply doing the right thing for our service members who do so much for us,” Gillibrand said.

Other lawmakers are signaling they may get on board with the effort. House Armed Services Committee Chair Rep. Adam Smith, a Democrat, has previously opposed removing commanders from such decisions, but told POLITICO last month that he is now “open” to the change.

“If you’ve got a commander who you don’t trust to properly prosecute sexual assaults, then there’s a whole lot of other things that that commander is doing that are undermining our ability to get sexual assault under control. And we need to look at those as well,” Smith said.

In making the shift, America would join the ranks of the United Kingdom, Canada, Australia, New Zealand, South Africa and Israel, experts said. Currently, U.S. commanders make the decision to refer or not refer sexual assault and harassment charges to court-martial in consultation with military lawyers, called judge advocates general.

“This would be possibly the most fundamental change in the American military justice system since 1775,” said Eugene Fidell, a senior research scholar at Yale Law School, referring to the Constitutional Congress’s adoption of the 1774 British Articles of War, the predecessor of today’s Uniform Code of Military Justice.

Despite longstanding resistance, there are signs that momentum may be shifting in military circles, too. Mullen, who has previously argued against taking prosecution authority away from military commanders, said he changed his mind because the Pentagon has repeatedly failed to effectively address the issue.

“I’m at a point now where I am ready to support removal, which is a huge step for me because I recognize how serious that issue is,” Mullen told POLITICO. “We just can’t keep doing what we’re doing because it hasn’t worked.”

Mullen’s opinion could influence Austin’s thinking. Mullen hired Austin to be his director of the Joint Staff, the first Black man to hold that job, and was an advocate for promoting women and minorities throughout his career. He also became the first sitting chair of the Joint Chiefs to support a repeal of “don’t ask, don’t tell” in 2010, which helped prod lawmakers to ultimately move forward on the issue.

“It seems like that there is greater willingness within the Department of Defense to actually entertain those changes, and that’s a difference,” said Victor Hansen, a professor at New England Law|Boston and a former military lawyer.

The Pentagon panel recommended that for certain special victims crimes — including sexual assault, sexual harassment and potentially some hate crimes — designated independent military lawyers reporting to a civilian-led office of the Chief Special Victim Prosecutor should decide whether to charge someone and if the charge should go to court-martial, according to the Associated Press, which first reported the panel’s recommendation. The recommendation would not apply to most of the wide range of military discipline cases that commanders typically handle.

The Pentagon is still reviewing the issue. The independent review commission Austin set up to study sexual assault and harassment in the military has briefed the secretary on an initial set of recommendations, but members have completed only about a third of the 90-day work period, Pentagon spokesperson John Kirby said Tuesday.

Austin will take some time to review the recommendations, and has asked the service secretaries and military chiefs to take about a month to review them and provide feedback, Kirby said.

Resistance from the brass

Service chiefs have already said they are against the change. Air Force Chief of Staff Gen. C.Q. Brown told lawmakers in written answers to advanced questions during his confirmation last year that he believes stripping commanders of disciplinary authority over felony violations, including sexual assaults, puts unit cohesion, combat effectiveness and readiness at risk.

“Commanders serve a critical role in maintaining this balance,” Brown said. “Removing the commander from the military justice process would have a significant negative effect on accountability, discipline, and readiness.”

Army Chief of Staff Gen. James McConville expressed a similar sentiment during his own confirmation in 2019, noting that he believes removing commanders from case disposition authority would “compromise readiness and lethality” and “be detrimental to good order and discipline.” He added that the commanders’ role is particularly critical for deployed units.

Most former military officials also agree with this assessment.

“I do not think that’s a good idea, frankly, I think it begins to erode the responsibility of the chain of command in this,” said former Gen. Joseph Votel, who retired in 2018 as the commander of U.S. Central Command.

“I think that is a cultural issue that has to be addressed on almost a unit-by-unit basis,” he said. “[It is the] responsibility of unit commanders to create organizational cultures that allow people to come forward with allegations and report these kinds of things without fear that there will be pushback on them.”

But reports of sexual assault in the military have increased steadily since 2006, despite efforts to reduce them. In the most recent survey, more than 20,000 service members said they experienced some type of sexual assault, but only one third said they filed a report. Experts say one reason for this could be that victims fear retaliation from their commanders.

The panel recommendation comes on the heels of a new wave of outside momentum this past year to change the system. Last year, Spc. Vanessa Guillen was murdered by another soldier after she told family members that she was being sexually harassed on base, but did not report it to her superiors. A panel that looked into these types of crimes at her base of Fort Hood, Texas, ultimately found a command structure that was “permissive” of sexual assaults. 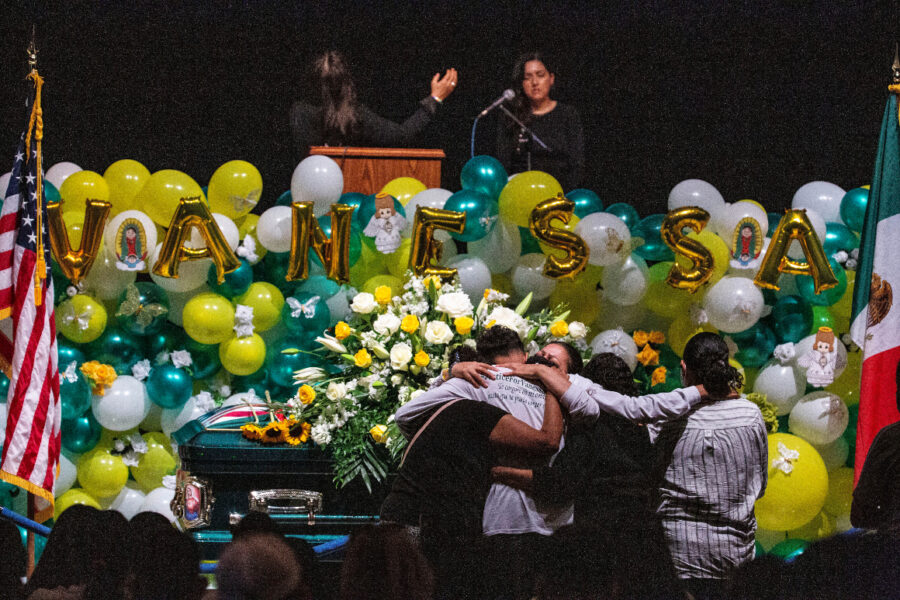 The case sparked a number of lawmakers to renew calls for better protections for service members who are victims of sexual assault and harassment.

“The chain of command issue is the issue I have struggled with as a former commander,” Ernst said. But the Ford Hood incident “really confirmed this for so many us, that there simply are pockets of leadership or lack thereof where perpetrators feel they can get away with things because the command climate is so poor.”

Hansen urged caution in adopting the panel’s recommendation, noting that the change would not necessarily be a silver bullet. In fact, there is a real possibility that judge advocates general may be even less inclined than commanding officers to bring the cases, he said.

“I just worry that this has become this panacea almost, this belief now, and I don’t think we do victims any real service by making them think this is gonna turn anything around,” Hansen said.