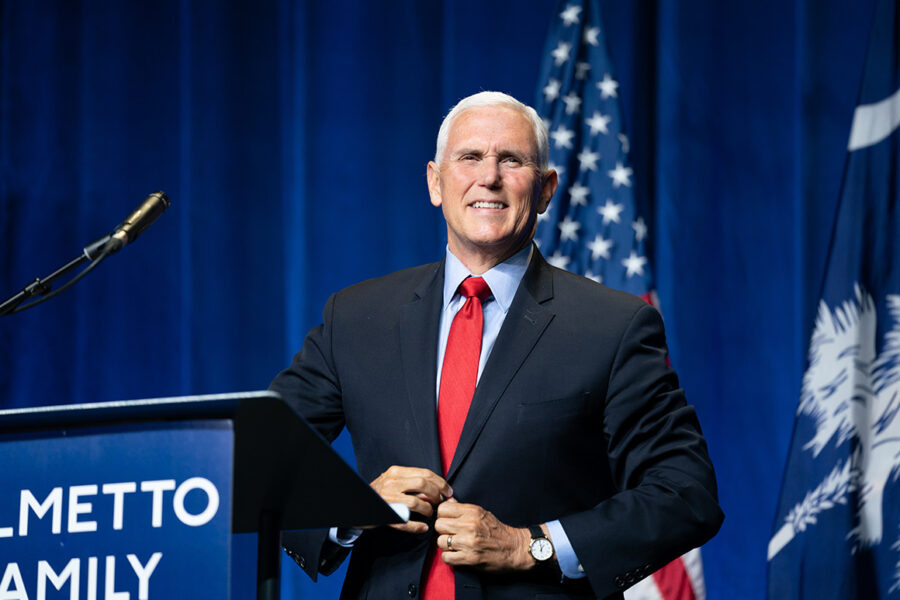 Former Vice President Mike Pence is setting out on a cross-country fundraising swing, as he begins to increase his public profile ahead of a potential 2024 White House bid.

Pence has spent several months out of the spotlight following a fallout with former President Donald Trump over the former vice president’s decision to certify the 2020 election results. But Pence’s uptick in activity — including stops in a key early primary state and a planned appearance at a traditional GOP cattle call — underscores how he’s beginning to lay the groundwork for a possible future run.

According to a person familiar with the plans, his schedule includes a pair of stops in Texas next week. Pence is to speak at a fundraiser hosted by House Minority Leader Kevin McCarthy, and on May 7 he is slated to appear at a donor appreciation event hosted by former George W. Bush political adviser Karl Rove. The former vice president will be interviewed onstage by Republican Sen. John Cornyn, according to a copy of the schedule.

In June, Pence will head to Southern California, where he will speak at a Ronald Reagan Presidential Foundation and Institute event focused on the future of the Republican Party. A day later, he will co-headline the Republican National Committee’s summer donor retreat alongside former Secretary of State Mike Pompeo, another potential 2024 hopeful.

In September, Pence will speak at the Mackinac Republican Leadership Conference, a biennial event on Michigan’s Mackinac Island that has a long history of drawing future presidential candidates.

People familiar with Pence’s plans say they expect him to help other Republicans up for election in 2022, including governors. Pence, a former Indiana governor, has a close relationship with Arizona Gov. Doug Ducey, who chairs the Republican Governors Association. Ducey has also come under fire from Trump lately, with the former president accusing him of being insufficiently supportive of a recently launched audit into the state’s election results.

Pence on Thursday made his first speech since leaving office in January, appearing in Columbia, S.C., where he addressed the Palmetto Family, an evangelical organization. During his speech, Pence touted the Trump administration’s record and criticized the Biden White House for being “radical.”

South Carolina could be a key focal point for Pence should he run for president, given its sizable population of Christian conservatives, a group the former vice president has long courted. The state is also home to former United Nations Ambassador Nikki Haley, another would-be 2024 Republican contender who has had a simmering rivalry with Pence.

While Trump is weighing a 2024 comeback bid, other Republicans have been testing the presidential waters. Several potential candidates appeared at an RNC-hosted donor retreat in South Florida earlier this month, and Rove’s event will draw a long list of potential candidates, including Pompeo, Florida Gov. Ron DeSantis and Arkansas Sen. Tom Cotton.

While Pence’s late break with Trump has complicated his political future, the 61-year-old former vice president has pushed forward with his own plans. He recently announced a book deal with Simon & Schuster and is expected to soon launch a podcast.

Earlier this month, Pence underwent surgery to install a pacemaker after experiencing a sluggish heart rate.