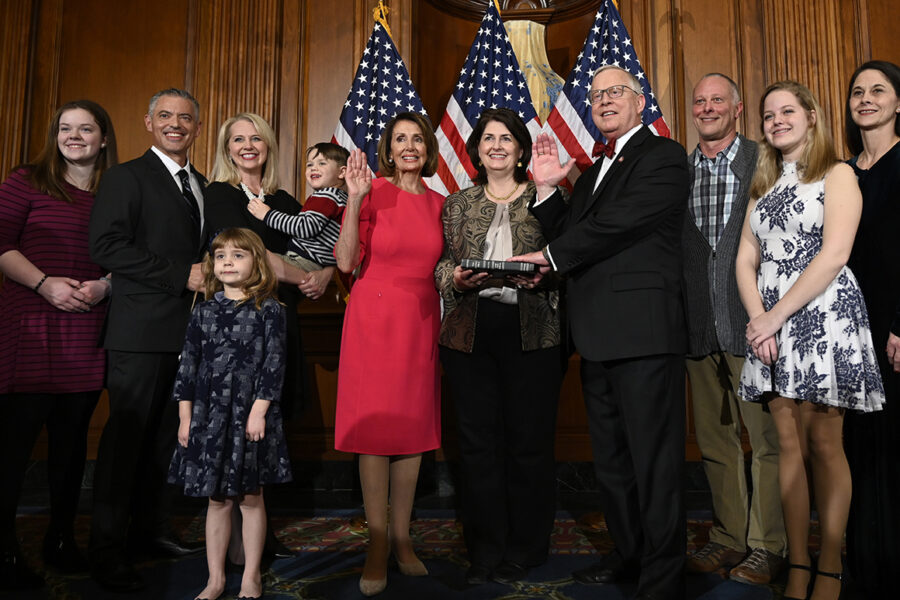 Democrats’ best chance this year to pad their slim House majority suddenly evaporated Saturday night, as Republicans claimed both runoff spots in the special election for a fast-changing House seat outside Fort Worth.

Susan Wright, the widow of the late congressman, and fellow Republican Jake Ellzey took the top slots in the all-party primary and will face off in a yet-to-be-scheduled second round.

The Associated Press called a runoff spot for Wright late Saturday night, but has yet to call the second runoff slot because just 354 votes separate Ellzey and the third-place candidate, Democrat Jana Lynne Sanchez. But Sanchez conceded late Sunday morning.

“Democrats have come a long way toward competing in Texas but we still have a way to go,” Sanchez said in her statement conceding the race. “Unfortunately, tonight we came up short, and two Republicans will be competing to represent this congressional district.”

The National Republican Congressional Committee quickly hailed the victory, though they’ll have to wait to see which candidate takes the seat. Wright was endorsed by former President Donald Trump just before the primary, while Ellzey represents a portion of the congressional district in the Texas state legislature.

But Republicans now won’t have to worry about defending the rapidly diversifying district in an unpredictable special election, instead saving resources for next year’s midterm elections.

“Democrats’ socialist agenda that has opened our borders, destroyed thousands of energy jobs and wants to raise middle-class taxes by trillions of dollars eliminated any chance of them being competitive in this district,” NRCC Chairman Tom Emmer said. “I look forward to welcoming a new Republican colleague to Congress.”

This scenario quickly puts an end to Democrats’ hopes of contesting the fast-diversifying 6th Congressional District outside Fort Worth. Democrats sensed opportunity in the seat, one of many across the country where support for former President Donald Trump fell significantly between 2016 and 2020.

Trump carried the district by just 3 points in 2020 after winning it by 12 points four years earlier. The late GOP Rep. Ron Wright won his race by 9 points last year.

But there were multiple credible Democratic candidates in the race, including Sanchez, nonprofit leader Shawn Lassiter and 2020 state House candidate Lydia Bean. Lassiter came in fifth with 8.9 percent of the vote. Bean trailed another Democrat, Tammy Allison, an attorney who raised less than $50,000 for the race by mid-April, far less than the other candidates.

And in an interview last month, Sanchez warned about a potential shutout, saying that it would set a discouraging tone for the Democratic Party going forward in 2021.

“Nothing could be a worse omen for the Democratic Party than to have a winnable district like this with two Republicans in the runoff,” Sanchez said, warning of a splintered vote. “That would be very embarrassing and very disheartening.”

Republican candidates captured 62 percent of the total vote in the all-party race, while Democratic candidates got 37 percent.

The low turnout and drop-off from recent election performance suggest that motivating their base will not come as easily for Democrats in post-Trump era elections, especially compared to the high-turnout, box-office special elections of the Trump years that drove engagement from Democrats nationwide and saw big overperformances in deep-red districts.

Now, with Democrats in control of the White House and both houses of Congress, the Texas special election was a relatively quiet affair.

In the past, national Democratic groups have gotten involved in top-two primary races to avoid shutouts like this one. But the Democratic Congressional Campaign Committee and others declined to play in this race. Spending in the pricey Dallas media market would have been a costly investment — especially to compete in a district that won’t exist in a year and a half, thanks to redistricting.

The Club for Growth has played an outsize role in the race so far and is likely to be very involved in the next stage.

The group already unleashed a barrage of attacks painting Ellzey as an anti-Trump Republican, in large part because he has received a donation from Bill Kristol, the conservative commentator and Trump critic.

Then the Club endorsed Wright, and David McIntosh, the group’s president who has Trump’s ear, pressured him to do the same. Trump made a last-minute endorsement last Monday, backing Wright and then taping a tele-town hall event for her later that week.

Other notable candidates in the race finished far back in the pack, including pro wrestler Dan Rodimer, who ran for Congress in Nevada in 2020; former Trump official Sery Kim, who lost endorsements after making disparaging comments about Chinese immigrants; and Michael Wood, who ran as an anti-Trump Republican with the support of Rep. Adam Kinzinger (R-Ill.). Wood and Rodimer had about 3 percent of the vote apiece, while Kim had 1 percent.