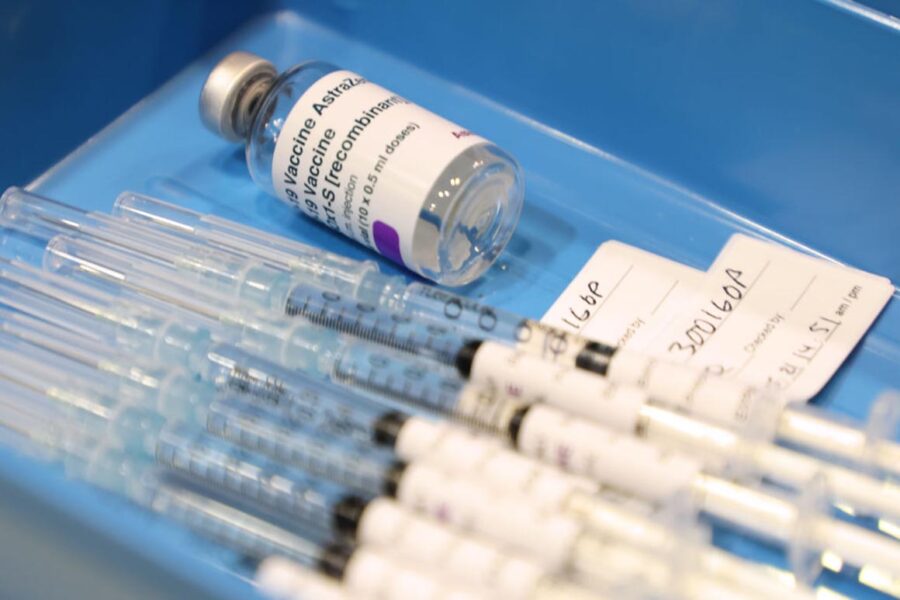 The Biden administration’s recent decision to send coronavirus vaccines to India has created tensions with another key ally: Ukraine, which has ramped up its requests for vaccine aid ahead of a visit this week from Secretary of State Antony Blinken.

Ukrainian President Volodymyr Zelensky’s administration has been pressing Washington for help obtaining vaccines since December, before Donald Trump left office, according to multiple U.S. and Ukrainian officials. The conversations have continued in recent weeks at the diplomatic level, and officials said the pandemic — and Ukraine’s hope for U.S. assistance — was a backdrop for a 50-minute phone call between Zelensky and Biden on April 2.

The Biden administration is eager to step up its international vaccine aid as a counter to China and Russia, which are increasing exports to boost their global influence. But U.S. officials have yet to commit specific assistance to Kyiv because they have not figured out how to prioritize the overwhelming number of requests they have received from multiple countries, according to two Biden administration officials familiar with the matter.

The U.S.-Ukraine dialogue on Covid-19 aid highlights the increasing conflict between the Biden administration’s desire to become the world’s largest vaccine donor and its decision to delay most donations until the majority of Americans are vaccinated. U.S. officials said the decision to commit unspecified millions of doses to India was easy, with thousands of people there are dying each day of Covid-19. But the calculus is trickier for countries such as Ukraine, where new infections are on a downward trajectory. 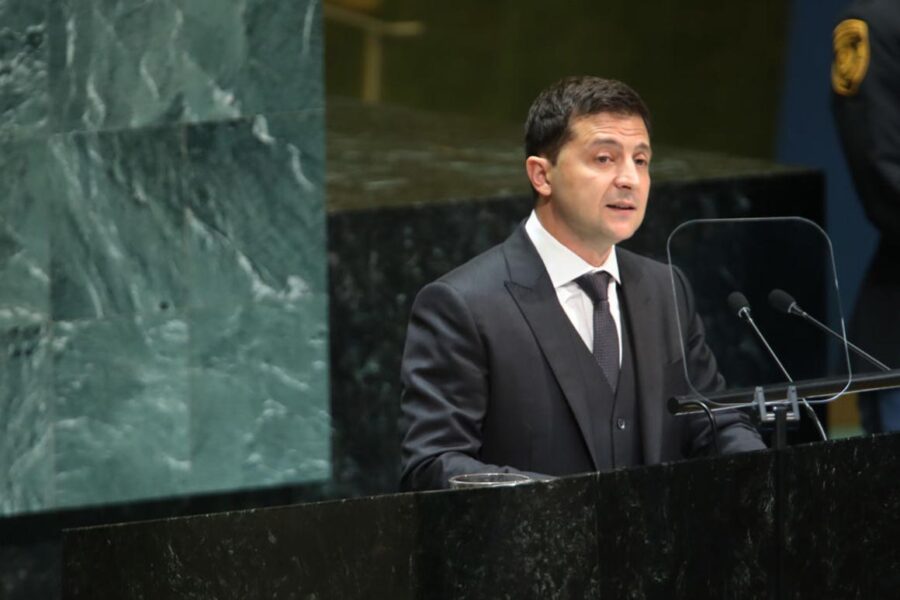 “They just don’t need the doses as badly as India does right now,” one person involved in the U.S.-Ukraine diplomatic dialogue said. “Out of the things that the U.S. is worried about with Kyiv at the moment, this isn’t number one on the list.”

Senior Ukrainian officials said Monday that they do not expect Blinken to announce Covid-19 help during his visit, which will focus inevitably on the continuing conflict with Russian-backed separatists in Donbas, and the Kremlin’s military mobilization along the Ukrainian border, which it recently pulled back.

In Kyiv, Biden administration’s cautious approach to vaccine diplomacy brings back memories of America’s delayed response in providing military support and lethal aid to Ukraine to help the country in its fight against Russian-backed separatists. A shipment of doses could solidify Washington’s relationship with Kyiv at a time when Ukraine is increasingly vulnerable during Russian troop build-up on its border.

In a call with U.S. Charge d’Affaires in Ukraine Kristina Kvien in December, Ukrainian Health Minister Maksym Stepanov specifically cited Ukraine’s ongoing military battle with Russia as a reason for Kyiv’s urgent appeal for Covid-19 testing and vaccinations. Kvien told her Ukrainian counterparts that the U.S. was committed to identifying a pathway for Kyiv to receive doses of the vaccine as soon as possible.

In February, Kvien said the U.S. would provide financial assistance to Ukraine to help it distribute the vaccine doses it received from COVAX.

“This is not our largest donation to date but it is comes at a critical moment,” Kvien said in a February statement. “It builds on our long-standing partnership with Ukraine to support health reform and combat infectious disease, including COVID. As you know we have provided already $48 million in assistance to Ukraine, for COVID alone.”

But officials working on the federal government’s Covid-19 response are still split on whether the U.S. should send doses overseas at a time when vaccination rates at home are slowing. As American demand slows, it is becoming harder for the administration to gauge how many doses it will be able to spare. U.S. critics note, however, that the country has more than 1 billion vaccine doses on order from multiple manufacturers — more than enough to inoculate every American.

The question of vaccine equity has taken on new urgency amid outbreaks in the southern hemisphere, with officials including World Health Organization director-general Tedros Adhanom Ghebreyesus accusing wealthy countries of hoarding doses. Officials in poor countries like Ukraine have grown increasingly panicked as the international COVAX program has been slow to deliver doses.

The vaccine diplomacy conversation is a relatively new one for Blinken, who on any other high-profile trip to Kyiv in any other time period would be concerned with primarily appealing to Ukraine’s concerns about Russia. But the Covid-19 pandemic has injected a new sense of anxiety in diplomatic meetings when countries are scrambling to get first in line for international Covid-19 assistance.

Ukraine’s access to Covid-19 vaccines is far from certain. The country has administered more than 750,000 doses to date. Most came from a batch of 12 million AstraZeneca doses that India’s Serum Institute sent in March. But local officials are in the throes of stockpiling to vaccinate the rest of the nearly 40 million people living in Ukraine.

Last month, Ukraine approved the use of more than 200,000 doses of China’s Sinovac vaccine it received in March. Ukraine is also set to receive an additional 16 million vaccine doses from COVAX. Kyiv also recently inked a deal with Pfizer for 20 million doses of its shot — enough to vaccinate 10 million people. It’s unclear when those Pfizer doses will arrive.