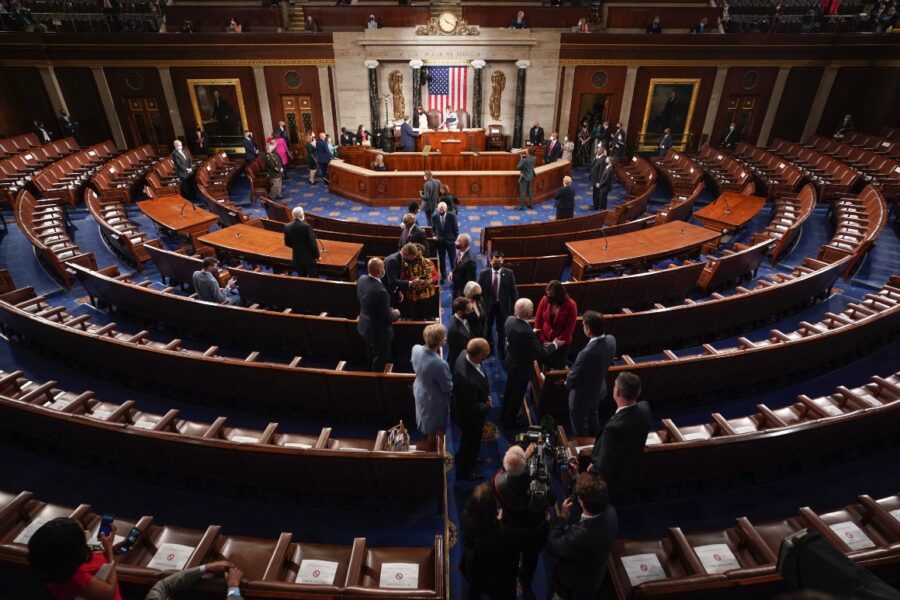 Democrats have jumped to argue that the latest House special election outside Fort Worth, Texas — where none of their candidates managed to make the runoff — is no harbinger for next year’s midterms.

The party’s top candidate in that race fears otherwise.

“It’s not a good omen. It’s not a good portend for 2022 that we got shut out,” said Jana Lynne Sanchez, who failed to make the runoff by just 354 votes amid a split Democratic field and, more importantly, surprisingly low turnout. “I’m sounding the alarm bell today, and I’m saying we really have to work hard.”

The Texas surprise capped a gloomy political month for the House Democratic caucus, whose chances of keeping the majority beyond next year have been hit by a string of high-profile departures and the looming threat of redistricting, which will likely cost some Democratic seats. Some in the party are already speculating that Democrats could lose the House on those two factors alone — a byproduct of their narrow majority, which has magnified the importance of each individual district to an unusual degree in the 435-member chamber.

The latest blow came Saturday, when Democrats failed to advance a candidate to the runoff in Texas’ 6th District, which former President Donald Trump carried by just three points last year. It’s exactly the type of place where Democrats leaped on a current of demographic change and high voter enthusiasm to generate competitive races, if not always election wins, during the Trump years. But the results signaled that the days of juiced-up base turnout are over, and they spurred questions about whether or not Democrats can keep making inroads in Republican-leaning areas that were nevertheless wary of Trump.

Privately, Democratic campaign officials and strategists say they were faced with a no-win situation. Missing the runoff is embarrassing but few believed the seat, which hadn’t gone Democratic in decades, could be won without a hefty investment — and maybe not even then.

Others, including some Hispanic Democrats who say the party splintered the vote by not backing Sanchez, say they didn’t try hard enough.

“It’s self-fulfilling. You don’t play, you lose,” said Joe Trippi, a Democratic strategist who worked on the race for an outside group which backed Sanchez. One of the architects of former Democratic Sen. Doug Jones’ upset win in Alabama’s 2017 Senate special election, Trippi called it a painful missed opportunity. “I surely thought there’d be more focus on it from the Democratic side, and there just wasn’t.”

Democratic lawmakers and party officials say it is extremely early in the election cycle, with plenty of chances remaining to ramp up fundraising, lure strong recruits and defy the historical headwinds that would suggest their party is in for losses next November. They note that many of the most endangered Democrats already have strong flush campaign accounts.

Still, the early fallout from the Texas special election reveals some of the risks of the first post-Trump campaign cycle, underscoring the pressure on the DCCC to successfully defend their 5-seat majority with virtually no room for error.

There’s the historical challenge: The president’s party loses an average of 26 House seats in a first-term midterm election.

And some of Democrats’ most-tested warriors are walking out before the battle.

Democratic Rep. Ann Kirkpatrick (D-Ariz.) — who has won two different battleground seats in Arizona since first taking office in 2008 — was the first to announce her retirement. She was quickly followed by Rep. Filemón Vela (D-Texas), whose seat in the Rio Grande Valley took a hard swing toward Trump in 2020.

Another surprising departure came last week when Rep. Cheri Bustos, the DCCC chair during the last election, revealed she would vacate her Trump-won district in northwest Illinois.

“It’s very early in the game, but retirements are a concern,” said former Rep. Martin Frost (D-Texas), a former DCCC chair. “And I would hope the party is taking them very seriously and setting out to recruit strong candidates,” he continued, noting that early retirements at least give the party more time to find replacements.

But redistricting also changes the reelection calculus for members, particularly in states where the GOP will control the map-drawing process. That gives Republicans the opportunity, former Rep. Jason Altmire (D-Pa.) noted, to draw districts “in a way to make it really difficult for that member to win and keep that seat and incentivize them to run for a different office.”

Indeed, some of Democrats’ most formidable incumbents are moving toward bids for higher office. Rep. Conor Lamb, who first joined Congress by winning a district Trump had previously carried by 20 points, is telling donors he is likely to run for Senate.

Rep. Tim Ryan (D-Ohio), who has long flirted with statewide runs only to back out, is officially running for Senate as Ohio loses a House seat. And in Florida, Democratic Rep. Charlie Crist launched a third campaign for governor this week, with his district on Florida’s west coast almost certainly set to get redder next year.

Others from competitive regions weighing statewide bids include Reps. Chrissy Houlahan (D-Pa.) and Stephanie Murphy (D-Fla.), who represent two states where Republicans control both chambers of the state legislature. Murphy, who has long had higher ambitions in Florida, is considered unlikely to run for the House next cycle.

Against that backdrop, the opportunity to play offense in the Texas special election was especially appealing to some Democrats, even if the numbers looked daunting.

South Texas Rep. Henry Cuellar is one of several Democrats who isn’t sure if the party could have actually reclaimed the 6th District, where the GOP incumbent died of coronavirus last fall. But he still believes DCCC should have sought more feedback from fellow Texas Democrats, who could have helped with get-out-the-vote efforts or fundraising.

The North Texas district is one of several in the state that have been rapidly diversifying and where support for Trump dropped precipitously from 2016 to 2020, though the late incumbent, Ron Wright, still won by 9 points. Democrats are eager to prove they can keep or even build on those gains post-Trump.

But national Democrats suspected that while they would be criticized for sitting the race out, the odds were against them even if they made it into the runoff.

“The opportunity cost is just sky-high,” said one national Democratic strategist monitoring the race. “It’s crucial that we don’t spend just to spend, or to just prove a point, or to prevent a couple difficult hours on Twitter on a Saturday night. We owe it to all involved to get real returns.”

There were 10 Democrats in the 23-candidate field and six of them, plus Sanchez, got more than 354 votes — the amount by which Sanchez missed the runoff. Privately, some Democrats lament that no national group tried to gently nudge some nonviable candidates out of the race or make a small expenditure to boost turnout.

The DCCC and EMILY’s List were in contact with some of the top campaigns throughout the primary. But neither group spent in the race. Besides Sanchez, two other female candidates posted strong fundraising.

A few others did. Nuestro PAC made a minor investment, and the new Operation 147 PAC, which worked with Trippi, spent some $25,000 on cable ads to help Sanchez, according to AdImpact, a media tracking firm.

At the very least, some Democrats argued, playing in the special election would have provided a space to test messages and learn more about how to motivate the base now that Trump is out of office. Suburban districts like Texas’ 6th first came online for Democrats thanks to backlash against Trump.

“I don’t think people understand, writ large, how perilous 2022 is for holding on to the House,” Trippi said.