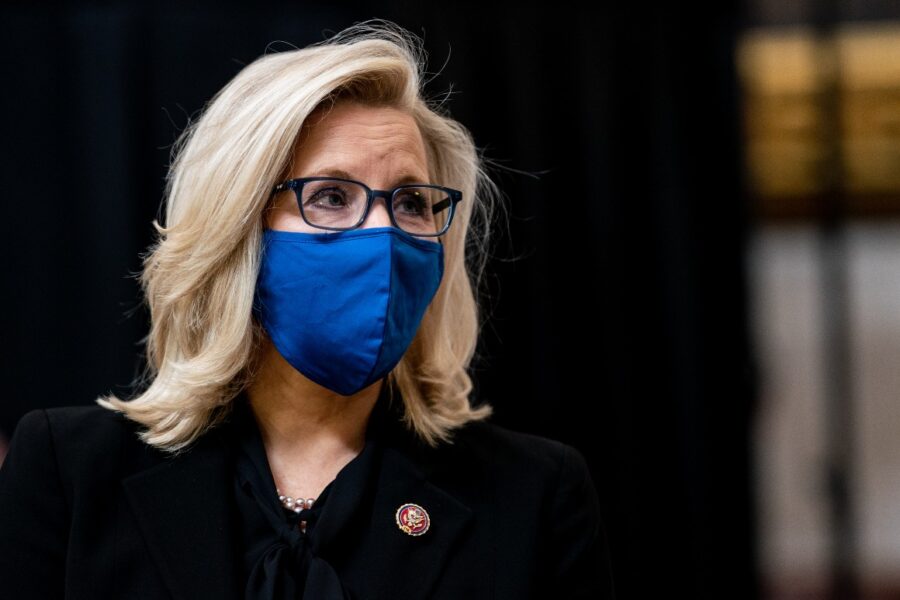 Liz Cheney is not fighting to hold onto her job as House GOP conference chair, even as top Republican leaders openly campaign to replace her in the No. 3 spot.

To the frustration of many fellow Republicans, Cheney has continued to clearly state her positions on Donald Trump’s baseless claims that the 2020 election was fraudulent and on the Jan. 6 vote to certify Trump’s loss. And Cheney has been telling people that if holding onto her leadership role requires having to lie or stay quiet, she doesn’t believe that’s a price worth paying, according to a source familiar with her thinking.

Behind the scenes, Cheney has not been making calls or engaging in the type of campaigning that’s ordinarily necessary in politics to build a coalition of support ahead of a vote that will determine her future in leadership, multiple GOP sources said. And even if she did, the odds seemed stacked against her: Top GOP leaders and Trump are now backing a challenger to Cheney.

The 54-year-old appeared to embrace her imminent fall from the leadership perch in a Washington Post op-ed published late Wednesday that called on the rest of the GOP “to defend the basic principles that underpin and protect our freedom and our democratic process.”

“The Republican Party is at a turning point, and Republicans must decide whether we are going to choose truth and fidelity to the Constitution,” Cheney wrote.

It’s a remarkable turn of events for Cheney, a conservative scion once viewed as a rising force within the GOP and even floated as a possible future speaker. Her current lack of action is also a 180-degree turn from just a few months ago, when Cheney was actively whipping to keep her leadership post — a job once held by her father, former Vice President Dick Cheney — amid an effort by ultra-conservatives to oust her. Cheney ended up cruising to victory in February in a 145-61 secret ballot vote.

Now it appears all but certain that Cheney will be booted from leadership, raising serious questions about her political future. Cheney, who passed on a Senate bid last year to seek her fortunes in the House, hasn’t ruled out a presidential run and just posted a record-breaking fundraising quarter. But she’s also facing a tough primary race next year in Wyoming, with pro-Trump challengers already lining up to take her out.

But Cheney appears completely comfortable with the idea that she may be toppled for sticking to her beliefs. Even with her leadership job on the line, Cheney continued to double down this week, sending a clear signal to her colleagues that she won’t go quietly.

After the former president attempted to rebrand the 2020 election itself as the real “BIG LIE” on Monday, Cheney shot back at Trump on Twitter: “The 2020 presidential election was not stolen. Anyone who claims it was is spreading THE BIG LIE, turning their back on the rule of law, and poisoning our democratic system.”

Then, later Monday night, at a closed-door conference in Georgia, CNN reported that Cheney called Trump’s false election fraud claims “a poison in the bloodstream of our democracy” and said that “we can’t whitewash what happened” on Jan. 6.

Trump released a Wednesday statement supporting Rep. Elise Stefanik (R-N.Y.) to succeed Cheney in leadership, lauding her as a “tough and smart communicator.” In another Wednesday statement, the former president again blasted Cheney for failing to support his unfounded charges of widespread fraud in the 2020 election while also criticizing former Vice President Mike Pence and Senate Minority Leader Mitch McConnell.

Stefanik responded in a tweet thanking Trump, describing House Republicans as “unified and focused” on winning back the chamber next year.

Some House Republicans have mused that Cheney sees the writing on the wall, so she is choosing to be pushed out in a martyr-like fashion, rather than staying silent and fading away. One Republican said it looked like Cheney was trying to find an “exit strategy.”

The rapid race to oust and replace her comes as the relationship between Cheney and House Minority Leader Kevin McCarthy hits an all-time low in recent weeks. Things came to a head during the House GOP retreat last week, when Cheney took positions in various interviews that did not align with McCarthy. Among Cheney’s statements breaking from McCarthy were avowals that those who voted against certifying the election should be disqualified from running for president and that the GOP should participate in a bipartisan 9/11-style commission to examine the Jan. 6 Capitol attack.

Her remarks not only served as the last straw for McCarthy, who began to publicly denounce Cheney. But it also triggered a rising crescendo of criticism among the conference as concerns rose that her comments would distract from the message of unity House Republicans are seeking to project as they try to win back the majority next cycle.

This time, the anger went beyond frequent critics and even irritated more moderate members who previously supported Cheney, including other Republicans who voted to impeach Trump earlier this year.

In the span of less than a week, the anger snowballed. House leaders have launched a whipping operation against Cheney ahead of a formal vote, which is expected to take place as early as next Wednesday. And GOP leaders have already zeroed in on a successor ahead of the vote: Stefanik, a moderate who made a major transformation into a pro-Trump ally during the first House impeachment inquiry.

McCarthy has advocated for Stefanik as a replacement to members, while Stefanik has also proactively reached out to members to see if they would support her as conference chair if the position became open with Cheney’s departure.

Minority Whip Steve Scalise (R-La.) is also openly advocating for Stefanik to take over the role that oversees the party’s messaging.

“House Republicans need to be solely focused on taking back the House in 2022 and fighting against Speaker Pelosi and President Biden’s radical socialist agenda, and Elise Stefanik is strongly committed to doing that, which is why Whip Scalise has pledged to support her for Conference Chair,” Scalise spokesperson Lauren Fine said in a statement.

And in response to the news that Scalise is publicly backing Stefanik, Cheney spokesperson Jeremy Adler said the congresswoman will have “more to say in the coming days.”

“This moment is about much more than a House leadership fight,” Adler said.

McCarthy has denied that intra-party frustrations with Cheney were rooted in the Wyoming Republican’s impeachment vote. Instead, Cheney’s GOP critics say they’re frustrated that she hasn’t acted like a team player, doesn’t stay on-message and has created an unwelcome distraction with recent headline-making comments about Trump.

But Cheney’s camp is eager to frame the debate in terms of fealty to Trump. “This is about whether the Republican Party is going to perpetuate lies about the 2020 election and attempt to whitewash what happened on Jan. 6,” said Adler. “That is the issue.”