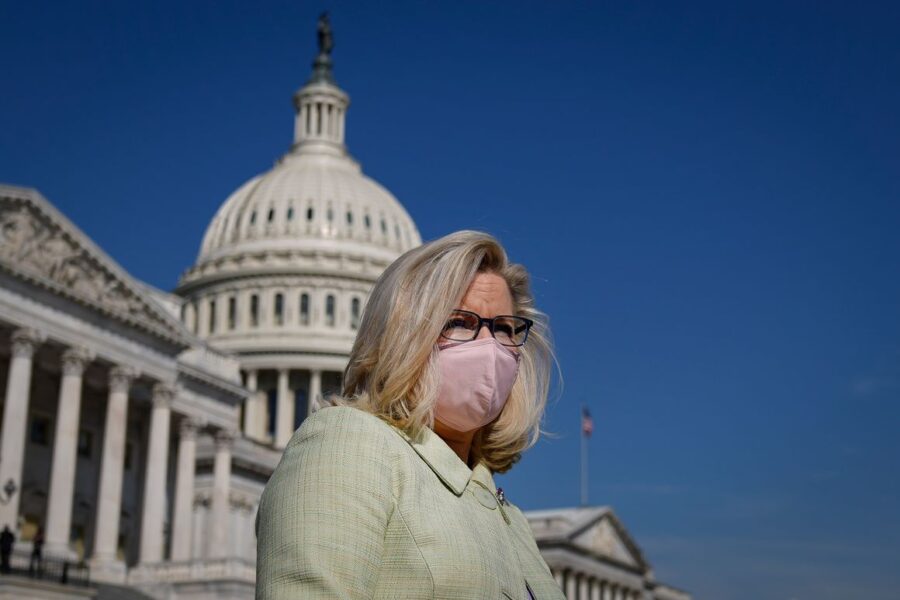 To hear most media observers tell it, Rep. Liz Cheney (R-Wyo.) is being martyred for having the courage of her convictions, and the House Republican Conference can no longer abide her truth-telling. Republican lawmakers, the narrative goes, are campaigning to oust her from her leadership role as the No. 3 Republican in the House because she has continued to make Donald Trump’s false claims of election fraud the center of her public remarks.

But that is a partial understanding of the dynamics at work, which have more to do with the inside game essential to political survival in Washington, including Cheney’s ability—or inability, as the case may be—to cultivate the loyalty of colleagues, donors and friendly journalists. At this point, the conflict isn’t so much about Cheney’s principles; it’s about the way she’s gone about articulating them, publicly and privately.

In conversations with nearly a dozen GOP operatives and lawmakers, many of whom are now indifferent to or supportive of Cheney’s ouster, they say they are not unsympathetic to her views either on Trump or on foreign policy, where she is and always has been an important voice within the Republican Party. That’s in part why, just three months ago, Cheney beat back—by a convincing margin—an attempt to oust her from House leadership.

But Republican lawmakers and GOP operatives alike are frustrated that, after standing by her, Cheney has repaid the favor by continuing to draw attention to an issue that divides Republicans, rather than training her fire on the Biden administration. And while, yes, it is possible to do both, take a look at the headlines and see which message is getting more traction.

Cheney’s allies say that allowing Trump to promulgate lies about the election, as he has done since November, risks another insurrection. She has every right to make that her focus. But it’s one thing to do that as a rank-and-file member; her job as conference chairwoman is to help the party regain a House majority next year by rallying Republicans around a message that unites them and damages Democrats’ prospects.

The divide is deeper than pro- or anti-Trump. Rather, it’s a disagreement about how influential an out-of-office Trump continues to be on the party and whether, politically speaking, GOP energy is best spent fighting him or President Joe Biden. Cheney and her allies say Trump is an electoral loser for the GOP and won’t fade on his own; others argue his influence is diminishing and it’s disastrous to keep fighting the last war.

That sentiment is behind the exasperation with Cheney that extends even to some of the Republicans who joined her in voting for Trump’s second impeachment, according to two GOP lawmakers. They say Cheney is hurting the electoral prospects of the anti-Trumpers in the conference, who are being asked about her, rather than Biden, when they return home to their districts.

“People who voted to impeach stand by their decision, but they don’t want to be litigating that,” a top Republican operative told me. “We should be litigating why the Democrats suck and how Republicans are going to win the majority.”

Yet, in the immediate aftermath of the January 6 attack, Cheney told donors she wanted to make her forthcoming primary battle a referendum on the attacks, according to people on the call. It is not a message that resonates particularly well with a group that struggled with how to approach the Trump era altogether, and is eager to put the divisions of the past four years behind them.

Cheney might have understood her colleagues’ thinking better if she spent some more time hearing them out. POLITICO’s John Harris made the point in a column in March that asked, pointedly, why some politicians are such a–holes. He contrasted the friendless and scandal-plagued New York governor, Andrew Cuomo, with the late presidential adviser Vernon Jordan, a man of a thousand close friends. At the time, I wrote Harris telling him that Cheney was another example of the former, and the retired Gen. David Petraeus, who survived a public scandal mostly intact, of the latter.

Cuomo and Cheney don’t have much else in common, but both are second-generation politicos whose rise in public life was propelled in large part by their father’s networks. As a result, they seem to have learned less about what it takes to develop and maintain professional friendships and alliances.

Since Cheney’s arrival in Congress in 2017, I’ve heard complaints from operatives, donors and fellow reporters about Cheney’s political operation, which has been described as difficult, brittle, unresponsive and tone deaf. To wit, she is not working her colleagues to hold onto her leadership role. As repellent as it might seem, the cultivation of allies and the trading of favors is essential to political survival, a lesson Cheney seems to be learning the hard way.

As a counterexample to Cheney’s persistent focus on Trump, take Senate Minority Leader Mitch McConnell, whose distaste for the former president is hardly a state secret and who has demonstrated that it’s possible to stand on principle without belaboring it. It wasn’t so long ago that McConnell, a ruthless political operative, called his vote to affirm the results of the November election the most important he had cast in his political career. The former president has responded by calling McConnell a “dumb son of a bitch.”

But asked about a recent Trump broadside, McConnell told Fox News last week: “We’re looking to the future, not the past. And if you want to see the future of the Republican Party, watch [Sen.] Tim Scott’s response to President Biden last night. … We’re not preoccupied with the past but looking forward.”

Or, as a second GOP operative put it: “She is choosing not to pivot. Mitch McConnell is no fan of Donald Trump, but he doesn’t say a goddamned word.”

Team Cheney argues that Trump remains a threat even if he is tapping out inanities from a beach chair at Mar-a-Lago, rather than from the Oval Office, and that Cheney’s silence would be a concession to Trump’s version of events.

But Cheney’s ideological allies are now left wondering: What is her end game?

The irony of the situation is that Cheney has rightfully derided some of her colleagues for using their positions to peacock for the most pathetic pro-Trump grifters and media outlets. Cheney’s audience is different, and her cause more righteous, but that’s where she is headed.