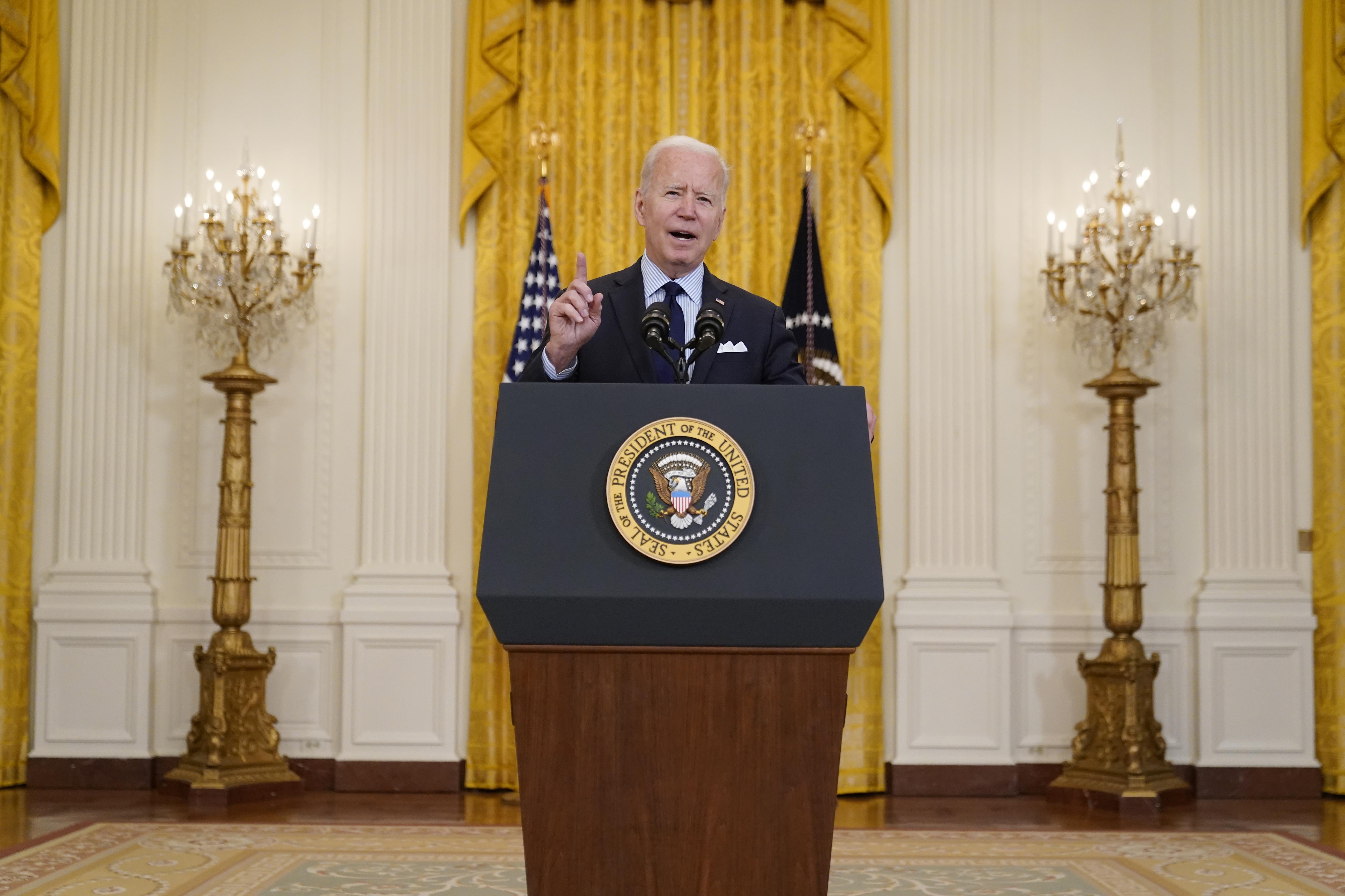 President Joe Biden said Friday afternoon that the United States’ economy is “on the right track” despite a vastly disappointing monthly jobs report.

“Today there is more evidence our economy is moving in the right direction, but it is clear we have a long way to go,” Biden said.

The economy created 266,000 jobs in April, a figure that shocked many Wall Street observers who had been anticipating figures around 1 million as states lift public health restrictions and vaccination rates climb. The numbers for March were also revised sharply downward, to 146,000 jobs added from 770,000.

Biden, speaking from the East Room of the White House, argued that the jobs report underscored the need for the multitrillion-dollar recovery package enacted earlier this year, as well as the huge spending proposals the president has laid out in recent weeks.

“This month’s job numbers show we are on the right track,” Biden said. “We still have a long way to go. My laser focus is on growing the nation’s economy and creating jobs.”

Biden’s remarks were crafted as an apparent rebuttal to conservatives who blamed the disappointing numbers on the juiced-up unemployment benefits put in place during the Covid-19 pandemic, which they said have deterred people from seeking work, and the friction caused by schools not being fully opened in many parts of the country.

Biden recognized that “some employers are having trouble filling jobs,” but dismissed the idea that the supplemental jobless benefits were at fault.

“No, nothing measurable,” Biden told a reporter following his remarks in response to a question on whether the enhanced benefits have incentivized people to stay out of the workforce.

Liberals have argued that employers are contributing to the problem by not offering higher wages and sufficient safety protections to attract workers to fill the open positions.

Biden’s comments echoed those of Labor Secretary Marty Walsh, who made the rounds on cable news channels earlier Friday to cast the jobs numbers in a favorable light and defend the administration’s economic policies.

Treasury Secretary Janet Yellen told reporters Friday that “it’s clear that there are people who are not ready and able to go back into the labor force,” citing child care needs and concerns about the risk posed by the coronavirus. She said she believes those are what’s holding back the economic rebound.

“I don’t think that the additional unemployment compensation is really the factor that’s making the difference,” Yellen said.

She added that economic officials believe the U.S. will reach full employment “next year,” and that while they are anticipating an uptick in inflation in the near term “I really doubt we’re going to see an inflationary cycle.”