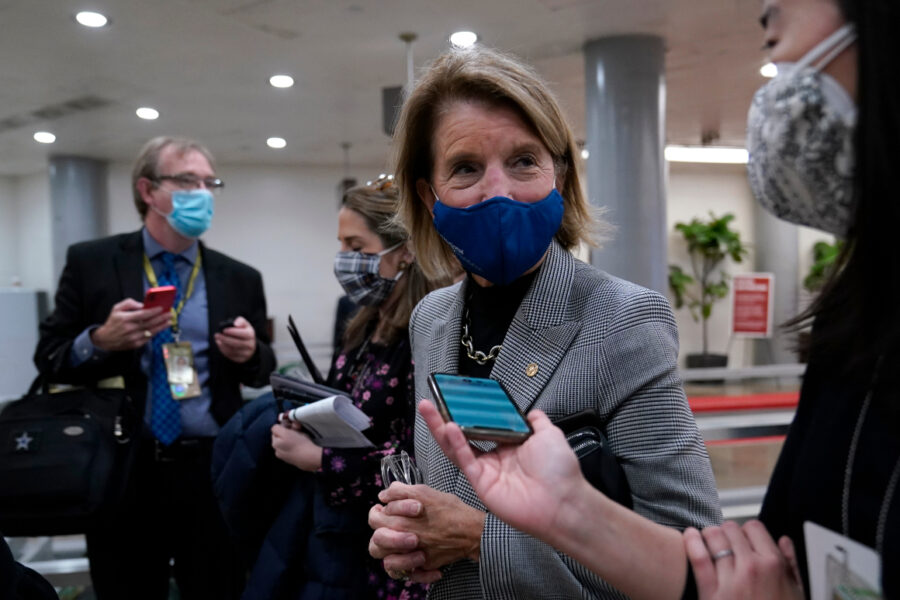 Senate Republicans are signaling that they could raise the price tag of their infrastructure offer to President Joe Biden, days ahead of a pivotal series of meetings that could make-or-break Biden’s hopes for a bipartisan deal.

While Democrats have panned the GOP’s initial $568 billion bid as insufficient, several Republican negotiators said in interviews on Monday night that they were willing to go higher — as long as the bill in question is limited to physical infrastructure.

“The first offer is meant to be countered, so I would imagine that none of those figures are solid,” said Sen. Shelley Moore Capito (R-W.Va.), who is leading the negotiations on the GOP side.

Republicans’ openness to spending more, and not drawing a red line at their initial offer, comes at a critical moment for the infrastructure talks that have consumed Washington. Progressive Democratic senators are growing impatient with the GOP for undercutting Biden’s $2 trillion-plus proposal, piling pressure on Republicans to either go higher or get left behind by a party-line Democratic bill.

Democrats can in theory pass their own partisan bill, using the protections of so-called budget reconciliation to get around a GOP filibuster, but some are joining Biden in holding out hope that cross-aisle talks this spring bear more fruit than Biden’s brief coronavirus aid discussions this winter. Asked if the GOP is willing to go higher, Sen. Rob Portman (R-Ohio) said: “Yeah. It’s a negotiation.”

Still, Republicans likely will have limits on the amount of spending they’re willing to tolerate. They want to pay for any infrastructure bill with new user fees rather than deficit spending, and Biden’s proposal to finance the measure with higher corporate taxes would mean “there will not be one Republican vote” for the package, said Sen. Roger Wicker (R-Miss.).

“It’s a give and take, yes,” Wicker added. He cautioned that for Republicans, “I don’t think it’s really realistic to go up much higher.” Sen. Deb Fischer (R-Neb.) said that while Republicans would consider more infrastructure spending, it would require a different approach from the White House too.

“I would hope the administration is going to pare their proposal way back and really start looking at what core infrastructure is,” Fischer said.

Andrew Bates, a spokesman for Biden, said the “president appreciates his Republican colleagues’ engagement in these negotiations regarding the best ways to invest in our middle class and our infrastructure.”

McConnell suggested over the weekend that his conference would consider something between $600 billion and $800 billion, which is at the high range of what the Senate GOP is willing to accept. Senate Republicans at a private lunch last month discussed an infrastructure deal worth $550 billion over five years or $880 billion over eight years.

But even $800 billion likely won’t cut it with many Democrats, who view Biden’s call for massive investment in the nation’s roads, bridges, broadband and other items as a once-in-a-generation opportunity.

“I want to know what Mitch McConell plans to cut,” said Sen. Elizabeth Warren (D-Mass.). “This is not a moment to say ‘We’ll repair half our roads. We’ll provide child care for half the mothers who want to go back to work. We’ll provide broadband for half the country that still doesn’t have it.’ This is the time to say ‘We’re going to make an investment in all of us.’”

Biden has proposed pairing spending on physical infrastructure with hundreds of billions for child care and other social priorities, a strategy already rejected by Republicans. Democrats like Sen. Chris Coons (D-Del.) have suggested passing a bipartisan bill at the Senate’s 60-vote threshold focused on traditional built infrastructure and then cramming through the rest of Biden’s agenda in a Democratic-only package.

“We could certainly reach an agreement on physical infrastructure,” said Sen. Mitt Romney (R-Utah). “Some of the other things the administration wants to do, which is under the banner of infrastructure more broadly, is going to have to be considered on a partisan basis. I just don’t think we’re going to go along with hundreds of billions of dollars in child care and the like.”

Yet Democrats are worried that the split-it-up strategy could complicate the path to passing other bills on Biden’s agenda, and several senators have warned that stringing out negotiations with Republicans is a mistake. Moreover, there’s a question of just how many Republicans would ultimately go along with spending more than $100 billion on infrastructure per year, as proposed by Capito and her fellow negotiators.

Sen. Mike Braun (R-Ind.), a debt hawk, said that he was “not necessarily” open to increasing the Republican offer. And Sen. Joni Ernst (R-Iowa), who is a member of leadership, said she doesn’t “love the idea” of spending more, but added “I do think there’s room for negotiation.”