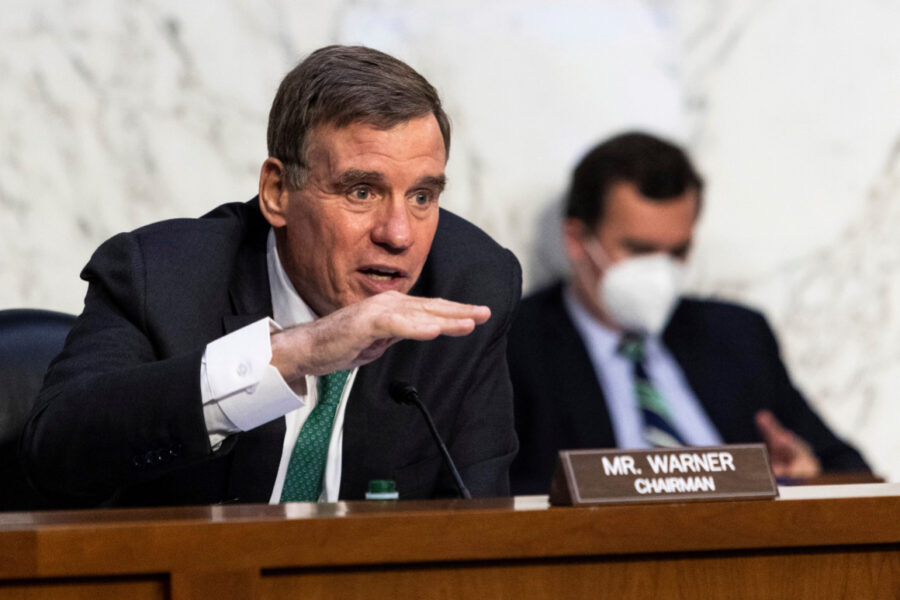 Lawmakers were sworn to secrecy for five years about the threat of mysterious health incidents impacting U.S. personnel at home and abroad. Now, those lawmakers have hit their limit and are castigating the intelligence community.

As officials sound the alarm in closed-door briefings on Capitol Hill, members of Congress in both parties are panning what they see as a yearslong failure to sufficiently address the growing spate of so-called directed-energy attacks on Americans. They’re pushing the Biden administration to get to the bottom of the episodes and properly care for the victims.

“We owe this to our people,” said Sen. Mark Warner (D-Va.), chair of the intelligence committee. “The fact that we’re five years into this and we’re still making sure we’ve got the protocols to one, take care of our people who are injured, two, [identify] who did this, and three, [identify] what tools or weapons did they use — these are all critical questions.”

The attacks were first identified in Cuba in 2016 in what became known as “Havana Syndrome.” American diplomats were believed to have been targeted with directed energy from an unknown source. Victims of the suspected attacks have reported symptoms including severe headaches, ringing and pressure in the ears, and even long-term brain damage. Since then the incidents have stumped officials across the U.S. government, where a massive investigation is beginning to take shape as the threat to American personnel has increased — both overseas and on U.S. soil.

“The response was inadequate in the early stages. I think it’s gotten better but still not good enough,” Sen. Marco Rubio (R-Fla.), vice chair of the intelligence committee, said in a brief interview. “It’s almost like the burden of proof is on these individuals, and given the nature of the injuries they’ve suffered, I don’t think it was initially treated the way it should’ve been.”

After POLITICO first revealed the Pentagon’s recent warnings to congressional committees amid a rising number of incidents, lawmakers lamented that individuals hit with suspected attacks were not getting the necessary medical care. Rubio, for example, said victims were facing “bureaucratic hurdles” to get proper treatment.

Last year, former Acting Defense Secretary Christopher Miller approved a plan for the Pentagon to cover medical care for victims of the suspected attacks who sought treatment at the department’s facilities, according to two former national security officials with direct knowledge of the matter.

In the meantime, though, Sen. Susan Collins (R-Maine) told POLITICO she is working on legislation that would allocate funding for medical care and other financial compensation for the alleged victims. Collins, a senior member of the intelligence committee, also wants to give targets of directed-energy attacks access to the brain injury unit at Walter Reed National Military Medical Center.

“I have been very concerned for two years about the battle that government personnel have faced in getting proper medical treatment for these mysterious attacks that have occurred while they’ve been serving our country — and it just should not be that way,” Collins, who has spoken directly with some of the victims, said in a brief interview.

Meanwhile, President Joe Biden’s top deputies are facing growing pressure from lawmakers to figure out who is responsible for the suspected attacks, which officials believe have also occurred on U.S. soil, including near the White House and in the D.C. suburbs. Despite CIA Director William Burns’ renewed focus on the matter, lawmakers want to see more done.

“Too much of that information has been classified, to the detriment not just of those people who have been affected, but also to the response to address it,” said Sen. Jeanne Shaheen (D-N.H.), an Armed Services Committee member who has led the push on “Havana Syndrome” for years.

Due to the nature of the suspected attacks and the sophisticated weaponry used, they are extremely difficult to attribute. Officials have told lawmakers that they suspect the GRU, Russia’s military-intelligence unit, may be behind the incidents, as POLITICO first reported, but the U.S. intelligence community has not yet made a formal determination.

Lawmakers and aides say the yearslong failure to determine who is responsible means the executive branch has kept too much information about the phenomenon under wraps. It’s a familiar spot for members of Congress, who, Republican and Democratic alike, grew frustrated with the Trump administration for its lackluster congressional engagement that often led to lawmakers first learning of major developments through the press.

Even the ultra-secretive Gang of Eight — the group of congressional and intelligence committee leaders privy to top-secret information — has been in the dark about key elements of the episodes. Rubio, a Gang of Eight member, said the Biden administration was not providing enough concrete information to the committees of jurisdiction on Capitol Hill.

“We’re demanding to know more. It’s a legitimate thing for us to oversee … not just on how they’ve responded, but how that’s ongoing,” Rubio said in a brief interview. “I know I haven’t been [told enough]. And I think you’ll find everybody else agrees with that.”

Sen. Richard Burr (R-N.C.), the former chair and a current member of the intelligence committee, said the panel has not been briefed about the suspected domestic incidents involving directed energy, adding: “I would think most people would assume that we have been [briefed].” A source familiar with the committee’s briefings noted that the panel has been informed about the suspected incidents on U.S. soil. 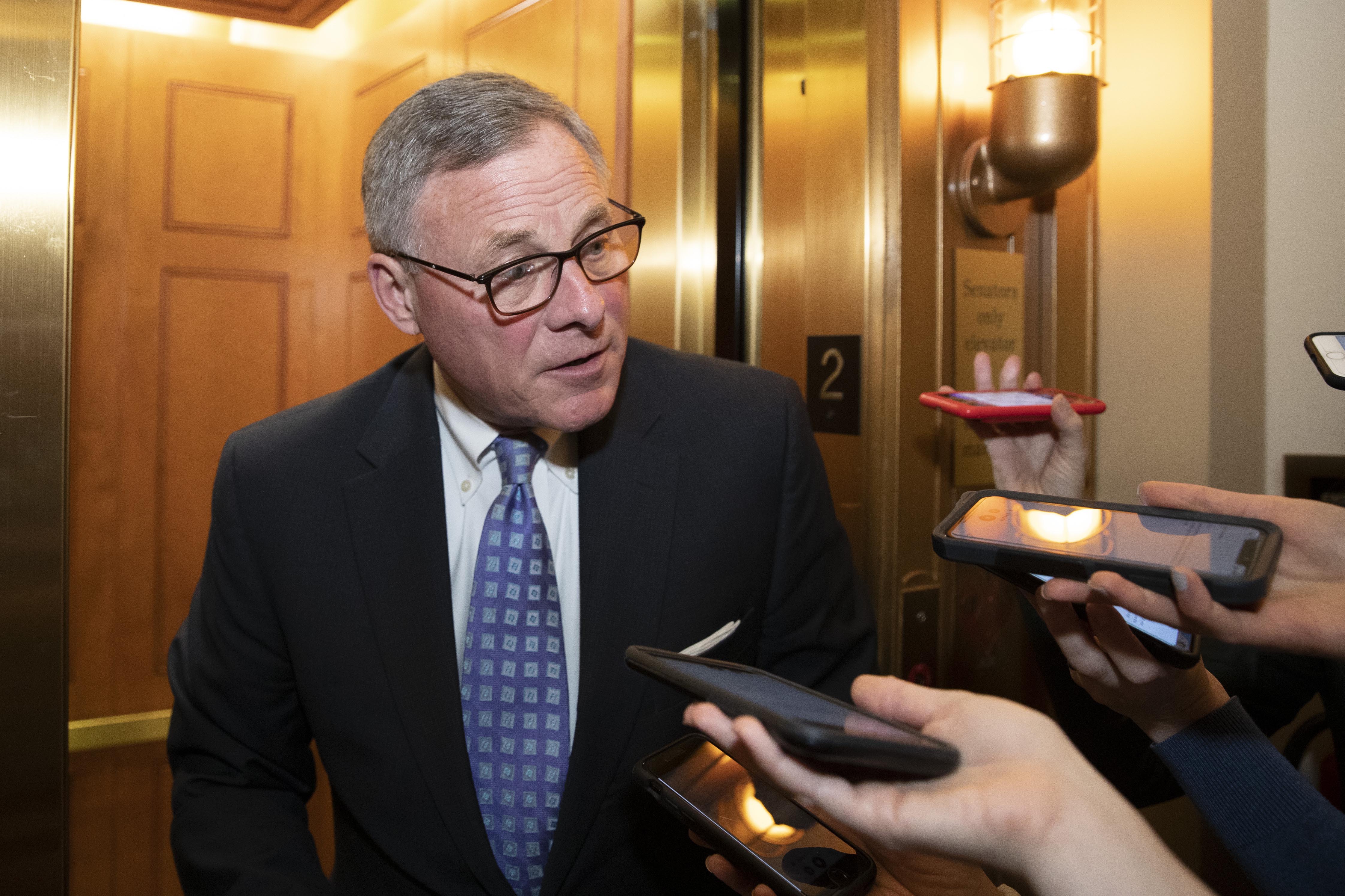 A representative for the Office of the Director of National Intelligence declined to comment. A spokesperson for the CIA referred questions about the broader engagement with Congress to the National Security Council but added: “CIA is committed to continued and robust engagement with intelligence oversight on our work to care for affected officers and to determine the cause of these anomalous health incidents.”

“In our first 100 days, the Biden administration had both more open and closed member and staff engagements on this issue than the entire Trump administration,” said National Security Council spokesperson Emily Horne. “We will keep working closely with Congress on this issue and very much appreciate efforts by members to support improved access to medical care for impacted individuals.”

Complicating matters further is the fact that in addition to the intelligence panels, the House and Senate Armed Services committees are pushing for additional information on the attacks, which have also impacted Defense Department personnel. The Pentagon, which launched a task force on the suspected attacks last year, has been briefing both committees and told lawmakers last month that the threat against U.S. personnel was growing and urgent.

The investigation has intensified in recent months, and now includes all 18 agencies of the U.S. intelligence community. Burns in particular has stepped up his personal involvement in the matter.

“There are a lot of entities within the government looking at this,” Warner said. “We need to have it better coordinated, and I think there’s a level of seriousness given to this now that, frankly, was not there until Director Burns came and made this a priority.”

“Sometimes I’m not sure that one agency talks to the other agency in terms of what we’re doing,” she added.

Shaheen urged Moultrie to push for an “unclassified accounting” to ensure lawmakers and the public get “consistent information” on directed-energy attacks.

Moultrie vowed he would “find ways to disseminate this information to our citizens and to those who need to know in our installations and facilities around the world.”

Lara Seligman and Connor O’Brien contributed to this report.