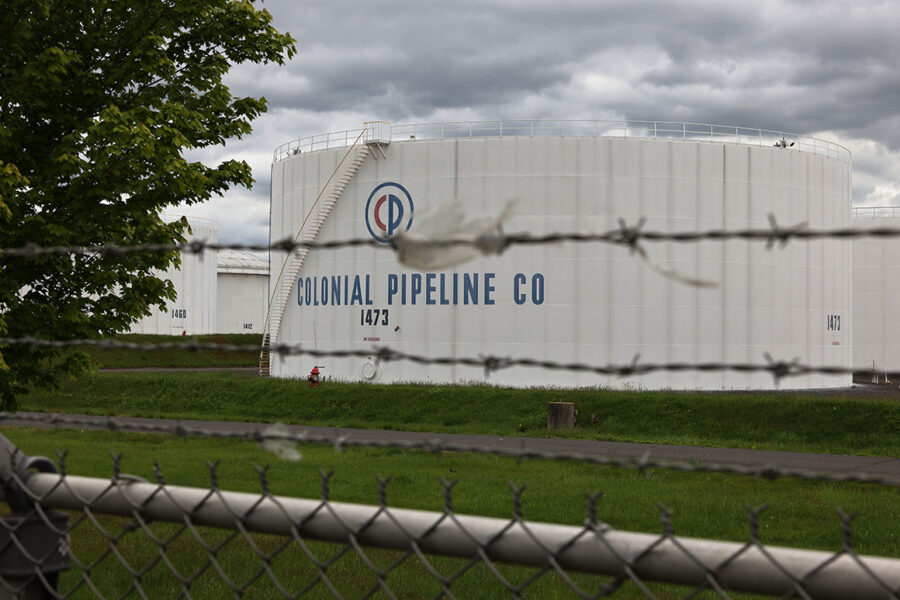 The Colonial Pipeline restarted operations on Wednesday, five days after a cyberattack on the company forced it to shut down the crucial fuel line that delivers nearly half the gasoline to the East Coast.

The closure triggered panic buying across the southeastern U.S. this week that drained supplies of gasoline at many retail stations, posing a threat to the economic rebound from the pandemic, as well as a political risk for President Joe Biden, who marshaled much of his Cabinet to mount a robust response to the supply disruption.

Still, Colonial Pipeline warned that resuming operations on the 5,500-mile artery that runs from Houston to New Jersey would take some time.

“It will take several days for the product delivery supply chain to return to normal,” the company said in a statement. “Some markets served by Colonial Pipeline may experience, or continue to experience, intermittent service interruptions during the start-up period.”

The pipeline shipments were stopped on Friday after the attack that used ransomware from the cyber gang DarkSide. It was the latest strike on U.S. companies, and the biggest ever cyber assault on U.S. energy infrastructure, and it drew concerns from lawmakers about the lack of attention that has been paid to vulnerabilities in the critical U.S. infrastructure.

“This attack and ongoing outage simply underscore the vulnerabilities we have highlighted, and how crucial it is that Congress act to enhance [the Energy Department’s] cybersecurity authorities so that an incident like this does not happen again,” House Energy and Commerce Committee Chair Frank Pallone, Jr. (D-N.J.) and Ranking Member Cathy McMorris Rodgers (R-Wash.) said in a joint statement.

Fears that gasoline supplies could run short prompted residents in several states to swarm to gas stations, draining inventories and leading the White House to waive pollution rules and delivery restrictions to try to make sure the supply crunch doesn’t evolve into in political or economic crisis.

Transportation Secretary Pete Buttigieg told at a White House press briefing earlier on Wednesday that getting fuel to the communities suffering from the supply crunch was the administration’s “top priority.”

“This incident also reminds us that infrastructure is a national security issue,” he told the White House press briefing.

EPA Administrator Michael Regan sympathized with people who feared the worst because of the Colonial outage, but admonished them to remain patient and not hoard gasoline.

“We understand there are shortages resulting from the Colonial Pipeline shutdown that cause stress and confusion in people’s lives,” Regan said. “Folks should follow the advice of the governors and attorneys general not to panic, not to hoard gasoline and watch for updates coming from the federal government.”

While the shortages were mostly concentrated in southeastern states, fears were growing that they could spread north if the pipeline outage persisted.

“There is no need for anyone to stockpile gasoline. Widespread panic buying could result in unnecessary perceived shortages,” Pennsylvania Gov. Tom Wolf tweeted.

In its statement, Colonial Pipeline said it “will move as much gasoline, diesel, and jet fuel as is safely possible and will continue to do so until markets return to normal.” And it said it would conduct a comprehensive series of pipeline safety assessments in compliance with all federal pipeline safety requirements.

The shutdown of the Colonial Pipeline, which supplies nearly half the gasoline, diesel and jet fuel consumed on the East Coast, has raised questions of whether the federal government had adequate oversight the cyber risks facing U.S. infrastructure.

Buttigieg said that President Joe Biden’s infrastructure plan would include the “expectation” that projects seeking federal money would need to have “robust cyber securities resilience and planning” included in their funding requests.

But Biden’s $2 trillion-plus American Jobs Plan does not mention the need to protect new and upgraded infrastructure from hackers or propose any funding for this task, although experts and former government officials told POLITICO that it was critical that the final bill include significant cybersecurity spending.

The White House said Wednesday morning that the Department of Transportation will allow overweight truck loads of gasoline and other fuels across the South and up the Atlantic Coast states as far as New Jersey to use the interstate highway system. And the Department of Homeland Security has also concluded a review of shipping capacity on the water and “stands ready to review any temporary Jones Act waiver requests” to use foreign vessels to move fuel between U.S. ports, the White House added.

The surge in gasoline demand in some regions has drained retail outlets of their supplies, with 64 percent of gas stations in North Carolina out of fuel, while Georgia, South Carolina and Virginia are reporting figures near 45 percent, according to Patrick De Haan, a market analyst at GasBuddy.com.

Surging demand across the region was enough to push overall U.S. gasoline demand on Tuesday up more than 13 percent from the previous week even as most of the country experiences only a much smaller seasonal increase in sales, De Haan wrote. There seemed to be enough supply at fuel storage terminals, he added, meaning that the bigger issue seemed to be not enough truck drivers to deliver the fuel to retail stations.

Rob Underwood, president of the Energy Marketers of America trade groups, told reporters on a call Wednesday that his members were seeing purchases jump.

“I’m talking to retailers who say they have sold several days of inventory in a few hours,” Underwood said. “This creates major supply shortages that really doesn’t do anything to help the process out and doesn’t benefit anyone in the long run.”

Another complicating factor is that the economic slowdown from the pandemic, which already cut into refinery production last year, has hollowed out the ranks of the truck drivers needed to deliver supplies to retail outlets, and the driving schools to train new workers had been shut.

“We’re nearing 2019 sales levels and capacity although we have, just on the petroleum side, approximately 10% fewer drivers,” Ryan Streblow, interim president of National Tank Truck Carriers, said in call with reporters.

The Biden administration will give a House briefing on the cyberattack at 6 p.m. EDT on Wednesday.