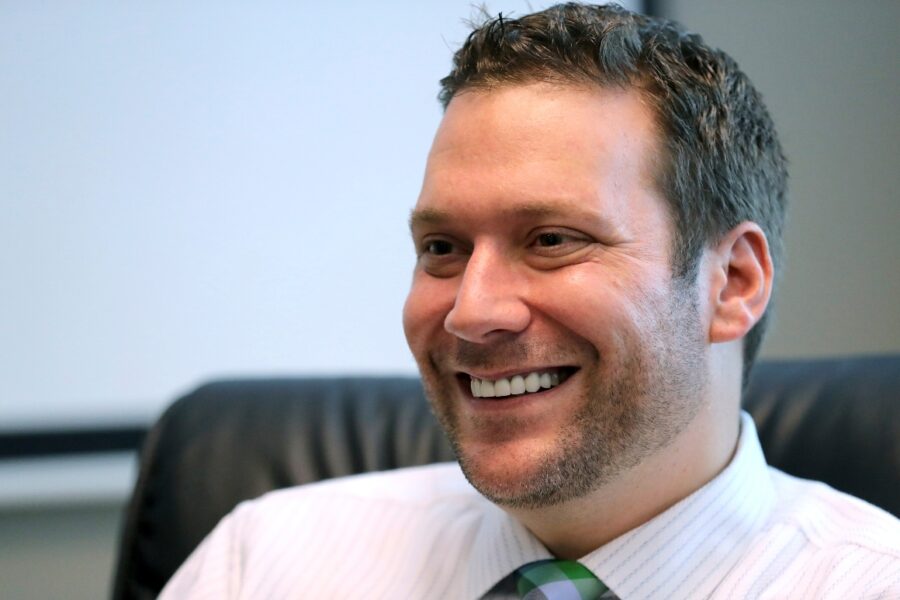 TALLAHASSEE, Fla. — A key figure in the federal probe into Rep. Matt Gaetz will plead guilty to six federal crimes, including sex trafficking of a child, in a plea deal that could spell trouble for the Republican congressman.

As part of his deal with federal prosecutors, Joel Greenberg, a former Florida county tax collector, has also agreed to “cooperate fully with the United States in the investigation and prosecution of other persons, and to testify” in future proceedings, according to court documents filed Friday in Orlando federal court.

Along with the sex trafficking charge, Greenberg agreed to plead guilty to federal wire fraud, identify theft, bribery and stalking-related charges. Prosecutors agreed to drop more than two dozen other criminal charges in exchange for his plea. He faces a minimum of 12 years in federal prison, and must forfeit $654,000 he obtained as part of the alleged wire fraud and bribery schemes.

A judge still must approve the deal. A plea hearing for Greenberg is scheduled for Monday in Orlando federal court.

The 86-page plea agreement outlines specific details of crimes that Greenberg is scheduled to plead guilty to during that hearing, including spending $70,000 over 150 separate financial transactions to pay women for sex, including a minor, over two years ending in December 2018.

The plea deal is the latest sign that Gaetz could be facing serious legal trouble. Federal authorities are investigating whether Gaetz had sex with the same 17-year-old girl that Greenberg is accused of trafficking. That probe grew out of the Greenberg case.

The deal with Greenberg, once described as Gaetz’s “wingman,” comes as the Department of Justice’s Public Integrity Section continues to interview Gaetz’ associates in connection with the sex trafficking probe into the lawmaker. Authorities, for example, are discussing a potential immunity agreement with Gaetz’s ex-girlfriend, who may have knowledge of alleged wrongdoing connected to Gaetz.

Gaetz has unequivocally denied all allegations made against him. Authorities have not charged him with any crime.

Legal experts say federal prosecutors would not have agreed to the deal if Greenberg did not have information to share.

“The feds aren’t going to cut a deal with an accused child sex trafficker unless they think that Greenberg can provide evidence leading to the prosecution of someone who committed worse acts, or a bigger fish — like a sitting member of Congress,” said Palm Beach County State Attorney Dave Aronberg. Aronberg has no connection to Greenberg’s case.

Greenberg and his attorneys have been discussing an immunity deal for months, but the results of those negotiations were not public until Thursday when a court filing indicated that the former tax collector intended to change his not guilty plea.

Among the charges Greenberg will plead guilty to is falsely accusing a political rival, Brian Beute, of being a pedophile. The alleged false accusations against Beute sparked the initial investigation into Greenberg.

The remaining charges Greenberg is set to plead guilty are an assortment of public corruption-related crimes, including the misuse of public funds. Greenberg is accused of opening up a bank account and filing it with tax collector office funds as well as using money from his agency to purchase cryptocurrency. Greenberg also opened up lines of credit using tax collector office accounts to make “thousands of dollars” in personal purchases, including cryptocurrency, according to federal documents.

On June 24, 2020, Greenberg’s initial application for a loan was approved, according to the plea agreement. It was one day after federal authorities arrested Greenberg.