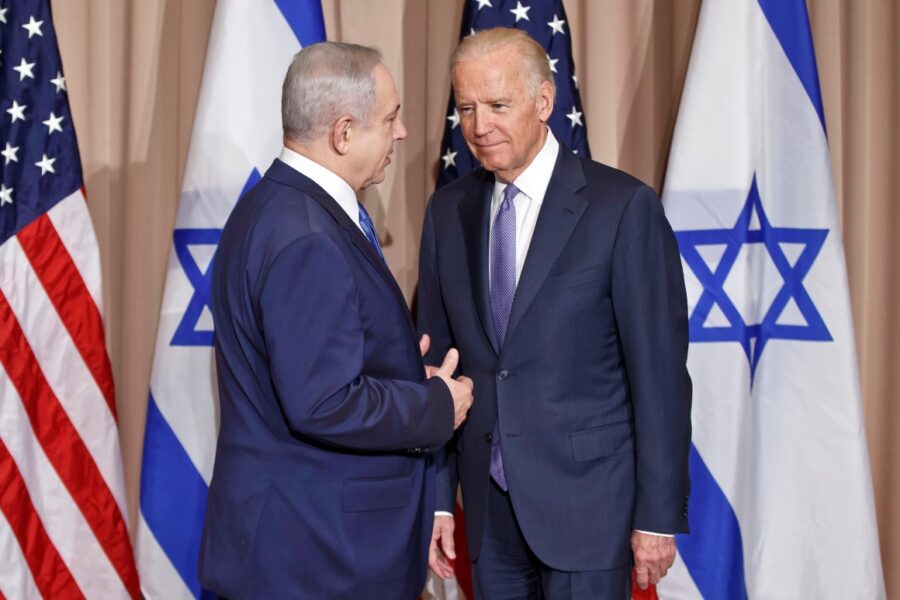 As tensions rose between the White House and Israel almost seven years ago, then-Vice President Joe Biden assured a Jewish audience that he and Prime Minister Benjamin Netanyahu were “still buddies.”

It didn’t matter that Netanyahu had treated Biden’s boss, President Barack Obama, with disdain; that the Israeli leader was actively seeking to derail U.S. nuclear talks with Iran; or that he’d so frustrated the White House that a top U.S. official called him “chickenshit.”

It wasn’t just policy disagreements that strained the relationship. On a much-heralded 2010 trip to Israel, Netanyahu’s government embarrassed Biden himself by using that moment to announce new Israeli settlement construction in areas claimed by Palestinians.

And yet none of that seemed to faze Biden, a politician who has made a career of reaching across the aisle.

“I signed a picture for Bibi a long time ago,” Biden, using Netanyahu’s nickname, told the audience in fall 2014, according to a media account. “He’s been a friend for over 30 years. I said ‘Bibi, I don’t agree with a damn thing you say, but I love you.’” 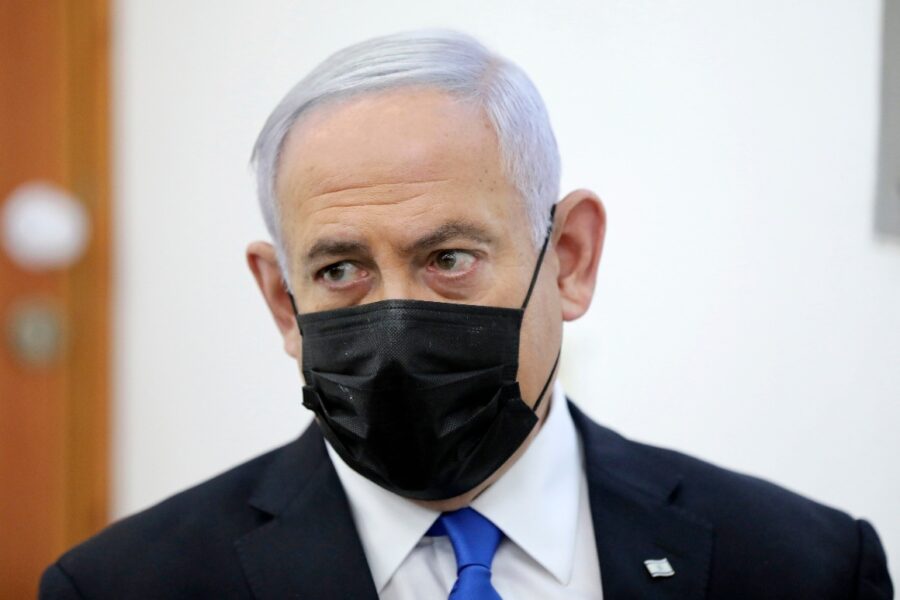 Today, that friendship is being tested once more as Israel clashes with Hamas, the Palestinian militant group that controls the Gaza Strip. Netanyahu, who showered Biden’s presidential predecessor and rival, Donald Trump, with buckets of praise as he made a slew of pro-Israel moves, also faces both political and legal peril. He’s standing trial on corruption charges and recently failed to form a governing coalition after Israel’s fourth election in two years.

For now, Biden is standing firm with his buddy, and arguably boosting him politically. He spoke to Netanyahu on Wednesday, assuring him of steadfast U.S. support for Israel as it fends off hundreds of Hamas-fired rockets and retaliates with airstrikes in Gaza. “My expectation and hope is this will be closing down sooner than later, but Israel has a right to defend itself,” Biden told reporters.

If the conflict drags on, and Palestinian civilian casualties keep mounting, however, Biden may find himself under increased pressure to rein in Israel. Some of that pressure is likely to come from his fellow Democrats, an increasing number of whom have abandoned the party’s once-reflexive support for Israel.

“On one hand, [the Biden administration] clearly hopes to rely on the boilerplate approach that has long been the norm in U.S.-Israel relations, like saying they support Israel’s right to defend itself, even though it’s bombing territory that it occupies,” said Yousef Munayyer, a Palestinian-American analyst. “But I think they’re recognizing the shifting politics in the United States and in their own party.”

On Friday, Israel hammered Gaza with airstrikes, retaliating for Hamas rocket fire. More than 120 Palestinians have been killed, as have at least seven Israelis, according to The Associated Press. Some of the deaths were in the West Bank, where Palestinians held demonstrations and clashed with Israeli security forces. Violence caused by separate Arab and Jewish mobs also continues in various Israeli cities. Meanwhile, Egyptian officials have been trying to broker a cease-fire.

Asked Friday whether Israel is acting with restraint, White House press secretary Jen Psaki stressed that Israel has a right to defend itself, that the U.S. considers Hamas a terrorist group, and that the goal remains bringing an end to the fighting.

“We have been incredibly engaged here at the highest level,” Psaki said, adding that Biden is staying abreast of developments and has asked his aides to be “deeply engaged with the Israelis, the Palestinians and also with leaders and partners in the region to work toward a more lasting peace.”

But in a sign that the administration is aware of Palestinian sensitivities — and shifting Democratic politics — Biden used relatively unusual language in a Friday statement about a White House Muslim holiday celebration.

“Palestinians — including in Gaza — and Israelis equally deserve to live in dignity, safety and security,” Biden said. “No family should have to fear for their safety within their own home or place of worship.”

Biden’s relationship with Netanyahu is rooted in part in his longstanding love and support for Israel. In an old C-SPAN clip shared among activists and analysts this week, a much-younger Joe Biden says the United States shouldn’t have to apologize for supporting Israel and giving it billions of dollars in military aid.

“There’s no apology to be made, none,” he said. “Were there not an Israel, the United States of America would have to invent an Israel to protect her interests in the region.”

Biden has long believed that personal relationships are key to shaping foreign policy. Even as Obama faced hostility from Netanyahu, Biden managed to keep his relations with the Israeli leader from souring. In due course, Obama turned to Biden to reach out to Jewish or pro-Israel organizations to talk about sensitive issues like the Iran nuclear deal.

But Biden aides who also previously worked for Obama have not been so quick to forget Netanyahu’s slights. Those affronts included not telling the White House in 2015 that the Israeli prime minister would visit Washington at the invitation of Republicans to deliver a speech to Congress bashing the nuclear deal. 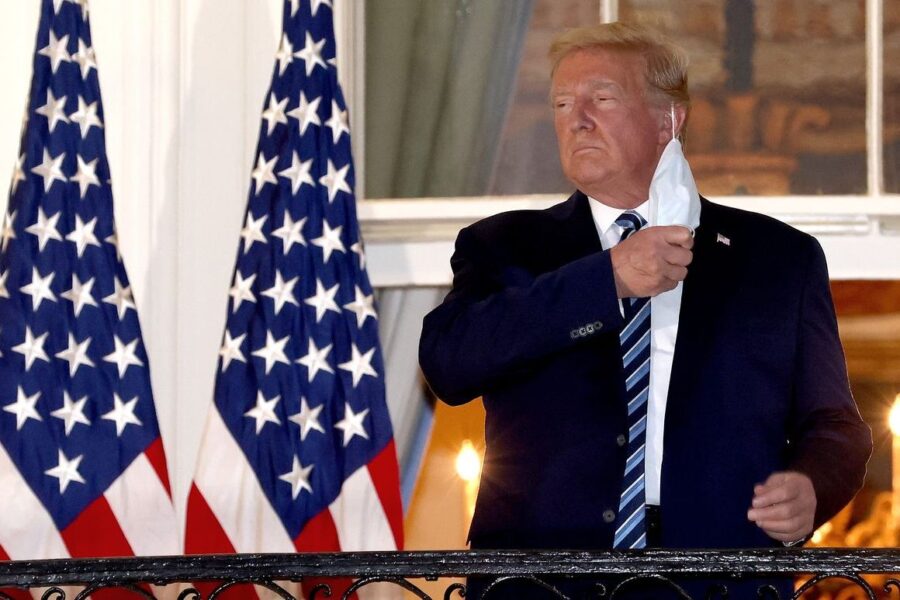 Trump’s 2016 win was a huge boost for Netanyahu, who openly courted the Republican. Trump took a stridently pro-Israel approach to the Israeli-Palestinian issue, such as recognizing Jerusalem as Israel’s capital, moving the U.S. embassy there and effectively ending U.S. aid to Palestinians.

When Biden was declared to have defeated Trump in the 2020 elections, Netanyahu was notably late in conveying congratulations compared to other world leaders, but he did invoke the friendship many of those other heads of government lacked.

“Joe, we’ve had a long & warm personal relationship for nearly 40 years, and I know you as a great friend of Israel,” the Israeli leader tweeted.

Upon taking over the presidency, Biden deprioritized the Israeli-Palestinian conflict. He and his team determined that neither side was ready for peace talks and decided the United States faced more urgent challenges, including managing the coronavirus pandemic and confronting China.

The bloodshed in recent days, driven initially by disputes over access to holy sites and potential evictions of Palestinians from their homes in east Jerusalem, has made the issue impossible to ignore.

Biden also has been trying to rejoin the Iran nuclear deal, a lingering point of friction with Netanyahu.

Amid intense lobbying by the Israeli prime minister, Trump in 2018 abandoned the deal, which lifted sanctions on Iran in exchange for curbs on its nuclear program. Biden aides are now indirectly talking to Iran in Vienna about ways both sides can return to compliance with the deal. Meanwhile, Israel is believed to have been behind attempts to sabotage a resurrection of the agreement, including an attack at an Iranian nuclear facility.

Netanyahu argues that the original deal is too weak and gives Iran too much economic relief in exchange for only a temporary pause in its nuclear efforts. Israel sees Iran as an existential threat.

Back during his 2014 speech, when he told the Jewish Federations of North America of his love for Netanyahu, Biden made a pledge he’s repeated in the years since — a pledge he’s hoped would assure Israel of America’s commitment to its security.