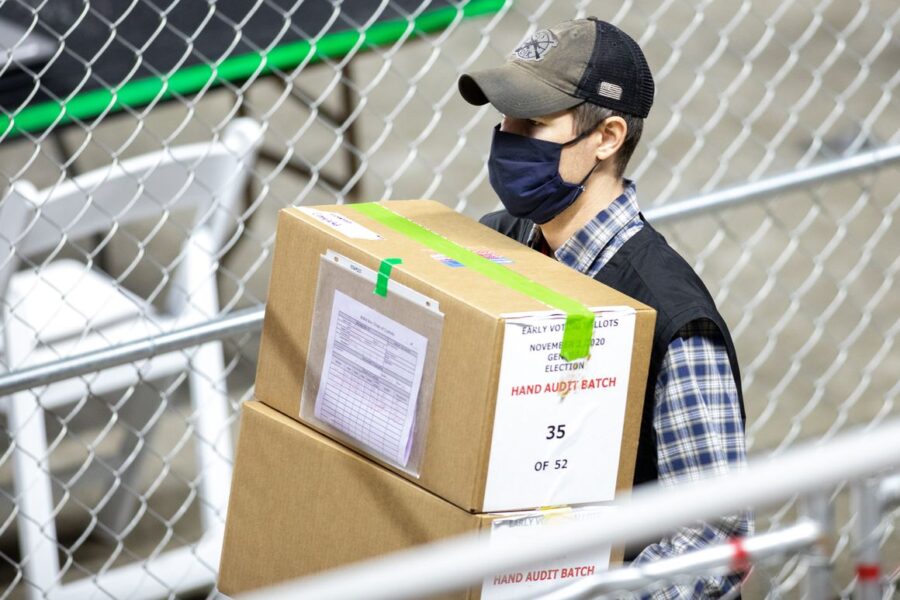 Arizona Republicans have an opportunity in 2022 to claw back ground they’ve lost as the state shifted towards Democrats. But first, the fight over 2020 has to end.

Republicans in the state are still divided over the results of the last election, months after President Joe Biden was sworn into office. An ongoing and extraordinary audit of the 2020 vote count in the state’s largest county — rooted in conspiracy theories and the false belief that Biden’s election was not legitimate — is deepening the schism six months after the election, with no clear end in sight.

The GOP-controlled state Senate subpoenaed ballots from Maricopa County, where more than half of Arizona’s voters live, and hired a previously unknown private firm to conduct the audit. Republican supporters say the effort is necessary to ease concerns of voters about the 2020 vote count.

But other Republicans are speaking out to warn that the amateurish conduct of the audit and the conspiracy theories it has amplified could cause lasting damage to the party. Next year they must defend an open governor’s seat and try to flip back one of the two Senate seats Democrats took in the last two elections.

Instead of a wake-up call spurred by those two Trump-era losses and Biden’s narrow statewide victory, they worry the audit is the latest sign of the Republican Party marginalizing itself in a state where it once reigned supreme.

“First of all, you do need to get to a point where you say, ‘Okay, we’re done. We have sufficiently addressed concerns that might be out there in the community.’ And I feel like we had gotten to that point,” Bill Gates, a Republican Maricopa County supervisor, said in an interview. He said the county’s previous audit and recounts of ballots already determined there were no issues in the election.

But others supportive of the audit say the party needs it to help its base to move on from 2020 and focus on the political fights to come.

Kelli Ward, the Arizona GOP chair, said in an emailed statement the audit was being conducted because of the voters in the state who contacted the state Senate expressing concerns about the election. She dismissed Republicans who say it could hurt their chances next year.

“We are preparing for the 2022 elections, and we believe that fighting for election integrity will benefit our candidates in 2022,” Ward said. She criticized the media for focusing on “former Republicans and a few current Republicans who question the audit.”

“Let the audit continue, and then we can talk about the results,” Ward added. 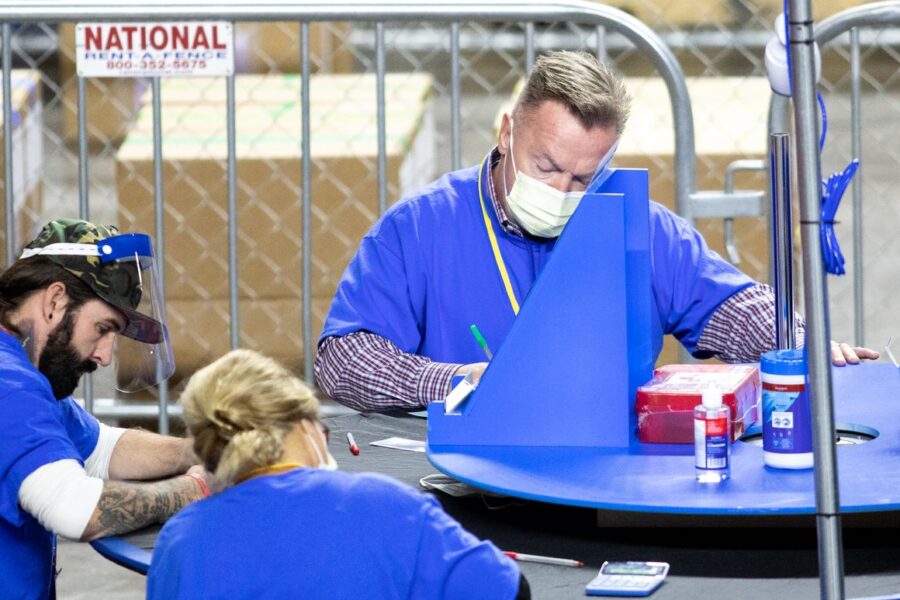 Division is a familiar state for the Arizona GOP, and this one is emblematic of a broader fight within the party, between Republicans relitigating the 2020 election and others seeking to move on and focus on opposing Biden ahead of 2022.

“They are listening to a very vocal Republican base in Arizona that is confident something was amiss in the 2020 election, and they are responding to that vocal constituency,” said Stan Barnes, a Republican consultant and former state senator. He added: “I don’t throw in with some of my Republican chattering class that says this is a belly flop for Republicans in 2022.”

Rep. Andy Biggs, a high-profile Trump supporter and possible Senate candidate, visited the audit site late last month and posted a video on Twitter promoting it. Jim Lamon, a businessperson and the first major candidate to enter the 2022 race to challenge Democratic Sen. Mark Kelly, said in a statement that “election integrity is a foundation of our Republic” and important issue to him.

“This audit will help ensure that the American people have full confidence that all eligible Arizonans who cast ballots had their votes accurately counted,” Lamon said.

Gov. Doug Ducey told the Arizona Republic recently they would assess findings once it’s completed. A spokesperson did not return a request for comment from POLITICO, but told the Republic that the governor had been a vocal advocate for Arizona elections, although the executive branch was not involved in the audit.

Katie Conner, a spokesperson for state Attorney General Mark Brnovich’s office, said in a statement there would be a time to discuss the results of the audit, but that was not during the process.

Brnovich “believes the legislative branch has the authority to conduct the audit, and the judiciary agreed,” Conner said. “It would be inappropriate to interrupt the process simply because some people assert that it could be handled in a different manner.”

The worries go beyond the political ramifications. Election administrators and security experts are also gravely concerned it will further erode trust in the election and open the door to more unwarranted challenges to future elections, in the state and elsewhere.

The audit is being run, in part, by a firm called Cyber Ninjas. The little-known firm is run by a man who has previously promoted baseless conspiracies about the 2020 election and appears to have little past experience in conducting elections or running audits.

“This is not an audit. It’s not even a recount,” said Tammy Patrick, a former Maricopa County elections official who is now a senior adviser at the Democracy Fund. “If we continue to indulge this kind of activity, we will not be living in a true, healthy democracy.”

The process will pause this coming week, as the auditors temporarily depart their space for previously scheduled graduation ceremonies.

But the disagreement will continue. State Senate President Karen Fann this week sent a letter to Maricopa County’s board of supervisors raising “serious issues” stemming from the audit and requesting a public meeting next week. Trump and his political shop amplified the letter. But the board chair, Republican Jack Sellers, said in a statement that the firm conducting the audit was “in way over their heads” and called the claims “dangerous.” The board will meet Monday to dispute those claims, according to the Arizona Republic.

Fann defended the audit against critics who say it would have a political, and institutional, cost. And she disagreed that the audit effort itself was contributing to concerns about the election.

“I think there’s political ramifications if nobody answers anybody’s questions,” she said, pointing to the large number of voters who have expressed concerns and saying “the very least we can do is get answers to those questions.”

Democrats see plenty of opportunity to continue to attack Republicans over the divide within the party, especially if the audit continues into the summer.

“The splintering of the Republican Party will play an outsized role in what’s already gearing up to be a combative, expensive, and long GOP Senate primary in Arizona,” said Sarah Guggenheimer, a spokesperson for the state Democratic Party.

“They keep talking about things that put them into an electoral cul-de-sac,” Coughlin said. “They’re not talking about Biden. They should be making this massive expansion of the federal government their main issue, and talk about how Arizona’s economy is growing and doing great.”

Some Republicans are pushing in that direction. Ducey — the term-limited governor, who has said he will not run for Senate — this week highlighted that he was ending additional federal unemployment benefits, instead offering one-time bonuses for people returning to work. And national Republicans have not highlighted the audit or 2020 fights in the state, but have instead focused on criticizing Kelly on border issues.

Gates, the Republican deeply critical of the audit, agreed that the party needs to refocus but said the GOP has time to do so without completely eroding its chances in 2022. He said Biden’s agenda provides fodder for Republicans, if it’s their focal point.

“There’s a great opportunity, but the last thing that the party should be doing right now is relitigating the 2020 election and basically saying that if you don’t believe in the Big Lie, then you’re not welcome in this party,” Gates said.

Zach Montellaro contributed to this article.