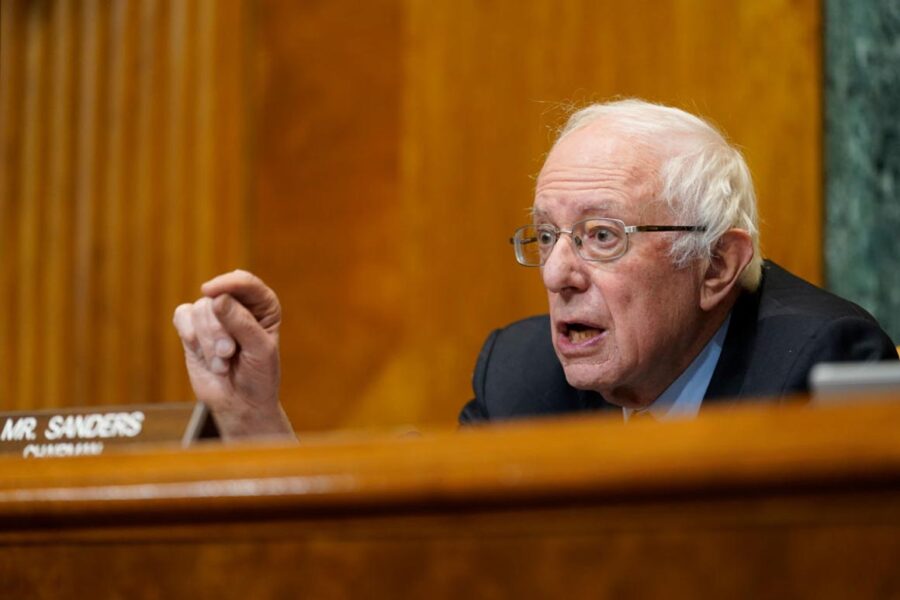 Democrats are heading for a major reckoning over the U.S. relationship with Israel, amid a spiraling escalation of violence in recent days that has put pressure on President Joe Biden to get tougher on the Israeli government.

The prospect of forced evictions of Palestinians in east Jerusalem and a sustained rocket campaign against Israel this week have laid bare the increasingly thorny political dynamic facing congressional Democrats, more of whom are beginning to question the lockstep bipartisan support for Israel that has existed across Washington. While not abandoning America’s historically strong ties to Israel, Democrats aren’t flinching this week in their calls for a tougher posture against aggression toward Palestinians.

“There is a very strong emerging ground in the Democratic Party that wants to see an American policy that is balanced — that recognizes both Israel’s security needs and rights when it comes to defending itself from rockets and terror, but also recognizes that will never end unless Palestinians get their rights and their freedoms,” said Jeremy Ben-Ami, president of J Street, an advocacy group founded as a progressive pro-Israel voice on U.S. policy.

“We think that this is becoming the center of the Democratic Party,” Ben-Ami added.

Over the past week, the Palestinian militant group Hamas has launched a new round of rocket attacks targeting civilian areas in Israel, prompting lawmakers from both parties to forcefully condemn the aggression and assert Israel’s right to defend itself from an enemy that believes it should not exist. Democrats are dinging the Israeli government for what they see as a counterproductive crackdown on Palestinians within its own borders — but they’re also urging Biden to speak up.

“If the Biden administration puts the rule of law and human rights at the heart of its foreign policy, this is not a moment for tepid statements,” Sen. Chris Van Hollen (D-Md.) said, referring to looming evictions that he said would constitute a violation of international law.

Israel’s controversial settlement activities are threatening to force Palestinians from their homes in the Sheikh Jarrah neighborhood of east Jerusalem, in what was seen as the precursor to the violence that’s exploded in the region over the past few weeks. Israeli attacks in Gaza, seen as retaliation for the strikes toward Israel’s own territory, have killed more than 100 Palestinians this week alone. As of Friday evening, there were growing fears of a ground invasion in Gaza.

An Israeli airstrike Saturday destroyed a high-rise building in Gaza City that housed offices of The Associated Press. The strike came nearly an hour after the military ordered people to evacuate the building, which also housed Al-Jazeera, other offices and residential apartments. There was no immediate explanation for why it was attacked.

“We’re in this moment today because Hamas made a horrible mistake and fired rockets unprovoked into Israel. But we also got here because the Israeli government has effectively eliminated the prospect of a viable future Palestinian state,” Sen. Chris Murphy (D-Conn.), who traveled to the region earlier this month just before the violence ramped up, said in a brief interview on Friday.

Top American officials are working feverishly to broker a ceasefire as the death toll over the past week has risen. But a ceasefire alone would not address what some Democrats see as an Israeli government, led by Benjamin Netanyahu, that has actively impeded a viable Palestinian state. The conflict also comes as Israeli lawmakers are struggling to cobble together a coalition government.

While Biden’s top deputies have privately relayed their concerns about the settlements and possible evictions, the administration has simultaneously tried to keep Israel at bay as the president seeks to re-enter the Iran nuclear deal, which Israel vehemently opposes. That posture is no longer tenable, Democrats say, as the prospects of a full-blown war increase, and tensions between Arab and Jewish Israelis rise sharply.

“The administration must take this issue off the back burner and more urgently undo the harms done by the Trump administration that heightened tensions and pushed peace further out of reach,” said Rep. Andy Levin (D-Mich.), a progressive and a self-described Zionist who has urged the Israelis to cease what he calls an “occupation and creeping annexation.”

By not speaking out more directly against Israel’s activities, some Democrats believe, the Palestinians are being implicitly told that they will never be able to achieve sovereignty.

“In the wake of this crisis, it’s even more important for the United States to draw a harder line with the Israeli government and demand that these settlements and these evictions and these displacements stop,” Murphy added. “Because the violence will not end, whether we like it or not, if the Palestinians feel like they have no future and no ability to determine their own path.”

Other Democrats, too, are urging a reset of sorts when it comes to the U.S.-Israel relationship. In a New York Times op-ed on Friday, Sen. Bernie Sanders (I-Vt.) similarly called on the Biden administration to speak out more forcefully against the Israeli government’s actions, and noted that there is no path toward de-escalation without U.S. involvement.

“[I]f the United States is going to be a credible voice on human rights on the global stage, we must uphold international standards of human rights consistently, even when it’s politically difficult,” Sanders wrote. “We must recognize that Palestinian rights matter. Palestinian lives matter.”

These and other statements underscore the slow but ongoing sea change in Democratic politics when it comes to U.S.-Israel relations. Sanders’ view has grown more prominent among Democrats in recent years, especially after droves of progressives were elected to Congress in 2018. Many of those same firebrands are growing concerned with Biden’s foreign policy decisions.

Rep. Alexandria Ocasio-Cortez (D-N.Y.) pointed to a “strong generational shift” that is undergirding the disdain for the foreign policy establishment in Washington.

“The fact that this administration is even hesitating to take such a basic humane stance is disappointing and unacceptable,” Ocasio-Cortez told reporters at the Capitol on Friday. “We can’t advance this idea that we’re some neutral party in this situation if our actions are consistently targeting Palestinians.”

Not all Democrats see it that way. Speaker Nancy Pelosi described the ongoing conflict as a “Palestinian power struggle” as Hamas asserts its dominance over the Gaza Strip. She noted that Hamas is threatening the safety of innocent Israelis, and that the government has every right to defend its people.

“Many of our members in our caucus are great friends of Israel but understand, also, that we respect the self-determination, that we want a two-state solution in the region,” she said. “But that doesn’t give license to Hamas to bomb Israel.”

Much of the tension between Democrats and Netanyahu dates back to Barack Obama’s presidency, when the U.S. entered into the Iran nuclear deal despite Israel’s strenuous objections. Most Democrats supported that 2015 agreement, though there were notable holdouts, including now-Senate Foreign Relations Committee Chair Bob Menendez (D-N.J.) and now-Senate Majority Leader Chuck Schumer.

In a statement Saturday afternoon, Menendez condemned Israel’s most recent strikes — a notable criticism from one of the most pro-Israel Democrats on Capitol Hill.

“I am deeply troubled by reports of Israeli military actions that resulted in the death of innocent civilians in Gaza as well as Israeli targeting of buildings housing international media outlets,” Menendez said, urging the Israeli government to “continue taking the conscientious practice of giving advance warning of its attacks to reduce the risk of harm to the innocent.”

Republicans, meanwhile, are knocking Biden for his efforts to reenter the nuclear agreement, pointing to Tehran’s support for the terrorist groups that are attacking Israel. Any effort to rejoin the Iran nuclear deal would likely require the U.S. to lift the strict sanctions already in place.

“It is difficult to believe an American president would consider removing terrorism or missile-related sanctions at the very moment Iranian rockets are raining down on Israel,” Senate Minority Leader Mitch McConnell said this week.