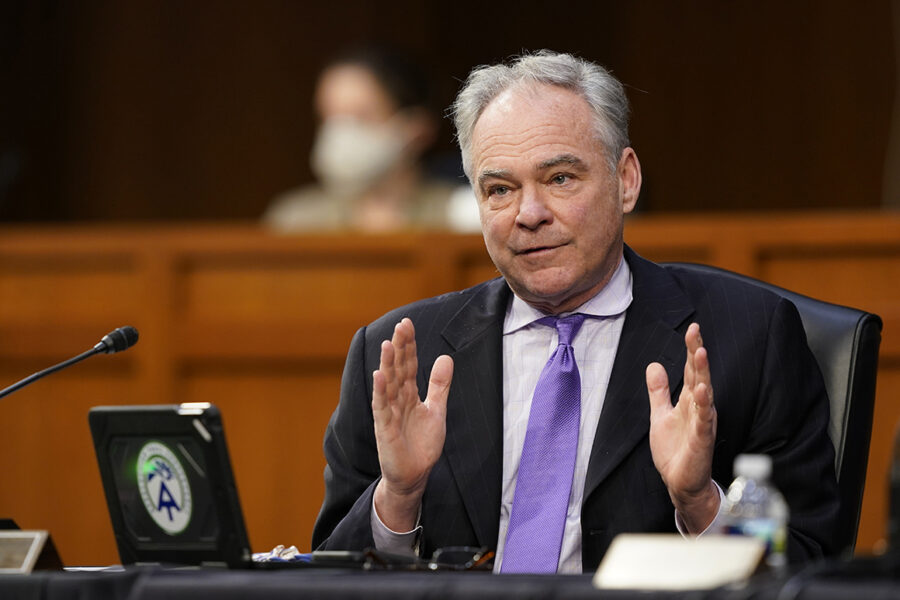 Democrats are ratcheting up pressure on President Joe Biden to do more to stop the ongoing bloodshed in Gaza — even if it means going against Israel.

The White House’s refusal to publicly call for a ceasefire between Israel and the Palestinian militant group Hamas has put the president at odds with key members of his own party as casualties continue to rise in both Gaza and Israel.

While Biden told Israeli Prime Minister Benjamin Netanyahu on Monday that he “supports” a ceasefire, according to the White House, that may not be enough for fellow Democrats who have urged the president to more aggressively join the international push for both sides to lay down arms.

“I just think it’s a no-brainer for the United States to be pushing for a ceasefire,” said Sen. Chris Murphy (D-Conn.), who chairs the Senate Foreign Relations subcommittee that focuses on the Middle East. “If Israel doesn’t believe a ceasefire is in their interest, that doesn’t mean we have to accept that judgment. We have enormous persuasive power.”

The pressure campaign from top Democrats represents a recalibration of the party’s posture toward Israel, which has grown increasingly antagonistic on Capitol Hill after decades in which support for the Palestinian cause was seen as a political third rail. Many lawmakers have lost patience with Netanyahu, arguing that his government has taken actions against Palestinians that make a two-state solution to the conflict less achievable.

Biden is caught between competing priorities as he faces growing outrage from his party. A U.S.-led push for a ceasefire would be seen as a rebuke to America’s longtime ally in the region; Netanyahu said on Sunday that he intended to continue his country’s military campaign against Hamas, in particular its underground tunnels in Gaza, in retaliation for the terrorist group’s recent rocket attacks. The U.S. has thus far stood by Netanyahu’s airstrikes, even vetoing United Nations Security Council resolutions calling for a ceasefire.

“I’m troubled by it,” Sen. Tim Kaine (D-Va.) said of the U.S. vetoes. “I just can’t remember a shooting war where kids are being killed on both sides where the U.S. hasn’t aggressively pushed for a ceasefire.”

The civilian death toll from the Israeli strikes has continued to sharply rise, with dozens killed over the weekend in Gaza, including women and children. Hamas has continued to fire rockets into Israel, though Israel’s state-of-the-art Iron Dome system has intercepted most of them.

The Biden administration has so far undertaken what White House press secretary Jen Psaki described on Monday as “quiet, intensive diplomacy.” That led to the president telling Netanyahu on Monday that he “supports” a ceasefire, according to a White House readout of a phone call between the two leaders.

“He’s just chosen a diplomatic tack, to do it behind the scenes,” said Senate Foreign Relations Committee Chair Bob Menendez (D-N.J.). “It obviously hasn’t produced the results that everybody wants to see, which is an end to the violence, but I would venture to say it will.”

Senate Majority Leader Chuck Schumer endorsed calls for a ceasefire on Monday, echoing a bipartisan statement from Murphy and Sen. Todd Young (R-Ind.) that urged a swift de-escalation but asserted Israel’s right to defend itself from the rocket attacks.

“I want to see a ceasefire reached quickly and mourn the loss of life,” Schumer told reporters.

Some Democrats defended Biden’s approach on Monday. Senate Armed Services Committee Chair Jack Reed (D-R.I.) said the president was taking the time to figure out the “best use of his unique status.”

“There has to be some indication on the ground that a ceasefire is feasible before the president commits himself,” Reed said. “Most presidents I know don’t like to make statements and then see them ignored.”

And Sen. Ben Cardin (D-Md.), a top Foreign Relations Committee member, said that while a ceasefire is “appropriate,” Hamas is not a “traditionally reliable” actor when it comes to ceasefires in the region. “It requires a buy-in, and it’s very easy for one side to implement policy when the other side is much more challenging. I think the president understands that.”

While Democrats have uniformly backed Israel’s right to self-defense against Hamas’ aggression, many of them have faulted the Netanyahu government for its settlement activities. Those were seen as a precursor to the most recent outbreak of violence, including the looming evictions of Palestinians from the Sheikh Jarrah neighborhood of east Jerusalem.

Top Democrats have described those actions as human rights violations and have called on Biden to speak out against the Netanyahu-led airstrikes. The latest conflict has also come amid an internal struggle by Israeli lawmakers to form a coalition government, leading to speculation that Netanyahu is using the latest conflict to assert his control over the country.

“This is not the time for platitudes. Children are dying and Netanyahu, who is desperate to cling to power, is out there saying that he is doing this with the United States’ support,” Rep. Ro Khanna (D-Calif.), a House Armed Services Committee member, said on MSNBC. “The president needs to make it very clear: No, you are not.”

“The president needs to end this,” Khanna added. “And he can end this with one phone call.”

Congressional Democrats have limited points of leverage over the Biden administration, as is often the case with U.S. foreign policy. While Sen. Bernie Sanders (I-Vt.) and others have called for a reevaluation of annual U.S. aid to Israel, that would be a drastic measure that so far has little support on Capitol Hill.

For now, Democrats can do little more than put public pressure on the White House. Democrats on the House Foreign Affairs Committee met Monday night, however, and decided to ask for a delay in a new weapons sale to Israel that was finalized earlier this month. The Biden administration angered Democrats further when it approved that sale, but it’s highly unlikely that Congress will be able to use its authority to block such arms transfers by pushing through a disapproval resolution in time to stop the current Israel sale.

“The escalation of violence, the continued death of civilians in Israel and the Palestinian territories demands the negotiation of a ceasefire,” said first-term Sen. Jon Ossoff (D-Ga.), who led a push over the weekend that included more than two dozen of his fellow Democrats. “Right now, there are children dying in Israel and the Palestinian territories. … Our highest priority should be stopping the killing.”

Psaki on Monday defended the administration’s approach, arguing that Biden has “a commitment and a desire to bring an end to the violence.”

“Our calculation at this point is that having those conversations behind the scenes, weighing in with our important strategic partnerships … is the most constructive approach we can take,” she said.

Psaki also declined to say whether the U.S. believes an Israeli strike that toppled a high-rise housing international media outlets, including the Associated Press, was legitimate. The Israeli military has said the building was housing Hamas militants, but has not provided evidence to support that assessment.

Some Democrats have privately expressed concerns that the pending arms sale will only further embolden Israel’s military campaign in Gaza, especially absent more acute U.S. pressure to agree to a ceasefire.

“It would be appalling for the Biden administration to go through with $735 million in precision-guided weaponry to Netanyahu without any strings attached in the wake of escalating violence and attacks on civilians,” Rep. Ilhan Omar (D-Minn.) said in a statement. “If this goes through this will be seen as a green light for continued escalation and will undercut any attempts at brokering a ceasefire.”

Republicans, meanwhile, have remained solidly behind Netanyahu. Senate Minority Leader Mitch McConnell on Monday said calls for a ceasefire “downplay” Hamas’ responsibility for the violence and suggest that “Israelis are not entitled to defend themselves.” He called it an “obscene moral equivalence.”