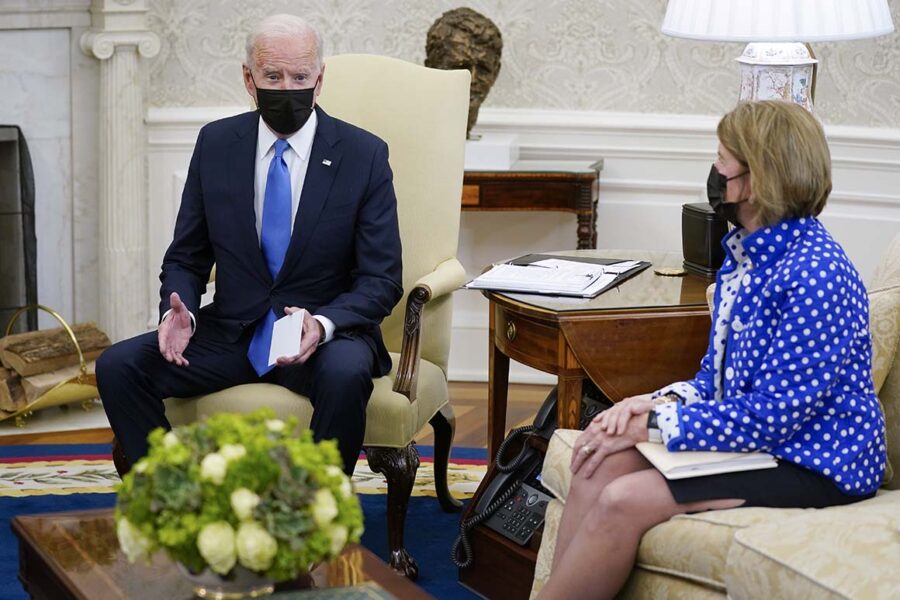 There’s still no infrastructure deal in sight after Senate Republicans crafted a revised proposal and met with the White House for a second meeting in less than a week.

And they still can’t define infrastructure.

Senators described the Tuesday discussion as “productive” and Sen. Shelley Moore Capito, the top GOP negotiator, said that Republicans and the administration are “closing in on” the parameters for what constitutes infrastructure. But there’s still no consensus on a top line number, how to pay for it or how many years the package will cover.

The White House said it would follow up with Republicans by the end of the week.

“We’ve reworked our original proposal and they’re just going to look at it in more detail,” Capito said, adding that an agreement on total cost is now fluid. “Their view is still a lot broader than ours in what constitutes infrastructure.”

But the clock is ticking on President Joe Biden’s infrastructure plan. The timeline for must-pass legislation authorizing transportation programs in Congress, which is closely tied to the administration’s infrastructure plans, is already slipping in the House. The Transportation and Infrastructure Committee will not be able to produce its own proposed legislation before Memorial Day, which the Biden administration had set as a marker in their talks with Republicans.

Blunt said after the meeting that negotiators are still in the “talking stage” and are not yet making explicit offers. Sources of revenue that were discussed included public-private partnerships, as well as a charge on electric vehicles, he said. It’s unclear how those proposals would be sufficient to fund the huge spending figures under discussion. A fee on electric vehicles equivalent to the gas tax would only raise $1 billion over five years.

However, Capito said discussion of the gas tax is off the table.

Biden and his aides insist his negotiations with Republicans are genuine, but the White House is facing increasing pressure by progressives on and off the Hill to move on. The White House has said its two red lines are increasing taxes on those making less than $400,000 and “inaction.”

If a deal is unreachable, Biden will have to pass his entire jobs and family plans — a $4 trillion proposal — through the budget reconciliation process with only Democratic support.

House Republicans are adding their own proposal to the mix this week, a $400 billion plan focused on transportation infrastructure and containing pieces of the must-pass bill authorizing transportation programs that is due in September.