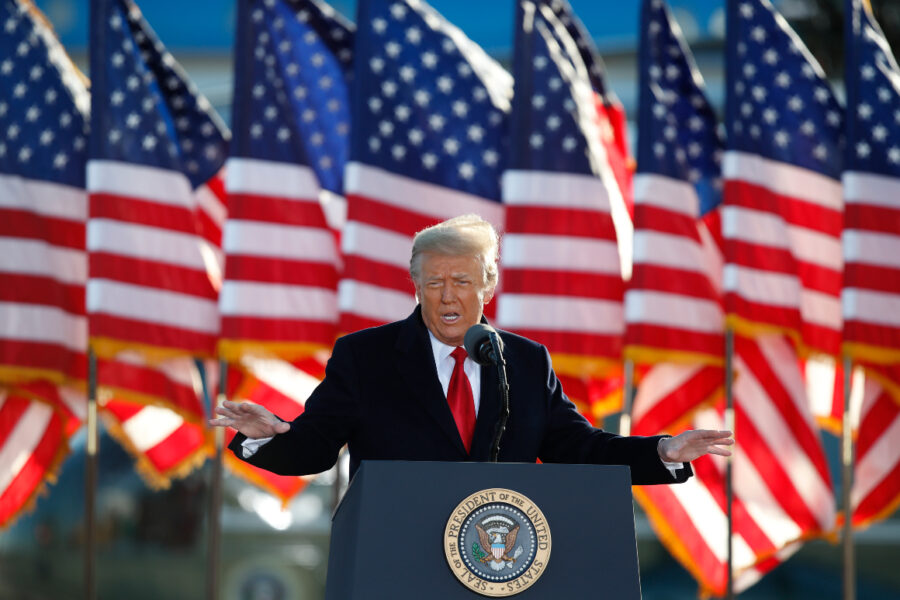 The investigation is “no longer purely civil in nature,” Fabien Levy, the spokesperson for New York Attorney General Letitia James, confirmed to POLITICO by email. “We are now actively investigating the Trump Organization in a criminal capacity, along with the Manhattan D.A. We have no additional comment at this time.”

CNN was first to report the news on Tuesday night.

James’ office is undertaking a sweeping probe of former President Donald Trump and his family over allegedly misstating property values to get tax benefits. In February, the Supreme Court paved the way for Manhattan District Attorney Cyrus Vance Jr.’s team to get eight years of Trump’s tax returns and financial records as a part of Vance’s criminal probe into potential tax, insurance and bank fraud.

The new development appears to expand the potential liability for Trump, who is now facing separate criminal probes from prosecutors in New York, and also suggests collaboration in the two investigations.

James’ inquiry started in 2019 after former Trump attorney Michael Cohen said in a congressional hearing that Trump had inflated the value of assets to banks to get better loans and insurance, while undervaluing them to cut his tax liability.

James pledged to hold Trump accountable, and she spearheaded or joined into dozens of efforts to challenge the Trump administration on a number of issues when Trump was in office. Last fall, a judge ordered the former president’s son Eric Trump to answer questions under oath as part of the investigation.

“The court’s order today makes clear that no one is above the law, not even an organization or an individual with the name Trump,” James said in a statement at the time.

Law enforcement officials in Florida have been preparing for the scenario in which Vance could potentially indict Trump while he’s at his Mar-a-Lago club in Florida, sources have previously told POLITICO.

Potential extradition of Trump could be complicated, as Florida law allows Gov. Ron DeSantis, a prominent Trump ally, the ability to step in and investigate if anyone indicted “ought to be surrendered” for an out-of-state indictment. If Trump were at his golf club in Bedminster, N.J. when indicted, it would likely be different, as the state has laws similar to Florida’s on extradition but also has a Democratic governor.

Representatives for Trump and the Trump Organization did not immediately respond to requests for comment.