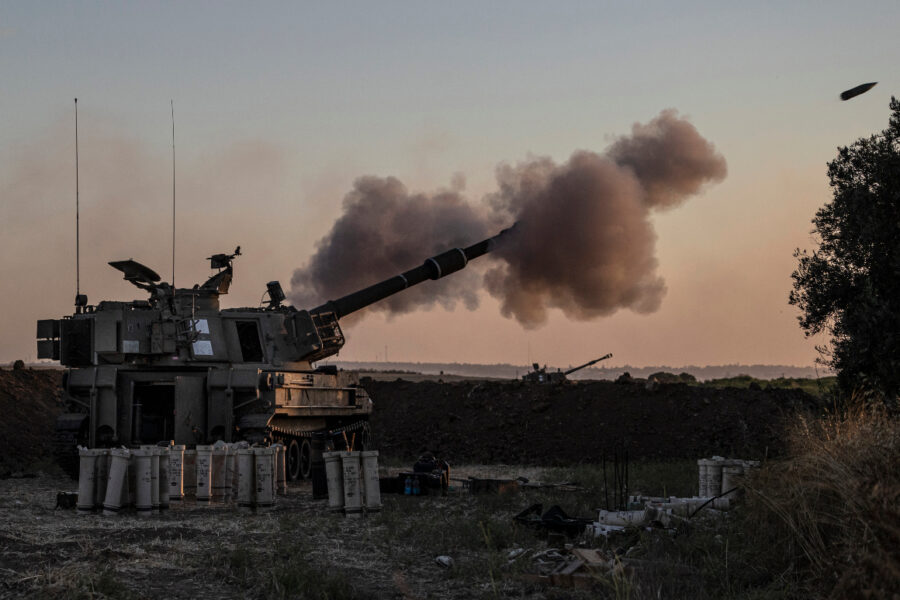 The Biden administration is increasingly hopeful that the deadly conflict between Israel and Palestinian militants is in its final stages, and U.S. officials are confident their mostly behind-the-scenes intervention helped avert an early Israeli ground invasion of the Gaza Strip.

American officials have privately urged Israeli Prime Minister Benjamin Netanyahu and his aides to wind down his country’s operations against the Gaza Strip, which have included airstrikes and killed more than 200 Palestinians, a person familiar with the situation told POLITICO on Tuesday. Netanyahu recently said that a “few days” of fighting lie ahead, adding to hopes that an end is near.

The U.S. also has helped facilitate discussions between Egyptian officials and both sides of the conflict, including Hamas, a U.S.-designated terrorist group that controls Gaza and has killed at least 10 Israelis through rocket fire over the past week. There are signs that Hamas is looking for a way out of the conflagration, the person familiar with the issue said.

The situation remains unpredictable, and if either side decides to ramp up its activity, any effort to craft a lasting cease-fire could collapse. That being said, the Biden administration and others already are looking at ways to send in humanitarian assistance to Gaza, a densely packed seaside territory of 2 million people.

The “end” may come in stages, with initial pauses of rocket and missile exchanges to allow for humanitarian aid, before a final end to the violence, the person said.

On Monday, Army Gen. Mark Milley, chairman of the U.S. Joint Chiefs of Staff, conveyed a sense of urgency when he warned that the longer the conflict drags on, the more it risks destabilizing the region.

“It’s in no one’s interest to continue fighting,” Milley said.

Also Monday, in a call with Netanyahu, Biden expressed “support” for a cease-fire. While it was not a demand, the mere mention of it in the public readout of the call signaled a growing U.S. impatience.

The U.S. calculus from the start was designed to keep the conflict as short as possible. But, amid conversations with counterparts in the region, senior Biden administration officials determined that the best way to tighten the time frame was to push Israel from behind the scenes, not publicly demand a cease-fire or support a U.N. Security Council resolution doing so.

Israeli officials are especially sensitive to directives from the United Nations, whose various organs Israel often sees as hopelessly biased against it, the person familiar with the situation said. And U.S. officials recognized that Israel, like any country, had to respond to the rocket fire from Hamas, which targeted cities, such as Jerusalem and Tel Aviv.

In taking the private route and siding with Israel amid Security Council debates, the U.S. has drawn accusations of hypocrisy when it comes to human rights. But U.S. officials decided they would take the hit if it meant the conflict could be shorter.

At the start, the person familiar with the situation said, Israel appeared on the verge of pushing forth with a ground invasion, a move that could have led to significantly more bloodshed and possibly a longer conflict. U.S. influence was important in preventing a ground operation, the person said.

One complicating factor in trying to end the current conflict is that Hamas, in its discussions with parties trying to end the fighting, has been making demands related to Jerusalem, a contested city. The person familiar with the situation did not detail those demands but said Israel would never accept them.

Hamas is not the only armed group operating in the Gaza Strip. There are concerns that other militants may want to extend the latest fight, the person familiar with the situation said.

Israel’s operations drew heightened criticism in recent days after its armed forces leveled a building that housed several media offices, including that of The Associated Press. Israel – which warned people to evacuate the building about an hour before striking it – has said it has shared information with the United States showing that Hamas based some of its assets in that facility.

The person familiar with the situation confirmed that Israel has shared some classified intelligence with America about the building, but declined to characterize it other than to say it suggested the Hamas presence was significant, including involving operational activity. The United States has told Israel that it should share more information publicly about this intelligence.

A spokesperson for the Israeli Embassy declined to offer immediate comment.

Hamas appears to have numerous longer-range rockets, suggesting it has beefed up its stockpile in recent years, the person said. But its weaponry still does not seem as sophisticated as that of some other groups in the region known to have relationships with Iran. Those groups often have more sophisticated weapons like precision-guided UAVs, for instance, the person said.

That suggests that Hamas is still not a top Iran proxy, and that Tehran and the armed group remain wary of each other. Hamas has Sunni Muslim roots and is heavily focused on Palestinian domestic politics. Iran, whose government is an avowed enemy of the United States, is a Shia Muslim-majority nation with interests and proxies across the region.

The United States is currently engaged in indirect nuclear talks with Iran. Some Republicans have called on Biden to abandon those talks due to the fighting between Israel and Hamas, but there’s no sign the U.S. is walking away from those discussions in Vienna.