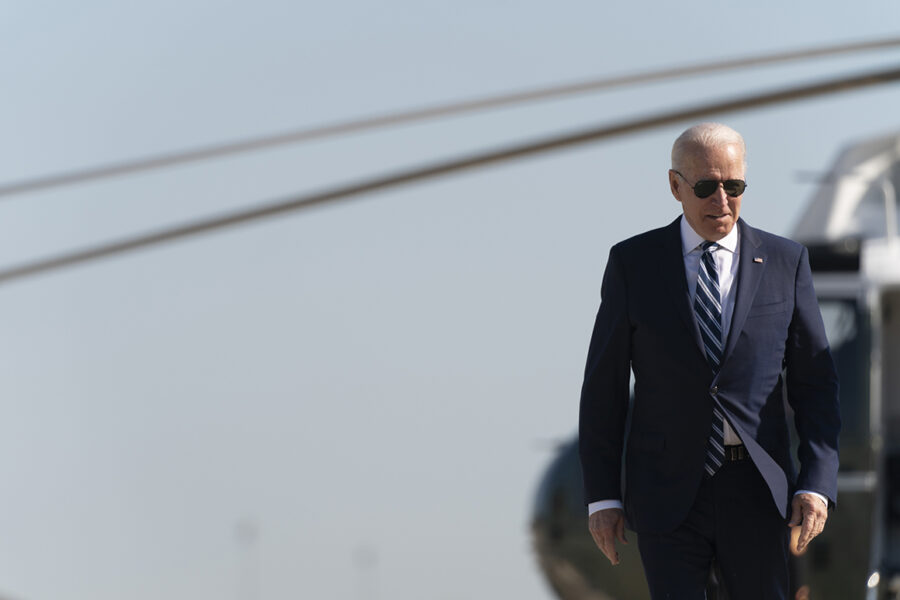 President Joe Biden told Israeli Prime Minister Benjamin Netanyahu on a phone call Wednesday that the United States wants to see “a significant deescalation today” in the ongoing violence between Israel and Palestinians in the Gaza Strip.

But the Israeli leader said after his call with Biden that he is “determined to continue this operation until its objective is achieved” — laying bare an apparent distance between the two allies on a timeline to bring about a close to the fighting in the region.

The president’s directive, relayed via a readout released by the White House on Wednesday morning, is one of the strongest he has publicly given to date amid the violence in the region. It comes after he previously said he would support a ceasefire in the conflict between Israel and Palestinian combatants in the Hamas-controlled territory.

More than 200 Palestinians have died from the fighting, as have at least a dozen Israelis, and thousands of people in the area have been injured. Many of the casualties, especially in Gaza, have been children and other civilians.

Karine Jean-Pierre, the White House’s principal deputy press secretary, told reporters aboard Air Force One on Wednesday that the exhortation was conveyed over a phone call before the president departed Washington to address graduates at the U.S. Coast Guard Academy in Connecticut.

The Biden administration did not immediately lay out what it would consider a “significant deescalation” of violence, though Jean-Pierre said the goal is to be “on the path to a cease fire.”

“That is what he’s calling for,” she said of the president.

Behind the scenes, U.S. officials have been hopeful that the conflict is in its final stages, according to a person familiar with the situation.

Netanyahu’s public posturing in the wake of his call with Biden could be a reflection of the tricky Israeli political landscape at the moment. Netanyahu was recently unable to form a government after Israel’s fourth election in two years, and his political coalition relies partly on right-wing factions with hardline views on Hamas.

Biden has faced mounting pressure from progressive Democrats who have challenged the party’s long-standing and virtually unblinking support for Israel and its long-running conflict with Palestinians. The president was greeted Tuesday as he arrived for an unrelated trip to Detroit by Rep. Rashida Tlaib (D-Mich.), the only Palestinian American member of Congress, who reportedly confronted Biden over Israel’s treatment of Palestinians as the two stood on the tarmac.

Prior to the flare up of tensions between the Middle East neighbors, the Biden administration had hoped to deprioritize the Israel-Palestine issue that has vexed presidents for decades in favor of reorienting the United States’ foreign policy priorities elsewhere. But the violence in the region has since drawn the White House into trying to ease the conflict, if not end it, overshadowing Biden’s plans to promote his domestic spending proposals.

POLITICO reported on Tuesday that U.S. officials are optimistic the clash is headed toward its conclusion and they believe their approach helped deter an Israeli ground offensive into the Gaza Strip.

Nahal Toosi contributed to this report.