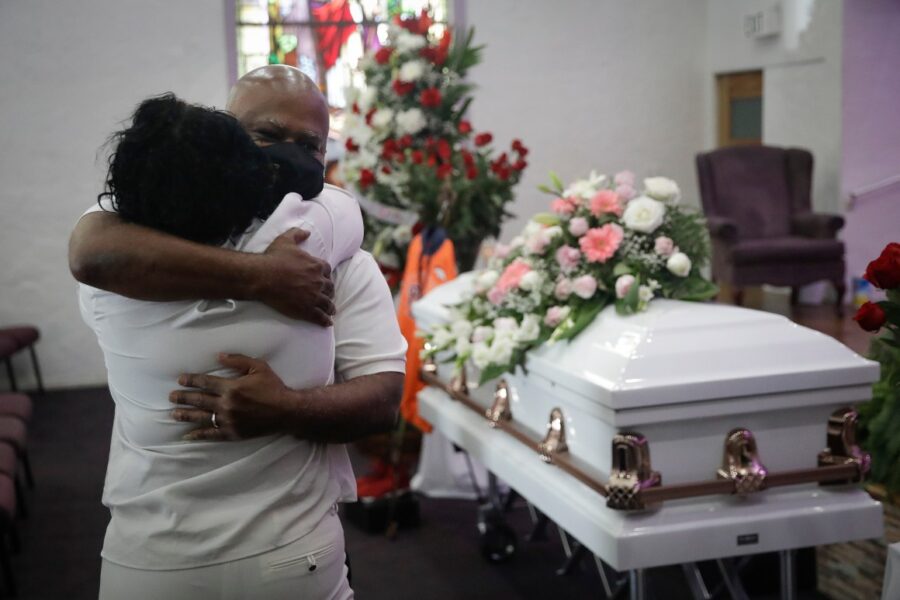 Thousands of Americans seeking federal funeral assistance for coronavirus victims can’t collect because their family members’ death certificates do not list Covid-19, according to two senior administration officials with direct knowledge of the situation.

The Federal Emergency Management Agency rolled out the $2 billion pandemic funeral assistance program in April, modeling it on similar efforts it has run after major hurricanes, earthquakes and other natural disasters. The funding came from a $2.3 trillion spending package that former President Donald Trump signed in December 2020, making it the largest funeral assistance program FEMA has ever handled.

More than 200,000 people have sought reimbursement of up to $9,000 per family for Covid-19-related funeral expenses. FEMA has approved a total of about $66 million for 9,700 applicants. But eligibility is limited to those who have death certificates stating that their family member’s death was caused by, “may have been caused by” or “was likely a result of” Covid-19 or Covid-19-like symptoms. That excludes thousands of Americans who died early in the pandemic, when doctors were still learning how to diagnose the disease and testing to confirm cases was limited.

FEMA has told families that lack documentation they must have their relative’s death certificate amended in order to receive a payout. But the amendment process is cumbersome, and doctors and medical examiners are pushing back on changing the cause of death unless there is definitive proof — such as test results — that a person succumbed to Covid-19. The result is that many people with real financial need who lost relatives to the virus can’t get help. It’s another inequity in a pandemic that has disproportionately harmed marginalized Americans.

“It’s not like I can go back and test them now,” Priya Banerjee, a forensic pathologist with experience handling Covid-19 cases, said. “I wouldn’t amend it unless I had proof. Covid is another medical diagnosis that needs to be proven, not assumed. I also wouldn’t want to help people make a false claim, either. It should go to the people who qualify.”

The hesitancy by doctors and medical examiners to change death certificates will likely delay or significantly limit Americans’ ability to receive FEMA assistance, raising questions about how the agency will ensure people get the money they are entitled to while also preventing widespread fraud. Senior officials in FEMA have long worried about the prospect of scammers submitting falsified death certificates.

A FEMA spokesperson told POLITICO that the agency’s current requirements for financial assistance amount to an “interim policy.”

Over the past several weeks FEMA officials have spoken about the problem with Centers for Disease Control and Prevention Director Rochelle Walensky and other senior agency officials, along with Rep. Alexandria Ocasio-Cortez (D-N.Y.) and Senate Majority Leader Chuck Schumer, whose constituents were among the hardest hit in the early months of the pandemic and who pushed for the funeral program.

Those conversations have focused on ways to reduce the burden on individuals seeking assistance — possibly by changing the amendment policy, which affects New Yorkers in particular. The virus surged in the city early in the U.S. outbreak, and many people there died before the CDC began advising hospitals to use “Covid-19” on death certificates. FEMA has allocated $10 million to New Yorkers so far.

“We are actively working with FEMA to ensure empathy and flexibility are baked into the core of this assistance,” Lauren Hitt, communications director for Ocasio-Cortez, said in a statement, adding that about 280 out of 190,029 applications have been determined to be ineligible for funeral assistance. None of those rejections were because of individuals not having Covid-19 listed on the death certificate, Hitt said. But FEMA’s guidelines instruct individuals to first try and amend the death certificate if it does not list Covid-19 and federal officials say those amendments are still pending.

“I have brought FEMA and New York City and State together so they can work to address the unique circumstances of New Yorkers who were hit hardest in the early days of the pandemic before COVID testing was widely available,” Schumer told POLITICO in a statement. “I am committed to finding a compassionate and equitable solution here, so that the people who need help the most can get the relief they need.”

One of the senior administration officials who spoke to POLITICO said Democrats on Capitol Hill originally pushed for FEMA to accept death certificates that list symptoms most commonly associated with Covid-19, such as pneumonia. FEMA quickly shot down that request, the official said, because those symptoms could also be associated with a multitude of other viruses and diseases beyond Covid-19.

FEMA is also considering allowing people whose loved ones died in spring 2020 but do not have Covid-19 listed on their death certificates to submit a certified letter from the original doctor or medical examiner that explains how the person died. FEMA has accepted similar letters in the past — including statements after Hurricane Katrina that confirmed an individual’s death was storm-related.