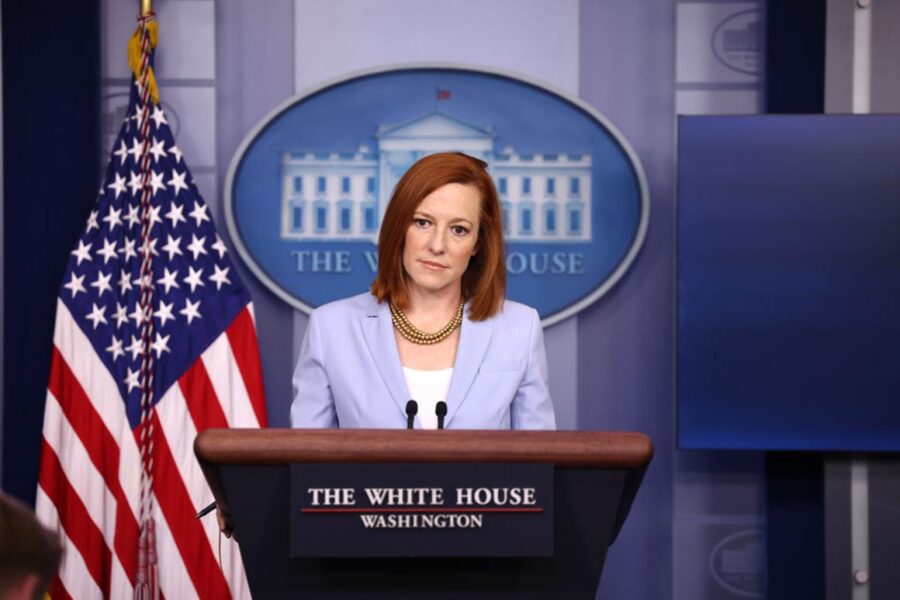 Washington’s bipartisan infrastructure talks may soon look a lot like its cicada population: squashed after staggering around haplessly.

Senate Republicans negotiating with the White House sounded dour notes on Monday evening and are mulling whether to even make a counteroffer to President Joe Biden’s proposal last week. Democrats are increasingly calling for Biden to consider going it alone rather than see the GOP water down his agenda.

An unofficial deadline for a bipartisan accord on infrastructure hits a week from now and negotiators are some $1.5 trillion apart, with severe differences in both size and scope, after more than a month of talks. Sen. Roger Wicker (R-Miss.) said Republicans won’t come up “anywhere near the number the White House has proposed,” and Democrats are even more skeptical that Senate Minority Leader Mitch McConnell will green-light a deal they find palatable.

“We’re too far apart. Because I think Mitch’s ultimate purpose is not compromise but delay and mischief,” said Sen. Sheldon Whitehouse (D-R.I.), who sounded less urgent notes in an interview last week. Biden is “entitled to his judgment on this but if I were in a room with him, I’d say it’s time to move on.”

White House press secretary Jen Psaki said that the next move is up to Republicans and the White House is “not quite there” at bailing on the talks. The main holdups are moderate Democrats, who are signaling they still aren’t quite ready to go it alone on a massive new spending bill, ensuring the plodding talks continue for at least a few more days.

Negotiations took a nosedive on Friday. The White House proposed a $1.7 trillion counteroffer, which it said is roughly $1.5 trillion more in new spending than the GOP offered. Senate Republicans balked at the number, calling it a nonstarter and declaring that the offers were only growing further apart.

“I didn’t think the offer last week was very good,” said Sen. Roy Blunt (R-Mo.), who is part of the Republican group.

Republicans have tried to keep the negotiating focus strictly on roads, bridges and broadband. But most Democrats envision a more sweeping approach, with money for paid family leave, housing and addressing climate change. Neither party has made headway in addressing those fundamental differences. Progressives are worried that cutting an infrastructure deal with the GOP could leave their priorities stranded.

Sen. Chris Coons (D-Del.), who is close to Biden, said the centrist Democrats who sought bipartisan negotiations rather than a party-line approach “need to be more clear about their patience and timeline.” He also urged the GOP negotiators to move closer to the White House position.

Sen. Shelley Moore Capito (R-W.Va.), the lead Republican negotiator, said she is “not ready to walk away,” and is discussing how to counter Biden’s offer, which could bring talks to a decisive result in the coming days. A GOP source close to the negotiations said that Republicans are expected to make a counteroffer this week. And a source familiar with the negotiations said White House senior staff has been in direct contact with the Republican senators since the Friday meeting.

The group of GOP negotiators is planning to huddle Tuesday on the next steps.

Privately, members of both parties acknowledge that the most likely outcome is that Democrats will end up passing Biden’s $4 trillion infrastructure proposal along party lines, using the so-called reconciliation process. But after the Democrats used a similar approach on a coronavirus aid bill in March, some senators like Sens. Joe Manchin (D-W.Va.) and Kyrsten Sinema (D-Ariz.) balked at leaving behind Republicans for a second time.

“We can’t put this [off] indefinitely. So I hope they can reach an agreement but they’re still pretty far apart,” said Senate Majority Whip Dick Durbin (D-Ill.), who said he’d be “reluctant” to support a proposal below $1.7 trillion. “We just have to decide whether bipartisanship is going to work and be honest if it isn’t.”

Durbin’s counterpart, Minority Whip John Thune (R-S.D.), said things are “temporarily at a stalemate” as the two parties can’t agree on what infrastructure is or how to pay for it. Republicans have also dismissed Biden’s hopes at using tax increases on corporations to pay for his plan. They’ve instead proposed alternative pay-fors, including user fees and unspent coronavirus relief money, which Democrats have called inadequate.

“There has to be a meeting of the minds in agreement on the big broad parameters like the fact that we’re not going to undo the 2017 tax cuts,” said Sen. Pat Toomey (R-Pa.). “And the administration so far has refused to acknowledge that. That’s a big deal, that’s a red line for Republicans.”