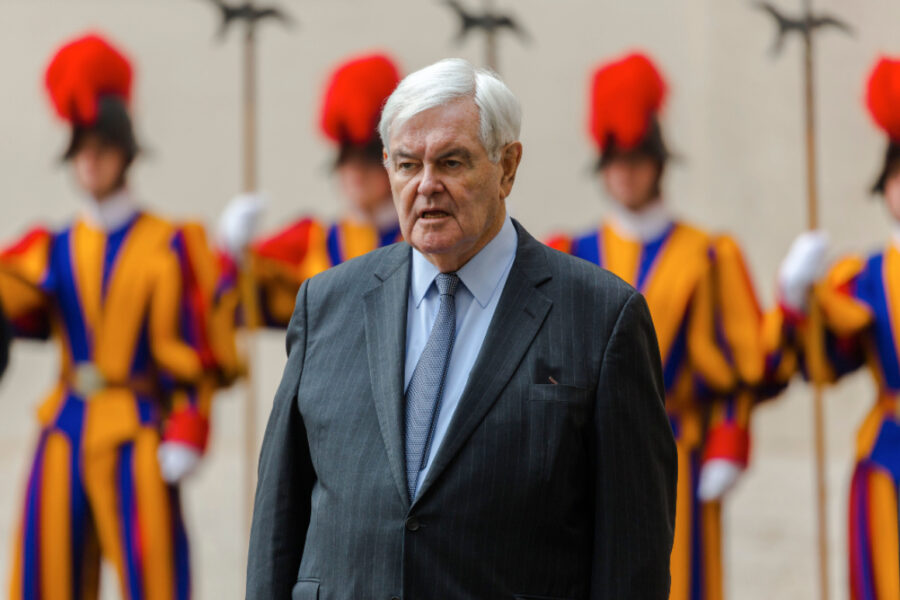 Acid wash jeans, scrunchies, and… Newt Gingrich. Fashion from the ’90s is having a comeback, and so too is the ’90s Republican playbook for how to win back congressional majorities.

With an eye toward winning back the House and Senate in the 2022 midterm elections, former President Donald Trump has begun crafting a policy agenda outlining a MAGA doctrine for the party. His template is the 1994 “Contract with America,” a legislative agenda released ahead of the midterm elections in the middle of President Bill Clinton’s first term. And, as a cherry on top, he’s teaming up with its main architect — Gingrich — to do it.

In recent weeks, Trump sat down with the former House speaker as well as his former chief of staff Mark Meadows and Sen. Lindsey Graham (R-S.C.) at his private Mar-a-Lago club to begin crafting the document, according to a source familiar with the meeting.

The group is still just beginning to hammer out the details of what a Trumpified Contract might look like. But it is likely to take an “America-First” policy approach on everything from trade to immigration. The source described it as “a policy priority for 2022 and beyond.”

Its construction has been teased and talked about for weeks, but the fact that the principals are beginning to put it together underscores Trump’s continued interest in trying to shape the Republican Party — beyond issuing endorsements, holding rallies and raking in fundraising dollars ahead of the midterm elections. It also suggests that Trump still feels the need to move the party in his direction, at least intellectually.

Detailed policy planks have never been the most notable feature of Trump’s political appeal, nor has he regularly followed through on promised policy initiatives. So it remains to be seen just how comprehensive the updated Contract will be, if one is issued at all. Gingrich, who wrote the “Contract with America” along with former congressman Dick Armey, said it shouldn’t be expected to debut “anytime soon.” But when asked about what should be included in a 2022 Republican agenda, Gingrich outlined a list of potential priorities.

“It should be positive,” Gingrich said. “School choice, teaching American history for real, abolishing the ‘1619 Project,’ eliminating critical race theory and what the Texas legislature is doing. We should say, ‘Bring it on.’”

Gingrich said it shouldn’t be expected until closer to the midterm elections because “the world keeps changing and evolving.”

The original “Contract with America” was credited with helping Republicans gain their first majority in four decades after the party picked up 52 seats in 1994 in the House and nine seats in the Senate. Republicans have used it as a template in elections since. In 2010, the so-called Republican “Young Guns,” led by Reps. Eric Cantor, Paul Ryan and Kevin McCarthy, introduced a much longer version of Gingrich’s contract with a 224-page publication outlining policy goals ahead of the midterm elections. And Graham, who was one of the Contract’s signatories when he first ran for a House seat in 1994, has frequently advocated for Republicans to adopt contract-style declarations to unify the party during election years.

Since leaving the White House, Trump has mostly focused on the past — airing his grievances about the 2020 election, comparing cable television ratings from his time in office to now, calling for public credit for his administration’s work on the vaccines and attacking Republicans who voted for his impeachment following the January 6 riots on Capitol Hill. He has made few public appearances, and in closed door speeches, donors say he continues to focus on his complaints about the last election. 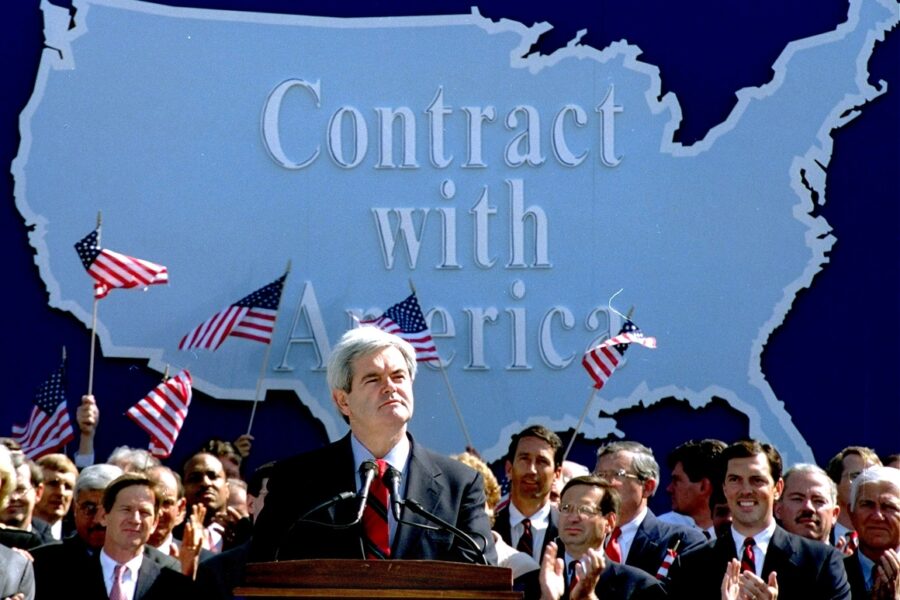 Still, Trump’s advisers say he is invested in the Republican Party’s success in the next midterm elections. Republicans will need to pick up at least five seats in the House and one Senate seat to flip power in those respective chambers. Even though the midterms are well over a year away, Trump has been issuing endorsements and meeting with candidates eager to get his blessing, and his private clubs in Florida and New Jersey are fundraising epicenters with a steady stream of deep pocketed donors filing through their ballrooms.

A spokesperson for Trump did not respond to a request for comment.

The 1994 “Contract with America” presented 10 government reform bills Republicans planned to introduce in the next Congress focused on welfare reform, tort reform and taxes. Trump has not been known for his fidelity to conservative ideas. Though he pursued a deregulatory agenda and passed a tax cut package while in office, he also increased spending, entertained deals on immigration and gun control, refused to touch entitlements, and pursued criminal justice reform. His penchant for entertaining Democratic-authored ideas was often stymied by conservatives in his White House; which in turn greatly frustrated Hill Democrats who called him an unreliable negotiator.

But Trump has seen utility in having a policy platform. The month before his 2016 election, his campaign unveiled his own version of Gingrich’s contract, the “Contract with the American Voter.” In it Trump pledged to take 28 actions in his first 100 days of office.

Trump managed to achieve some of his original goals related to immigration, trade and taxes. Still, only a fraction of his proposed actions were accomplished. And by 2020, the Republican Party didn’t even bother introducing a new platform at its convention.