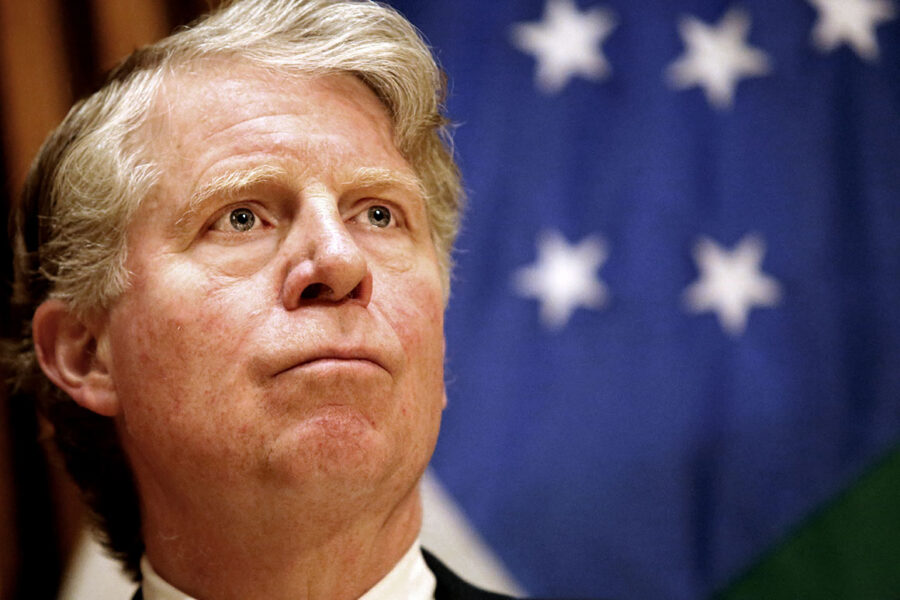 New York’s enterprise corruption statute — which carries the potential for severe penalties — can be applied to money-making businesses alleged to have repeatedly engaged in criminal activity as a way to boost their bottom line.

The state law — sometimes called “little RICO” — can be invoked with proof of as few as three crimes involving a business or other enterprise and can carry a prison term of up to 25 years, along with a mandatory minimum of one to three years.

“It’s a very serious crime,” said Michael Shapiro, a defense attorney who used to prosecute corruption cases in New York. “Certainly, there are plenty of things an organization or business could do to run afoul of enterprise corruption, if they’re all done with the purpose of enhancing the revenue of the enterprise illegally. … It’s an umbrella everything else fits under.”

Despite a series of court battles over access to Trump’s tax returns and Trump Organization records, no charges have been filed against the Trump Organization, Donald Trump or current Trump Organization officials. A spokesperson for Vance’s office declined to comment on whether prosecutors are mulling charges under the enterprise corruption law.

Attorneys for the Trump Organization did not respond to requests for comment, but Trump himself has denounced Vance’s ongoing probe as a politically inspired witch hunt.

“This is purely political, and an affront to the almost 75 million voters who supported me in the Presidential Election, and it’s being driven by highly partisan Democrat prosecutors,” Trump said in a statement Tuesday, following reports that Vance impaneled a special grand jury to hear testimony about potential crimes involving the Trump organizations.

“New York City and State are suffering the highest crime rates in their history, and instead of going after murderers, drug dealers, human traffickers, and others, they come after Donald Trump,” the former president added.

Vance’s team has reportedly examined a wide range of Trump and Trump Organization activities, including whether Trump aides knowingly submitted inflated real estate valuations to lenders and insurance companies while understating values for tax purposes, as The New York Times has detailed.

Former Trump lawyer Michael Cohen made similar claims during House testimony in 2019 and has been cooperating with Vance’s office after serving time in federal prison on several charges.

Prosecutors are reportedly eyeing several properties in their probe of potential financial wrongdoing, including Trump’s Seven Springs Estate in Westchester County, as CNBC has reported. New York Attorney General Letitia James, who recently agreed to coordinate her efforts with Vance’s, has also been examining valuations of Trump Tower in Chicago and Trump National Golf Club Los Angeles, according to a court filing last year.

The district attorney’s office has also examined financial payments made during the 2016 campaign to two women in bids to keep stories about alleged sexual encounters with Trump from going public. Lawyers said alternative explanations given for the payments could violate New York laws against making false entries in business records.

Not all lawyers are convinced that trying to paint Trump’s entire business empire as a criminal enterprise, or bringing an umbrella charge that would seem to assert that, is a good idea.

“Can you imagine a defense attorney standing up and saying: ‘Are you saying the whole Donald Trump enterprise is a criminal organization?’” asked Jeremy Saland, a former prosecutor in the Manhattan DA’s office who is now in private practice.

Saland said prosecutors would probably be better off simply attempting to file specific charges on things like tax or business fraud, rather than trying to broaden the case.

Saland also noted that the penalties for crimes like high-value tax frauds are similar to enterprise corruption.

One challenge for prosecutors could be the time limits in the New York state racketeering law. The government would have to prove two of any crimes charged occurred in the previous five years. That means any alleged crimes that took place during the height of the Trump campaign in 2016 could lose their ability to trigger the “little RICO” law in the coming months.

However, if prosecutors can meet those timing requirements, invoking New York’s racketeering law might allow them to buttress their case with evidence of older episodes of wrongdoing or episodes they can’t charge individually, lawyers said.

New York’s enterprise corruption law — part of the Organized Crime Control Act — was passed in 1986 and modeled on the better-known federal statute dating to 1970, the Racketeer Influenced and Corrupt Organizations Act.

The measures were originally billed as means of cracking down on the mafia, drug gangs and businesses fronting for organized crime, but over time courts ruled that the broad statutes were not limited to such uses and could be used against such things as anti-abortion protesters who threatened violence or blockaded clinics.

The laws “all were designed for organized crime, but the courts have held by the terms of those statutes they have broad applicability,” Anello said.

Former prosecutors and defense attorneys described Vance’s move to use a special grand jury, first reported by the Washington Post Tuesday, as a logical one.

“The impaneling of one of these grand juries nearly always means that the DA has at least tentatively decided to present at least some charges to the grand jury for its consideration of an indictment or indictments. Typically, the exact contours of what those charges are, against whom, and what they will look like is not decided until much later in the long-term grand jury’s life,” emailed Daniel Alonso, who served as chief assistant district attorney under Vance.

Alonso said one focus of the probe seems to be Trump Organization Chief Financial Officer Allen Weisselberg, whose personal income tax returns have reportedly come under scrutiny. The New York Times has reported that Manhattan’s district attorney appears to be seeking Weisselberg’s cooperation with the probe. “Beyond that, we’ll have to wait and see,” said Alonso, now with law firm Buckley LLP.

Other lawyers said if Vance seeks charges, the grand jury is virtually certain to go along.

“I was a special prosecutor. I presented lots of cases to lots of special grand juries,” Shapiro said. “The prosecutors work together with the grand jury, day to day. … The natural thing that happens is everyone gets the idea we’re all on the same team. Ultimately, the grand jury will do what the prosecutors asks them to do. … If at the end of a number of months, this grand jury is asked to bring charges against Trump and others, they’ll do it — 999 times out of 1,000 they do it.”

Regardless of what charges prosecutors are weighing, their move to use a special grand jury means the probe is plowing ahead.

“While it does not mean that charges are certain, it is a necessary step toward indictment,” said Barbara McQuade, a former U.S. attorney. “We have known for a while that the DA had obtained Trump’s tax returns after a lengthy battle. It appears that those documents contained sufficient evidence of potential criminal activity to take this next step.”

“New York grand juries differ from federal grand juries in that hearsay is not permitted,” McQuade noted. “That means that prosecutors must present first-hand witnesses, which may explain why the grand jury will sit for three days a week for six months.”

And in this case — as in many cases involving complex financial fraud — witness testimony could be pivotal, according to Kan Nawaday, a partner at Venable and former federal prosecutor.

“I doubt that there’s going to be a smoking gun document,” he said. “I think any investigation would have to rely on witness testimony, which is — it’s been reported — why everyone believes that the ultimate target of the investigation is likely Allen Weisselberg or other executives in the Trump Organization who knew day-to-day details of how they conducted their business.”

If prosecutors pursuing the Trump Organization go down the “little RICO” road, it would not be the first time a Trump business has faced legal claims that its practices amounted to racketeering. As Trump won the presidency in 2016, he was battling a civil class-action lawsuit claiming that the activities of his Trump University real-estate program ran afoul of federal RICO.

Trump’s lawyers vehemently rejected the assertion, arguing that the plaintiffs were trying to turn “garden-variety” fraud claims into a federal racketeering case. Trump’s team also pointed to a court ruling calling RICO “the litigation equivalent of a thermonuclear device.”

However, a federal judge ruled that the suit could proceed to trial. After Trump won the 2016 election, he settled that case and related Trump University suits for $25 million, while still denying wrongdoing.