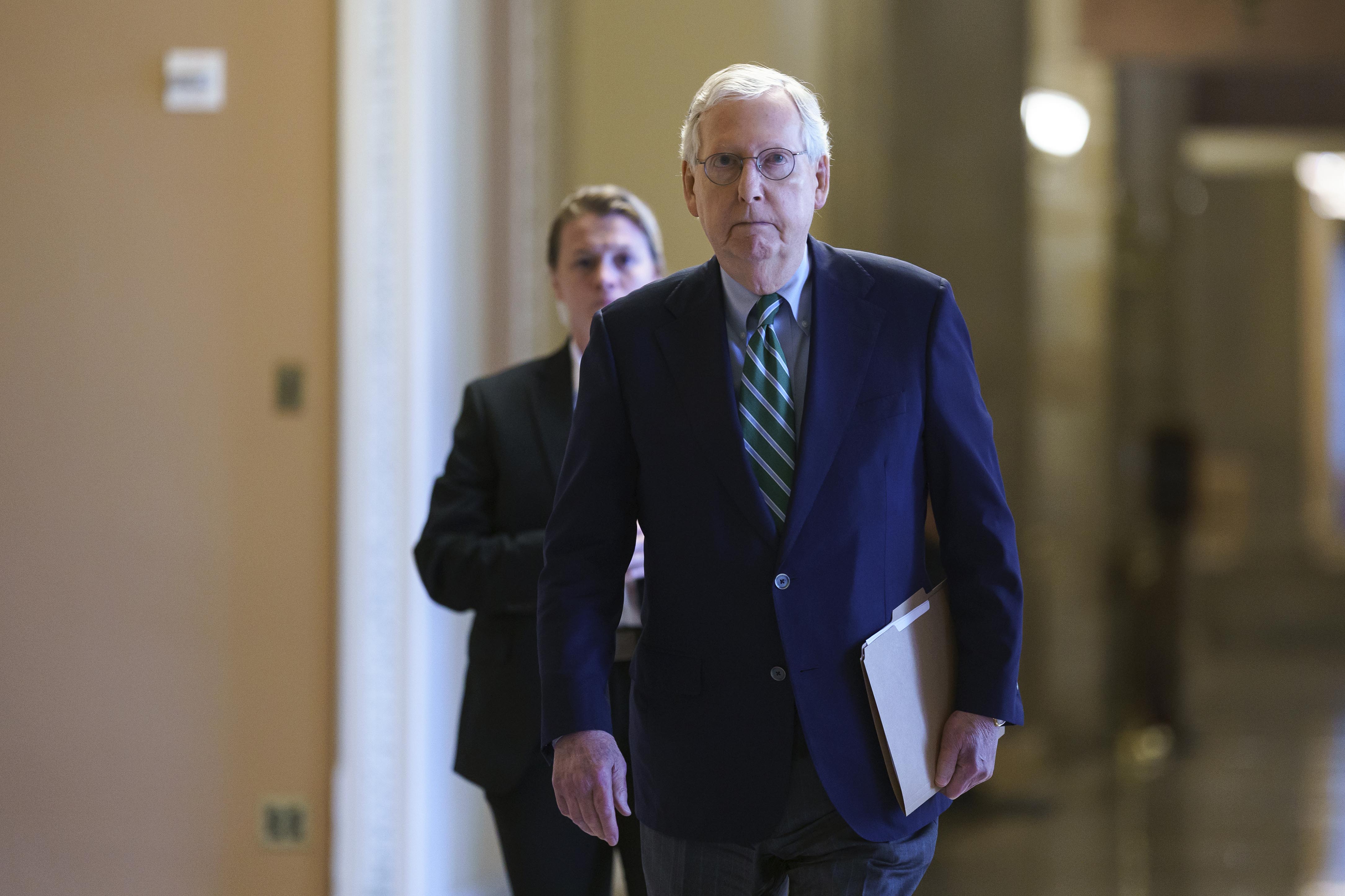 During Thursday’s Senate Republican lunch, Sen. Susan Collins made one last plea to her colleagues to advance a proposed independent commission to probe the Capitol riot, with changes she fought for. Senate Minority Leader Mitch McConnell spoke right after her.

And the GOP leader is set to win the day, much to the consternation of a handful of his members who fear the party is making a mistake in voting down the House-passed commission bill on Thursday night or possibly Friday morning. After an increasingly hard public and private push from McConnell, Senate Republicans are ready to make the independent investigation into the Capitol attack their first filibuster of the Biden administration.

Collins kept trying to whip up 10 votes to break a filibuster on Thursday and said in an interview that she wouldn’t “give up.” But McConnell didn’t let her plea go un-rebutted at the conference’s closed-door meeting, and Collins was resigned to the short-term failure of her efforts at compromise.

“It would be so much better if we had an independent outside commission,” the Maine Republican said.

She has a familiar ally in speaking out against the minority leader’s push. Sen. Lisa Murkowski (R-Alaska) argued Thursday night that her party should look “critically” at the decision to block the commission bill, warning against “making a decision for the short-term political gain at the expense of understanding and acknowledging what was in front of us on Jan. 6.”

She acknowledged that an outside inquiry into the pro-Trump attack on Congress could be a painful — and political — exercise, but still a worthwhile one.

“I don’t want to know. But I need to know. And I think it’s important for the country that there be an independent evaluation,” Murkowski said. “Is that really what this is about, that everything is just one election cycle after another?”

Several undecided Republicans came down against advancing the commission ahead of the vote, despite Collins’ work for changes to strengthen the proposed commission’s bipartisan staffing and trim its timetable. The growing tide against the House bill, which passed with 35 Republican votes, came as McConnell dismissed the commission idea on Thursday.

“I do not believe the additional extraneous commission that Democratic leaders want would uncover crucial new facts or promote healing. Frankly I do not believe it is even designed to do that,” he said on Thursday morning.

McConnell has argued that advancing the commission is unlikely to reveal things not already dug up by existing probes, including those by lawmakers themselves. And he’s also argued internally to his conference that a lengthy commission wouldn’t be good politics heading into the midterms. It could uncover damaging revelations related to former President Donald Trump that would hurt Republicans politically.

The GOP leader turned up his effort to stop the commission eight days ago, after saying his party was undecided on the House bill. By Thursday, Senate Minority Whip John Thune of South Dakota said in an interview that his party is not willing to provide the 10 votes needed to start debate on the bill: “The House-passed version won’t have 10,” Thune said.

The expected GOP blockade will cloud the atmosphere in Washington. Republicans have not blocked any of Democrats’ bills on the Senate floor so far this year, until the commission vote.

Democrats say they have made major concessions to the GOP on the structure of the commission, with their party’s House leaders even blessing Collins’ changes. The resulting frustration is palpable, among even the most amiable Democrats.

Sen. Jon Tester (D-Mont.) said he believes there will be a future Jan. 6-style attack on the Capitol and “the outcome is going to be far worse.”

“We’ve got to get to the bottom of this shit,” Tester said. “Jesus. It’s a nonpartisan investigation of what happened. And if it’s because they’re afraid of Trump then they need to get out of office. It’s bullshit. You make tough decisions in this office or you shouldn’t be here.”

McConnell seemed to lock up the 41 votes against that he needed despite a last-minute pro-commission lobbying push by the mother and girlfriend of fallen Capitol Police officer Brian Sicknick, who died after responding to the siege. Collins and Murkowski were among the Republicans they met.

Murkowski recalled meeting with the women close to Sicknick after they spoke with a senator who opposed the commission; she told them she was “heartsick that you feel that you need to come and advocate to members of Congress.”

Sens. Jerry Moran of Kansas and Shelley Moore Capito of West Virginia both said they will not support the commission.

“We have other committees looking at this. We’ll get our answers,” Capito said.

Even Sen. Pat Toomey of Pennsylvania, who voted to convict Trump of inciting an insurrection, was unsure where he would come down. Sen. Richard Burr of North Carolina, who also backed convicting Trump, has argued inside the GOP conference against the commission and said that, even with an expiration date of Dec. 31, it would drag into the midterms.

Sen. Rob Portman of Ohio, who has considered supporting Collins’ changes, said he wanted a commission to have the “legitimacy and the trust of the American people by being fair. If it’s not fair. It’s not going to be effective.”

He declined to say how he would vote. The Senate is currently considering a China competitiveness bill but is expected to vote on the commission before going on Memorial Day recess.

Sen. Mitt Romney of Utah, who supports the House-passed commission bill, said his colleagues were entitled to their opinions. “I have a different point of view than some of my colleagues, but we’re entitled to do that and I’m not frustrated by it,” he said.

Once the commission is blocked, several congressional committees will still be looking at the matter. But Collins said the thinks there will still be a new panel in Congress.

And that entity won’t be as credible to her as the one her party chose to reject.

“The most likely outcome, sadly, is probably the Democratic leaders will appoint a select committee. We’ll have a partisan investigation. It won’t have credibility with people like me, but the press will cover it because that’s what’s going on,” Collins said.