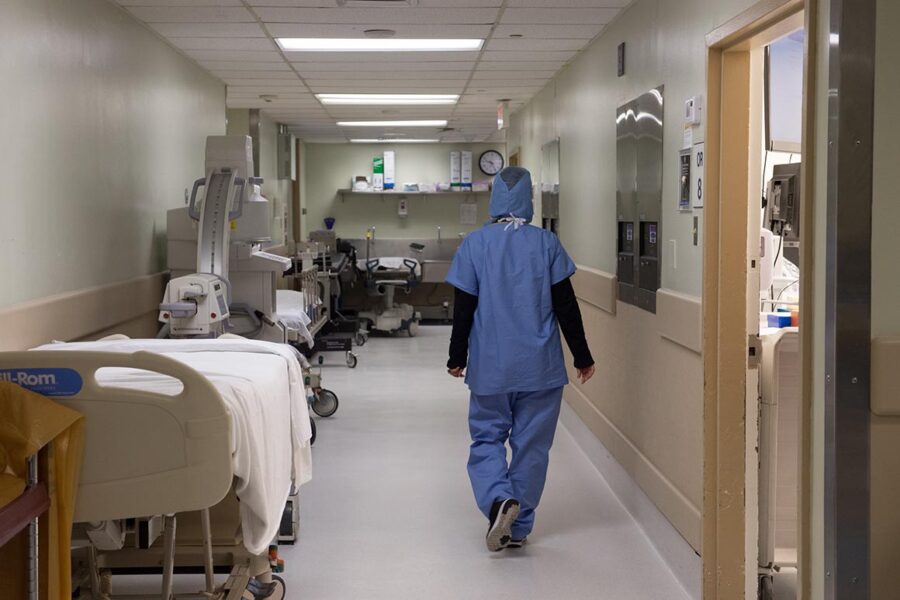 Democratic lawmakers are rallying around an effort to extend health insurance in states that have refused to expand Medicaid, believing they have a limited window to help millions who’ve been unable to get coverage because of intractable GOP opposition to the Obamacare program.

Democrats had hoped that President Joe Biden’s election, along with the promise of new federal cash from the recent Covid relief package for states to expand Medicaid, would move at least some of the dozen remaining holdout states. But there’s little indication those states are budging, which is energizing a push among Democratic lawmakers for a new federal program guaranteeing coverage for low-income adults long shut out of Medicaid expansion.

“I think in most of them, like Texas, it’s not a question of dollars, it’s a question of wanting to be ideologically opposed to any additional role for government in helping impoverished people,” said Rep. Lloyd Doggett (D-Texas), the House Ways and Means health subcommittee chairman, who’s working on a coverage proposal. “The only way we overcome that is through a federal initiative.”

Expanding coverage to the estimated 2.2 million people lacking affordable health insurance options in the Medicaid expansion holdout states would fulfill a Biden campaign pledge while his other key health care promises, like government drug price negotiations and a public option, face tough odds in Congress. Democrats also believe it would deliver a major win for their party heading into tightly contested midterm elections next year, given that Medicaid expansion has polled well — including in states where Republican leaders have blocked it for years.

However, the new effort carries risks that Democratic lawmakers, White House officials and health care advocates have been struggling to resolve in behind-the-scenes discussions over the past few months, say people involved in those talks. One challenge is designing a program that won’t invite backlash from a health care industry ready to battle Democrats on other sweeping changes. Another concern is inadvertently rewarding states that blocked Medicaid expansion for years. Any plan would also come with a steep price tag.

“There is pretty universal acknowledgment that action is needed to address the population,” said Henry Connelly, spokesperson for House Speaker Nancy Pelosi. “Everyone is exploring ways to get it done.”

Democratic lawmakers are weighing a few options that could potentially get wrapped into a major economic package they hope to pass along party lines this year. But they haven’t yet agreed on an approach, and Democratic leaders are facing competing demands to use upcoming infrastructure legislation to expand Medicare eligibility and benefits, mandate drug price negotiations and bolster Obamacare subsidies.

Health care advocates caution that Democrats have limited time to address stalled progress on Medicaid expansion — seen as the biggest unfinished piece of the Affordable Care Act — while the party controls Washington for the first time since the law’s passage a decade ago.

“This is the moment,” said Judy Solomon, a senior fellow at the left-leaning Center for Budget and Policy Priorities. “This is probably the only moment that we’ll have for years.”

The White House has taken a largely hands-off approach in talks over a Medicaid expansion alternative, as it has with other major health care proposals Biden campaigned on. While Biden’s budget proposal on Friday reiterated his support for those ideas, including closing the Medicaid coverage gap, it was short on specifics. The only major health promise Biden proposed including in major economic legislation is the one seen as the least politically divisive: making permanent the recent Covid relief package’s temporary expansion of financial help for people buying Obamacare health plans.

“The President has consistently supported providing coverage for this population,” an administration official said when asked about the administration’s plans in Medicaid expansion holdout states.

Congressional panels with jurisdiction over Medicaid, the House Energy and Commerce Committee and the Senate Finance Committee, have been leading work on the issue. The committee chairs and Pelosi haven’t spoken publicly about their plans as staff work through the details.

Support for a federal workaround got a big boost this week when Georgia Sens. Raphael Warnock and Jon Ossoff, whose elections delivered Democrats control of Washington, urged leadership to include the policy in infrastructure legislation. This week’s Senate confirmation of Chiquita Brooks-LaSure to run the federal Medicare and Medicaid agency is also expected to accelerate the Biden administration’s work on health coverage policies.

The renewed push to insure people in the expansion holdouts comes after those states largely ignored new financial incentives to expand Medicaid that were included in the Democrats’ stimulus. The law provides a two-year boost in federal Medicaid payments to states that expand, on top of the generous federal match they would already receive for covering the expansion population.

Of the holdout states, only Wyoming’s legislature seriously considered an expansion bill this year, but it died in the Senate after passing the House. And recent moves in other states showed expansion still faces tough hurdles across the country.

In Wisconsin, Republican lawmakers this week quickly shut down a special session Democratic Gov. Tony Evers convened to consider expansion. In Missouri, the state is facing a lawsuit after Gov. Mike Parson refused to implement an expansion that voters approved last summer. And in Mississippi, advocates halted a campaign to put Medicaid expansion on the ballot next year after a state Supreme Court ruling made such initiatives impossible.

“What just happened in Wisconsin and Missouri is giving some momentum to the effort because it’s clear that where Republicans can stop this in holdout states, they will,” said Brad Woodhouse, president of the liberal group Protect Our Care that’s closely allied with Democratic leaders in Congress.

Crafting the policy remains difficult, however. And while congressional Republicans have given up on trying to repeal Obamacare, they’re not expected to lend any support to the effort.

Biden’s budget calls for creating a federal public-run health insurance option in the holdout states that would offer free coverage modeled after Medicaid benefits. States that already expanded – and fund 10 percent of the program’s costs – would receive unspecified “financial incentives” to discourage them from dropping coverage.

That idea would likely draw swift opposition from hospitals and health insurers, who support expanding Medicaid but oppose a public option that would eat into their profits.

Chip Kahn, president of the Federation of American Hospitals, said it would be difficult to set up a new coverage system without creating a financial imbalance between states that expanded Medicaid and those that haven’t.

Another idea is expanding Obamacare subsidies to allow low-income people in the non-expansion states to receive free private coverage in the law’s insurance marketplaces. Currently, people earning below the federal poverty line, or about $13,000 per year, are ineligible for Obamacare subsidies. Expanding those subsidies would be expensive since private plans cost the government much more per person than Medicaid or Medicare.

A third idea from Doggett, the Ways and Means health subcommittee chairman, would seek to circumvent state opposition by allowing counties and other local governments to expand Medicaid in a hyperlocal fashion. That would still leave large gaps in coverage and could be difficult to implement.

On Thursday, nearly 60 civil rights and advocacy groups — including the NAACP, The Arc, Planned Parenthood and the Whitman-Walker Institute — in a letter urged lawmakers to expand coverage in the holdout states “as part of recovery legislation this year.”

“Congress has a responsibility – which it has exercised in the past, in some of its proudest moments – to step in with national policies to ensure that everyone is treated equally, no matter what state or territory they live in,” they wrote.