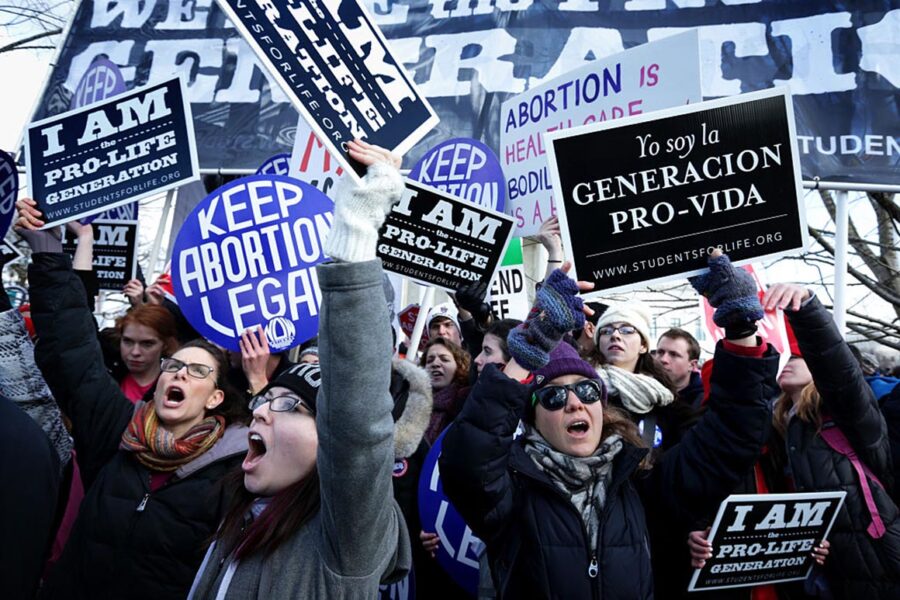 The Supreme Court’s decision to take a Mississippi case that poses a direct challenge to Roe. v. Wade has raised the stakes for the Biden administration’s newly launched review of restrictions on abortion pills, which could dramatically expand access to the procedure.

A ruling for Mississippi, which is petitioning for the right to ban abortion after 15 weeks of pregnancy, would allow states to implement restrictions farther-reaching than any seen in decades, abortion-rights advocates say. Texas, Idaho, Oklahoma and South Carolina moved this year to ban abortions after six weeks of pregnancy, with similar limits pending in several other Republican-led states.

A new study in the Journal of the American Medical Association found that such state restrictions are helping to drive demand for abortion pills, which the Food and Drug Administration recently said can be dispensed by mail during the pandemic to protect people against the coronavirus. Earlier this month, the agency temporarily waived requirements that the pills be given to patients in person by a doctor for the duration of the pandemic and could make the policy permanent, pending an ongoing review.

The study of all 50 states found that Louisiana and Mississippi saw the most requests for abortion pills over the last two years from Aid Access, an international nonprofit that provides access to medication abortion by mail. People in states where additional abortion restrictions were imposed or where the nearest clinic is hundreds of miles away were far more likely to order the pills by mail, the study found.

“This is a window into what the world will look like if the Mississippi and Texas bans are allowed to go into effect,” said Abigail Aiken, a professor at the University of Texas at Austin and the lead author of the study. “The people who are looking for abortions will not just suddenly say: ‘Oh, I guess it’s illegal now, so I won’t get one.’ They will look for whatever options they can find, including those outside the law.”

The FDA decision to allow patients to receive the pills via telemedicine or through the mail during the pandemic has galvanized both sides of the abortion wars. Anti-abortion activists — having lost influence in Washington following the 2020 election — have intensified lobbying right-leaning state legislatures to curb, if not outlaw, access to the pills, concerned that widespread access to the drug will render other abortion restrictions obsolete.

“In our view, this is Roe 2.0 — a radical expansion of abortion,” said Kristi Hamrick, the spokesperson for Students for Life of America, which is lobbying in more than a dozen states to restrict use of the pills. “We’re talking to our friends on Capitol Hill, but it’s clear the pathway for legislation is just more sound at the state level right now.”

Lacking the votes to hold against the avalanche of legislation, abortion rights supporters are transporting their fight to the courts and to federal agencies — both suing to block state bans and petitioning federal judges and the FDA to permanently lift the restrictions on the pills.

The legal fight over the pills may ultimately return to the Supreme Court, whose conservative majority in January lifted an injunction that was preventing the FDA under former President Donald Trump from enforcing the in-person dispensing rule for the pills during the pandemic. Another factor is Chief Justice John Roberts’ opinion in the last major abortion case before the justices that courts shouldn’t concern themselves with whether a challenged abortion restriction is medically necessary. That view could undermine progressives’ argument that the pills are safe whether handed over by a doctor, picked up at a pharmacy or delivered by mail.

In a recent legal filing in a long-dormant federal lawsuit in Hawaii, the American Civil Liberties Union pointed to the FDA decision to allow telemedicine abortion during the pandemic as proof that restrictions on the pills are arbitrary, do nothing to further safety, and should be struck down.

“We’re asking the court to declare the [rules] unlawful in their entirety so that patients can access this safe and effective medication like they would any other drug,” said Julia Kaye, a staff attorney for the ACLU and the lead litigator in the case.

Shortly after, the Biden administration and the ACLU asked the court to hold off on ruling until this winter to give the FDA time to decide whether to keep the restrictions on the pills or permanently scrap them.

Career staff at the FDA’s Center for Drug Evaluation and Research are now reviewing the data regarding the drug’s safety. The agency, which is expected to announce a decision on Nov. 1, is evaluating information from the manufacturer of the pills as well as materials from the American College of Obstetricians and Gynecologists — which sued to lift restrictions on the pills — and other medical experts. It could decide to keep the restrictions in place, drop them and allow telemedicine abortions, or waive some existing rules while maintaining others — for example, allowing more kinds of medical providers to prescribe the drug but still banning mail delivery.

These legal, political and regulatory battles underway will determine whether telemedicine abortions become a way to make the procedure more affordable and accessible and get around bans in Republican-controlled states. The governors of Arizona, Arkansas, Oklahoma and Montana recently signed bans on mail delivery of abortion pills while Ohio banned all telemedicine abortions, though that law is blocked until a state judge can hear arguments on its constitutionality. Other restrictions are advancing in other red and purple states, including Indiana, Iowa, Alabama, Kentucky, Ohio, Maryland, Minnesota, Wyoming and West Virginia.

Mallory Quigley, the spokesperson for Susan B. Anthony List, said the Supreme Court’s decision to take the Mississippi case is certain to “fuel more activism” around abortion pills.

“If there’s a change in abortion jurisprudence as a result of [the case], it’s very likely that there will be an increased focus on access to chemical abortion,” she said. “The proliferation of medication abortion has been growing already but it’s been under the radar. Now that it’s been pushed more into the spotlight and the word is out, states are taking action.”

Conservative groups like SBA List, Students for Life of America and Heritage Action are funding new ad campaigns, lobbying state lawmakers and sending staff to testify before state legislatures in favor of the bans.

“We’re trying to show lawmakers that this is a very real and very imminent threat,” said Melanie Israel, a research associate at Heritage. “It’s not a hypothetical situation anymore.”

Anti-abortion groups and lawmakers argue the drug — mifepristone — is too dangerous to be sent to pregnant patients by mail or handed out in a pharmacy. They point to rare instances of harm and warn that people could, knowingly or unknowingly, take it outside of the narrow 10-week window recommended by the FDA.

But a study of the UK’s national health system’s move to allow telemedicine abortions during the pandemic found no increase in complications from pre-Covid times, when a doctor’s office visit was required. Out of nearly 30,000 at-home abortions between January and June of 2020, seven people had a major complication and needed to be hospitalized, compared to eight people in the comparison group that got the pills from a doctor.

Medical groups and experts urging the FDA to permanently lift the restrictions say the government allows much riskier drugs to be dispensed by mail and over the counter — including anti-inflammatory drugs and antibiotics. Still, as with all medication, complications occur and can be serious. The FDA found that out of more than 3.7 million people who took mifepristone over an 18-year time span, a little over 1,000 were hospitalized and 24 died, though nearly half of those deaths were attributed to homicide, suicide, drug overdose or emphysema. More frequently, though still quite rarely, the pills simply don’t work and patients require a follow-up surgical procedure to complete the abortion.

Yet Susan Wood, the former FDA assistant commissioner for Women’s Health and a professor of health policy at George Washington University, says that mifepristone has long been singled out, despite the evidence of its safety, for political and ideological reasons.

“We don’t want these put under arbitrary restrictions, and right now the restrictions are arbitrary — they’re not based on real concern over safety,” said Wood. “Unfortunately, whenever we talk about women’s reproductive health, we see the controversy move to the forefront and science gets pushed to the side.”