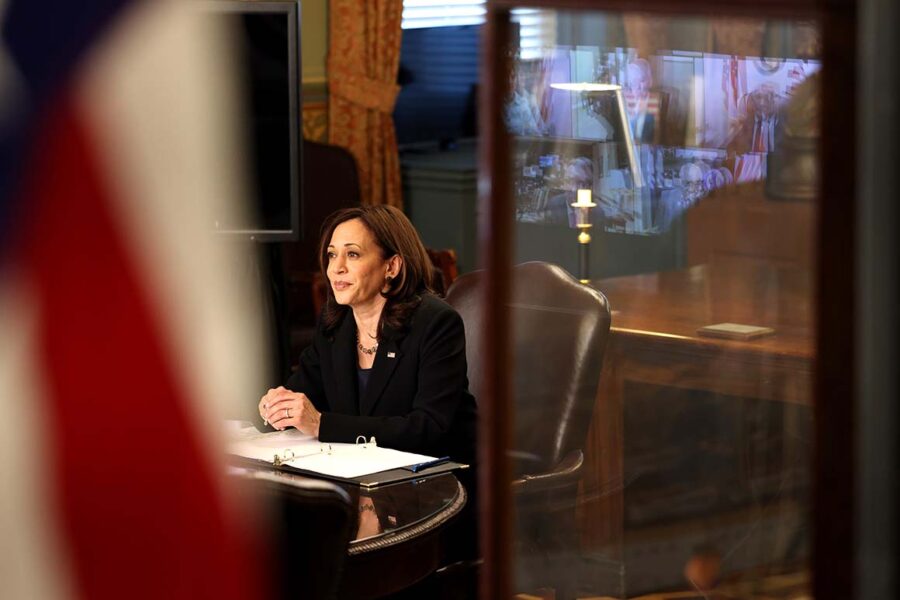 “With her leadership and your support, we’re going to overcome again, I promise you, but it’s going to take a hell of a lot of work,” Biden said, saying that the right to vote is “under assault” at a level he had never seen before.

In a statement following the speech, Harris said she would work with Congress, community and voting rights organizations, and the “private sector” to push voting rights efforts both nationally and in statehouses.

“The work ahead of us is to make voting accessible to all American voters, and to make sure every vote is counted through a free, fair, and transparent process,” Harris said in the statement. “This is the work of democracy.”

The assignment, which adds to a rapidly swelling portfolio that already includes addressing the root causes of migration from Central America, constitutes another daunting and politically charged task that Biden has dropped on his No. 2. But Harris, a former state attorney general, has worked on voting rights issues before and expressed interest in the subject.

Democrats, meanwhile, have been urging the White House to engage more fully on what Biden referred to as an “assault” on democracy, even if only to highlight aggressive efforts to limit poll access that have been given new life since former President Donald Trump challenged the results of the November election, a contest that saw record turnout and that experts deemed safe and secure.

In his speech, Biden renewed his calls for the Senate to pass the For The People Act, the broad legislation reforming ballot access and campaign finance that passed the House but faces long odds in the Senate. Biden said he’d “fight like heck” to get the legislation passed and touted the John Lewis Voting Rights Advancement Act as well, saying June should be a “month of action.”

But there are clear impediments that Harris now faces in producing that action. The For The People Act does not have the support of all Democrats in the Senate. And even if the one notable holdout — Sen. Joe Manchin (D-W.Va.) — were to announce his support, Senate Democrats would still lack the votes to avert a Republican filibuster. Biden acknowledged these hurdles on Tuesday.

“I hear all of the folks on TV saying why doesn’t Biden get this done? Well, because Biden only has the majority of effectively four votes in the House and a tie in the Senate. With two members of the Senate who vote more with my Republican friends,” Biden said in a thinly veiled swipe at Manchin and fellow moderate Sen. Kyrsten Sinema (D-Ariz.).

Sinema is a cosponsor and supporter of the For The People Act.

Neither her nor Manchin’s office immediately responded to requests for comment.

Democrats have renewed calls to get rid of the filibuster after Republicans last week blocked an independent, bipartisan commission to look into the January 6 riots at the Capitol.

Biden’s push on voting legislation comes as Republicans in many states have pushed or implemented voting laws that add more restrictions on those casting ballots, including Texas. Last week, Biden laid into Texas’ bill, calling it an “assault on democracy.”

Biden’s announcement of Harris’ role came at an address in Tulsa, 100 years after the deadly race massacre happened there in 1921.