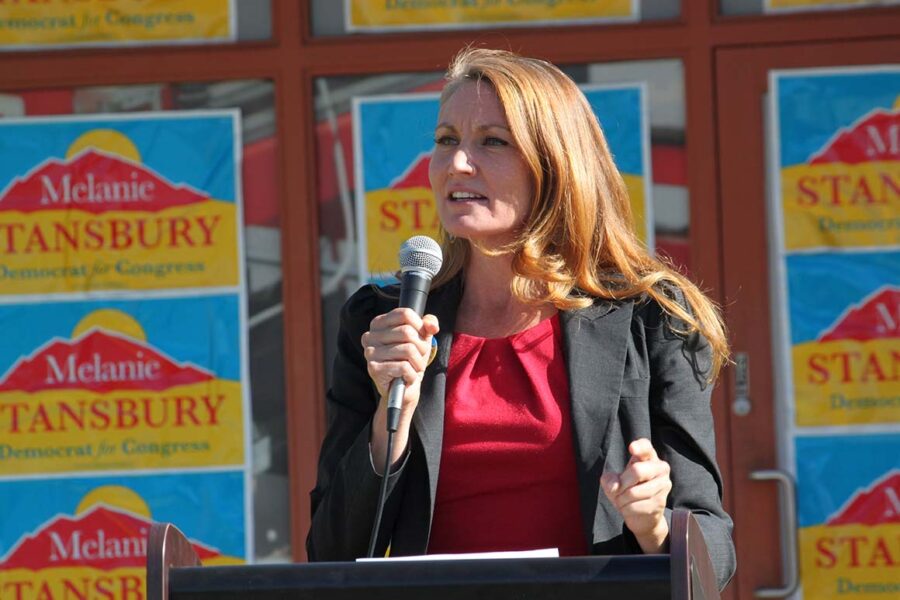 Democrat Melanie Stansbury easily claimed a victory Tuesday night in a contested special election for Congress in New Mexico, easing her party’s fears of a closer result that could portend a brutal midterm next year.

Stansbury, a state representative, led Republican Mark Moores, 63 percent to 33 percent, when The Associated Press called the race in her favor, a little more than an hour after polls closed. Democrats hailed that sizable margin as a sign that their base enthusiasm has not waned and that the GOP’s attempt to double down on “defund the police” attacks backfired.

The district, which includes Albuquerque and its suburbs, is deep-blue territory. Joe Biden carried it by 23 points in 2020 and the former incumbent, Democrat Deb Haaland, won it by 16 points before vacating the seat to become Interior secretary.

Both candidates were nominated by local party officials at conventions. Moores, a former football player for the University of New Mexico, trailed Stansbury significantly in fundraising and spent far less on TV ads. And neither party committee — or any affiliated outside groups — spent any serious money in the race, a sign that the seat was unlikely to change hands.