Twenty-nine days after it was launched, Donald Trump’s blog, once hailed by fans as his triumphant return to the internet, was taken down on Wednesday.

It was just less than three Scaramuccis old. Noah’s Ark had a longer run.

Publicly, Trump’s team described the decision to remove the “From the Desk of Donald J. Trump” site as part of the process towards building a larger online footprint. But privately, aides conceded that the site was proving to be more of a nuisance than a bullhorn.

“It was more of a hassle than anything else and it wasn’t getting as many views as the team would have liked,” conceded a person familiar with the decision to take down the blog. “It was drawing more negative press than positive press.”

The person went on to note that the blog was the rough equivalent of a website page where a candidate for office posts statements. And since reporters were taking Trump’s statements from their email inboxes and sharing them on social media platforms anyway, having a specific website for that purpose became moot.

As Trump’s team took down the blog, it promised that something better was in the offing — a Trump-focused, Trump-branded, Trump-world social network, free of the constraints imposed by Big Tech.

“It was just auxiliary to the broader efforts we have and are working on,” said Trump spokesperson Jason Miller.

One person familiar with the project said Trump’s team was recently “putting together the elements of the functionality of the platform.”

So far, no new platform has been revealed. And despite reports leaked out of Mar-a-Lago about a string of meetings with MAGA-friendly developers and apps, the reality is that creating a stand-alone Trump platform — even with an eager, preexisting user base — is, experts say, a daunting, almost-impossible task, complicated by cash, technology, time and talent.

“I think it’s understood that the more conservative crowd is unhappy with Facebook and Twitter and YouTube,” said Jeff Brain, the CEO of the MAGA-friendly social media network CloutHub, who has spoken at the Conservative Political Action Conference. “So they are looking to move, and they are the early adopters, they are the first movers.”

Creating and maintaining a social media site untainted by the influence of Big Tech could run into the tens — if not hundreds — of millions of dollars, tech experts say. Computer servers that could process his fans’ activity — every like, comment, share and video play — would have to be purchased. Expensive engineers would also have to be hired to maintain those servers. And as several tech experts told POLITICO, skimping on these investments could mean a site that crashes every hour.

“This isn’t going out and buying a PC from Walmart, and connecting to the internet and hosting a website,” said Keith Townsend, a technology consultant who specializes in cloud computing. “This is very complicated stuff that is extremely costly, and who’s going to fund it when it’s not making money?”

An easier path for Trump would be to build a simple app to share updates or find his way back on to the existing tech platforms. But there is no indication that Twitter will back down from it’s suspension. His Facebook ban is currently under review, as is his YouTube ban.

Prior to the blog, Trump himself said that he didn’t need a social network to get his message out. In a live-streamed interview with his daughter-in-law, Lara Trump, the former president suggested he was just fine with the status quo.

“I must say, I love what we’re doing now,” he said. “I put a statement or two out, or three or five, and I’ll do it in a day, and I’ll just dictate something out, and I do it in the form of a press release, and it gets picked up by everybody.”

There are competing theories within the Trump camp, according to two people familiar with deliberations. One holds that Trump’s current system of sending press releases through email blasts has sufficiently managed to keep him in the public eye, serving the same purpose as his Twitter feeds. The other is drawn to the idea that gathering all of his supporters on one, Big Tech-free platform is worth the trouble — even if the Trump operation has to burn through tens of millions of dollars to do so.

“My belief is that having a platform is more for his supporters than anything else,” said a former Trump adviser, adding that, in their view, the original purpose of Trump’s Twitter account — getting the media to report on every single message — was no longer relevant. “It’s not like having a social media platform will give him additional reach. Media will still report on his releases and will reprint/tweet whatever he posts on the new platform. [The platform would] be more for them than anything else.”

At the core of Trump’s IT problem is the very real risk that no site he purchases or builds would be able to handle the sheer number of people that would drop on the site the moment that he announced its existence. 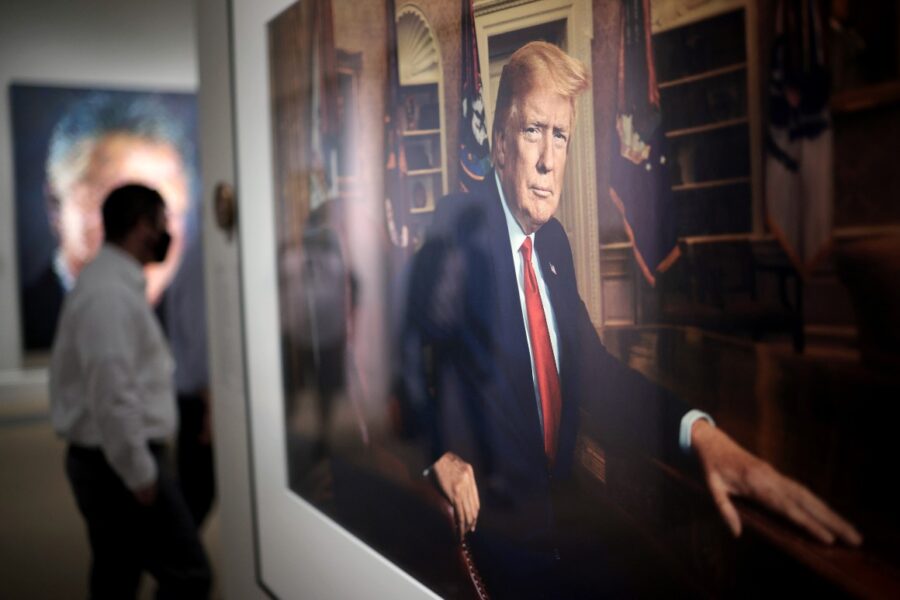 At the moment, however, the type of technology capable of handling a Trump traffic surge, even one a fraction of the size of his initial following, is limited to a handful of companies, nearly all of them owned by companies Trump has deemed enemies: Amazon Web Services, Google Cloud, Microsoft’s Azure, all with stringent terms of service policies.

A representative for Trump did not respond when asked if they would use services from the major tech companies, or platforms owned by other social media companies that have banned MAGA-inclined users.

Even the biggest web hosting companies haven’t been immune from breaking down when huge waves of traffic washed their way. Pokemon Go ran into problems even though it was backed on Google Cloud; in 2019, Jennifer Aniston crashed Instagram when she created an account and thousands of people tried visiting her page at once.

Townsend himself had a personal favorite example: the time when Oprah Winfrey tried to livestream on YouTube and broke the site.

“So can Trump do better than YouTube?” he asked rhetorically. “Yes, the industry itself has moved to a higher phase, but does Trump have the expertise? Can he hire the expertise to do what YouTube couldn’t do eight years ago?”

Another potential path to social media, two people familiar with Trump’s deliberations said, is a shortcut: instead of building one of his own, Trump would purchase a preexisting social network, either functional or defunct, for its architecture and resources. They would then rebrand and relaunch it.

However, even a company selling to Trump might balk. “I am suspecting the Trump group would need to pay more than a normal market amount, as tech entrepreneurs are concerned about their professional reputations being associated with doing a deal with the former president,” said Jeremiah Owyang, a tech-industry analyst and startup investor.