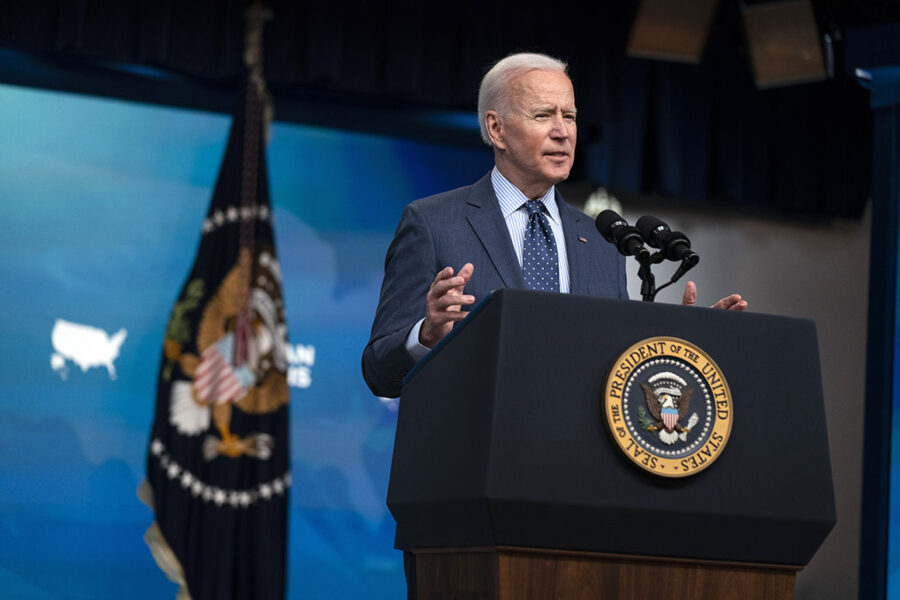 Democrats hung with former President Barack Obama when he campaigned for higher taxes on the rich. And they didn’t blink when Republicans passed another round of tax cuts in 2017, without a single Democratic vote, after years of getting clubbed by the GOP for being the tax-and-spend party.

But President Joe Biden’s proposed tax increases are another breed, even if they are focused on people making over $400,000 a year. His proposals are far more ambitious than the concessions Obama ended up winning after the 2012 election, which allowed the top income tax rate to rise for high earners.

Many Democrats assert that they’re no longer as afraid of the comprehensive defeats they suffered when party leaders like Walter Mondale leaned into big tax hikes.

Still, Biden’s proposed tax hikes would come as the economy is still rebounding from the coronavirus, and as Democrats are about to face likely difficult midterm elections while increasingly relying on higher-income suburban voters.

“Raising taxes is always a bit risky politically,” said Caroline Behringer, a Democratic strategist and former senior House aide. “So even though there’s polling showing that taxing the rich is popular, I’d bet quite a few of them just aren’t convinced.”

There’s a small but growing list of Democratic lawmakers who’ve expressed reservations. And it’s not just moderates desperately trying to cling to their seats next year who are going public — it’s also committee chairs and senior lawmakers in no real electoral danger. House Agriculture Chair David Scott (D-Ga.) was the most recent to speak out this week, raising some doubts about the administration’s plans to increase taxes on inherited assets.

Biden’s negotiations with Senate Republicans on infrastructure have made it less clear how much Democrats might need in taxes to offset their spending agenda. He threw a new wrinkle into the talks on Wednesday, when he offered to finance at least part of his infrastructure package with a 15 percent minimum tax on corporations, to win over Republicans who are refusing to consider his proposal to raise the corporate tax rate to 28 percent.

The White House said Biden was not abandoning his call for the rate hike, though.

Perhaps the biggest issue for Democrats is that once they are more fully engaged on tax increases, they’ll find they have almost zero margin in Congress with which to pass this latest vision of big government.

All this has left progressives increasingly impatient with any Democrats worried about the political implications of big tax hikes, especially given how consistently polling shows voters like tax increases on the rich and corporations.

And if Democrats don’t seize the moment right now, progressives are concerned that there’s no telling when the party might get another shot to directly address income inequality and what they view as a tax code too tilted toward wealthy interests.

“That weighs very heavily on Democrats,” said Mark Mellman, a Democratic pollster who argued that public opinion has shifted heavily toward the party’s “pay-your-fair-share” line of thinking in recent years.

“Views on the role of government change. Voters could well change their minds and decide government is doing too much,” Mellman added. “Democrats are acutely aware that if it’s not done now, for various reasons, it might never happen.”

Most people watching the situation still believe that Democrats will pass some serious amount of tax increases in the months to come, though even the most optimistic of Democratic aides say that passing all of the new revenues being proposed by Biden will be almost impossible to pull off.

But all the current uncertainty around the larger infrastructure talks has only encouraged some Democrats to take more of a wait-and-see approach to big tax increases.

It’s hardly a stretch for lawmakers to bet that bipartisan negotiations over roads, bridges and the like will fall apart, and that Democrats will have to go it alone. But until then, lots of Democrats appear happy to see what develops in those talks before wading in further on taxes.

Senior Democratic lawmakers are also anxious for the Biden administration to more fully flesh out its vision on these tax increases — something that is starting to happen now that the Treasury Department has released the “Greenbook,” the budget document that outlines the administration’s tax plans.

“I don’t know which of these proposals are even serious, versus throwing everything against the wall and seeing what can stick,” said Sen. Bob Menendez (D-N.J.), a senior tax writer who argued that the administration has taken a “shotgun approach, a blunderbuss approach where you throw out all these things — that’s a lot of different revenue changes, with a lot of different consequences.”

Menendez and Mark Warner (D-Va.) are among those worried about a big proposed hike in the top capital gains rate, while Scott joined Sen. Jon Tester (D-Mont.) in voicing problems with the idea of forcing heirs to pay more on inherited assets — though the administration has promised a carveout for family farms within that proposal.

Sen. Joe Manchin (D-W.Va.) was among the first to try to put a crimp in Biden’s tax agenda, seeking to limit a boost in the current 21 percent corporate tax rate to around 25 percent — instead of Biden’s preferred 28 percent.

Soon enough, Democratic leaders and senior tax writers will have to figure out just how much in tax increases can actually pass both the House and the Senate, and to refine and recalibrate the vast array of Biden’s proposals.

“They’ll take what we give them,” one senior Democratic aide said about the administration.

Wyden joined up with Warner and Sen. Sherrod Brown (D-Ohio) to release his own plan on international taxes that deviates in places from the administration’s plans. Meanwhile, Neal has mostly sat back, while acknowledging the House, Senate and White House will all need to get on the same page at some point.

And when they try to do that, Democrats will have almost zero votes to spare in the Senate, and just four in the House, pending further special elections.

Republican leaders had more padding when they enacted the tax law in 2017, to the point that they could write off GOP House members in California, New Jersey and New York who opposed capping state and local deductions, and still pass the bill.

Without that luxury, Democrats could end up appearing in disarray even if they get the vast majority of their lawmakers on board with proposed tax increases.

Lawmakers angling to ensure their priorities are taken care of in a big infrastructure package know that, too. Take that $10,000 cap on state and local deductions — Democrats from those suburban districts that have become crucial to the party’s majority in the House are now vowing not to vote for anything that doesn’t scrap those limits.

It’s not clear whether they would in the end bring down a big infrastructure package if it didn’t address that issue. But in the current environment, those suburban Democrats have no reason right now to move off their demands.

“This is why I was elected to office and I believe that this is the right policy decision,” said Rep. Tom Suozzi (D-N.Y.). “This would have a long-term deleterious impact in progressive states.”

Brian Faler contributed to this report.