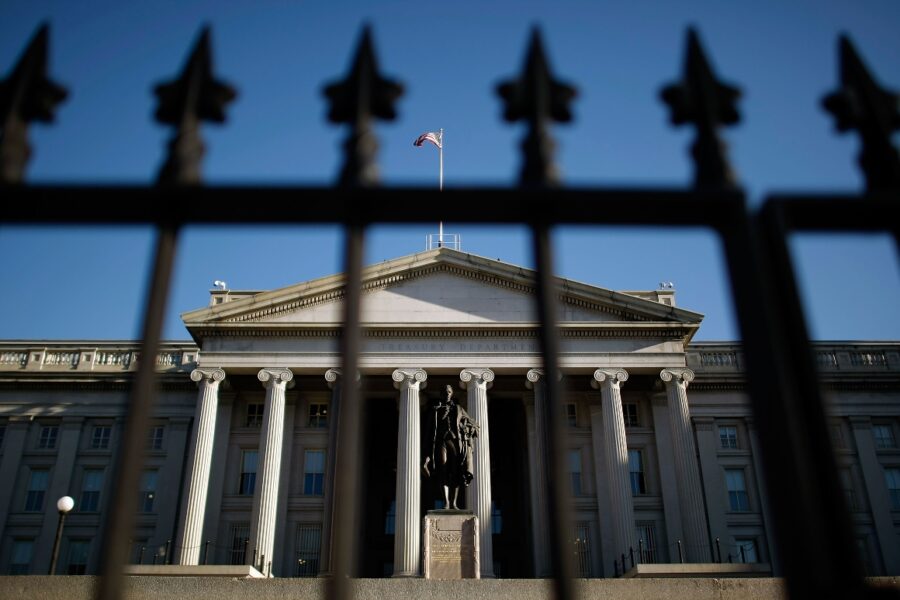 The disclosures from Natalie Mayflower Sours Edwards, 42, fueled reports in BuzzFeed on issues related to special counsel Robert Mueller’s investigation of ties between the Trump campaign and Russia, as well as a series by news organizations across the globe last September examining why banks around the world continued to do business with clients who regularly engaged in suspicious activity.

The sentencing in a high-profile leak case came just hours after the Justice Department disclosed that it seized phone records and sought email metadata from four New York Times journalists as part of a series of leak investigations initiated during the Trump administration.

U.S. District Court Judge Gregory Woods satisfied prosecutors’ request that Edwards receive a minimum of six months in prison. “A meaningful sentence is needed in order to respond to the crime,” said Woods, echoing similar language from the prosecution.

Edwards’ defense attorney, Stephanie Carvlin, had asked for a sentence of “time served” — apparently referring to the day or so Edwards spent in custody following her arrest in Virginia in 2018.

Edwards pleaded guilty last year to conspiring to violate the Bank Secrecy Act by disclosing what prosecutors said were more than 2,000 “suspicious activity reports” or SARs that banks and other financial institutions confidentially file with the Treasury Department office Edwards worked for, the Financial Crimes Enforcement Network, or FinCEN.

“The colossal, mammoth effect of this defendant’s crime is unparalleled in the history of FinCEN,” Assistant U.S. Attorney Kimberly Ravener told the court. “You have an individual who acted indiscriminately to disclose confidential government information.”

Edwards delivered a largely unrepentant eight-minute statement to the court, saying she “could not stand by aimlessly” in the face of misconduct she saw at Treasury. She also suggested FBI agents violated her rights by questioning her after she asked for an attorney.

Only at the very end of her statement did she offer a brief note of contrition. “I understand and accept that a lot of information was made available to the public. I do apologize for that, your honor,” she said.

Speaking in a forceful voice and reading from notes as she stood at the defense table, Edwards opened her statement by discussing her Native American roots. “I am an indigenous, matriarch warrior whose spirit cannot be broken,” she said.

Edwards’ attorney, Stephanie Carvlin, said Edwards blew the whistle on two problematic situations: the fact that due to a system issue for a time Treasury officials did not have access to other agencies’ intelligence and that a Treasury office was not properly handling intelligence information about U.S. citizens and residents.

Carvlin insisted that her client only turned to the media as a last resort, after she’d complained through a slew of internal channels. “She did not start on this path by going to the press,” the defense attorney said.

Ravener ridiculed the defense’s suggestion that Edwards’ wide-ranging disclosures to BuzzFeed were an extension of a whistleblowing effort.

“It’s completely nonsensical. It’s a post hoc rationalization,” the prosecutor said. “Nothing about those claims was going to be resolved or addressed or exposed by releasing thousands of SARs … There is simply no cogent connection between her whistleblowing and this crime.”

In the end, Woods sided with prosecutors, flatly rejecting the argument that Edwards’ repeated disclosures to BuzzFeed were part of an effort she made to blow the whistle on what she viewed as illegality and inefficiency at FinCEN.

“Blowing the whistle is an incredibly important exercise,” the judge said, before declaring that the confidential information Edwards released “did not have a relationship” to her complaints about FinCEN. The reports Edwards shared with BuzzFeed reporter Jason Leopold between 2017 and 2018 included information about former Trump campaign chairman Paul Manafort, his associate Rick Gates, the Russian Embassy and Maria Butina, the Russian gun rights activist who admitted being an agent for the Kremlin and received an 18-month prison sentence.

Prosecutors said Edwards sent Leopold a total of more than 50,000 documents via an encrypted application, identified in a defense filing as WhatsApp. The reports formed the basis for various BuzzFeed stories, including a series the outlet published last year called the FinCEN Files.

Carvlin suggested that Leopold’s urgings prompted Edwards to offer up information she wouldn’t have volunteered and claimed he even said he might be fired if he couldn’t match stories posted by other news organizations.

“He turned up the pressure,” the defense attorney said. “I mean, he was good at his job.”

Although it went unmentioned by Carvlin or anyone else who spoke at the hearing, Leopold sat quietly in the back of the courtroom during the nearly-two-hour sentencing hearing. He declined to comment to POLITICO as he left the courthouse, saying BuzzFeed would issue a statement on the development.

Later Thursday, BuzzFeed spokesperson Matt Mittenthal denounced Edwards’ sentence, while acknowledging for the first time that she served as a confidential source for the news outlet.

“Natalie Mayflower Sours Edwards is a brave whistleblower. She fought to warn the public about grave risks to America’s national security, first through the official whistleblower process, and then through the press. She did so, despite tremendous personal risk, because she believed she owed it to the country she loves,” Mittenthal said.

“Because of Ms. Edwards’s bravery, BuzzFeed News, along with the 108 media organizations in the International Consortium of Investigative Journalists, were able to publish the FinCEN Files, which revealed financial corruption on a global scale. That investigation has helped to inspire major reform and legal action in the United States, the E.U., and countries around the world. BuzzFeed News has not acknowledged Ms. Edwards’s role in the project until today, after the judge sentenced her and after Edwards herself gave permission to acknowledge that she provided the Suspicious Activity Reports,” Mittenthal added. “BuzzFeed News supports the actions of whistleblowers and strongly condemns today’s sentence of Ms. Edwards.”

During the sentencing hearing, Carvlin urged the judge to consider the positive aspects of the debate generated by released of the bank reports, including a law Congress passed in December requiring companies to report their true ownership to the Treasury Department.

“I’m not saying Dr. Edwards deserves credit for that, judge,” the defense attorney said. “If we’re going to look at the horribles that might flow from that, the bad, we should also look at the benefits that flow from what she did,”

As a senior adviser to the head of FinCEN’s Intelligence Division, Edwards made over $160,000 a year, Ravener said.

Edwards’ sentencing, which was delayed for almost a year due to the coronavirus outbreak and her decision to switch attorneys, comes amid renewed scrutiny of the Justice Department’s policies in leak cases.

The timing of the sentencing put it at the end of a string of disclosures from the Justice Department about leak-probe tactics that have prompted criticism from journalists, press freedom advocates and even President Joe Biden.

Justice Department spokesperson Anthony Coley said in a statement Wednesday night that four Times reporters were officially notified earlier in the day that their records from a period in 2017 were sought as part of what he called “a criminal investigation into the unauthorized disclosure of classified information.”

“The journalists were neither subjects nor targets of the investigation,” Coley said. He suggested that, as with other such instances, investigators managed to get at least some of the phone records they desired, but not the details on who the reporters were exchanging emails with during the period in question.

New York Times Executive Editor Dean Baquet said in a statement that he was troubled by the episode.

“Seizing the phone records of journalists profoundly undermines press freedom. It threatens to silence the sources we depend on to provide the public with essential information about what the government is doing,” Baquet said.

“We expect the Department of Justice to explain why this action was taken and what steps are being taken to make certain it does not happen again in the future.”

Last month, the Justice Department sent similar notifications to reporters for the Washington Post and CNN that their communications records were secretly obtained during leak investigations. Officials said the court orders for telephone call records and email metadata were obtained during the Trump administration, although the formal notices about the requests did not go out until a few weeks ago.

Biden has reacted angrily to the reports that investigators sought to comb through details of journalists’ telephone and email traffic, vowing similar tactics won’t be used in his administration.

Justice Department officials have not said whether they plan changes to longstanding DOJ regulations, overhauled during the Obama administration, that permit such searches under limited circumstances after other investigative options have been exhausted. Some former officials have said entirely ruling out seeking journalists’ records is unwise because it could make some cases impossible to prosecute.

Coley has said officials plan to meet with journalists and First Amendment advocates to hear suggestions about the process. He added Thursday that the disclosure to the Times completes the required notices about Trump-era searches.

It is unclear whether investigators searched Leopold’s phone or email records as part of their investigation of the leaks from FinCEN. Edwards was not charged with leaking classified information, but conspiring to breach another statute: the Bank Secrecy Act. In court filings, prosecutors also accused Edwards of using and illegally importing steroids in 2018, although she was not charged with that.

Prosecutors did not ask that Edwards be immediately jailed. Woods ordered her to report to prison on Aug. 2.