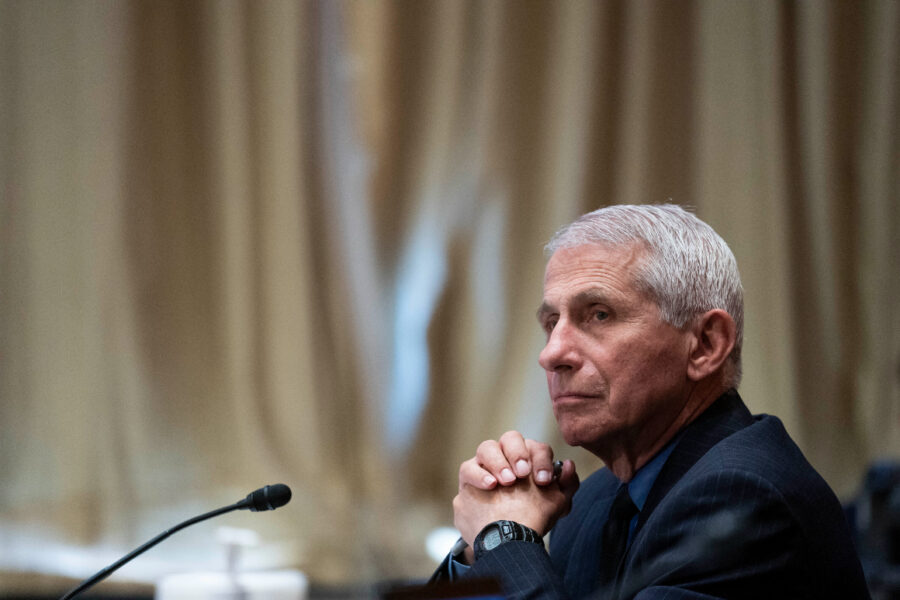 Anthony Fauci on Friday night brushed off what he called “inappropriate” and “distorted” attacks against him.

When asked if he was worried about the recent flood of criticism over the nation’s Covid-19 response and investigation into the pandemic’s origins, President Joe Biden’s chief medical adviser said he’s more concerned about the attack on science.

“It is what it is. I’m a public figure. I’m going to take the arrows and the slings. But they’re just fabricated,” Fauci told MSNBC’s Rachel Maddow. “But we’ll just have to do our jobs. My job was to make a vaccine and use my institute and these talented scientists that we have there and that we fund in the various universities to get a vaccine that was highly safe and highly effective, and we succeeded.”

Fauci, the nation’s top infectious disease doctor across successive administrations, has been a frequent target of conservatives throughout the pandemic, but attacks heated back up this week after a trove of his emails were published as part of a Freedom of Information Act request filed by various news outlets. Hours after his emails hit the internet, #FauciLeaks was trending on Twitter, accusing him of lying under oath about the origins of Covid.

Fauci reiterated Friday that he thinks it’s important to investigate the disease’s origins after politicians across the aisle, scientists and the media gave new life to the theory that the coronavirus spread after a laboratory accident in China.

“But it is being approached now in a very vehement way, in a very distorted way, I believe, by attacking me,” Fauci said. “I think the question is extremely legitimate. You should want to know how this happened so that we can make sure it doesn’t happen again. But what’s happened, in the middle of all of that, I’ve become the object of extraordinary, I believe, completely inappropriate, distorted, misleading and misrepresented attacks.”

One of Fauci’s top critics, Sen. Rand Paul (R-Ky.), posted ads on social media demanding to “fire Fauci,” while former President Donald Trump issued a statement Thursday about the emails, saying the U.S. is “fortunate I didn’t do what Dr. Fauci wanted me to do” on border control.

It’s expected that Trump will rail against Fauci in his North Carolina speech on Saturday.