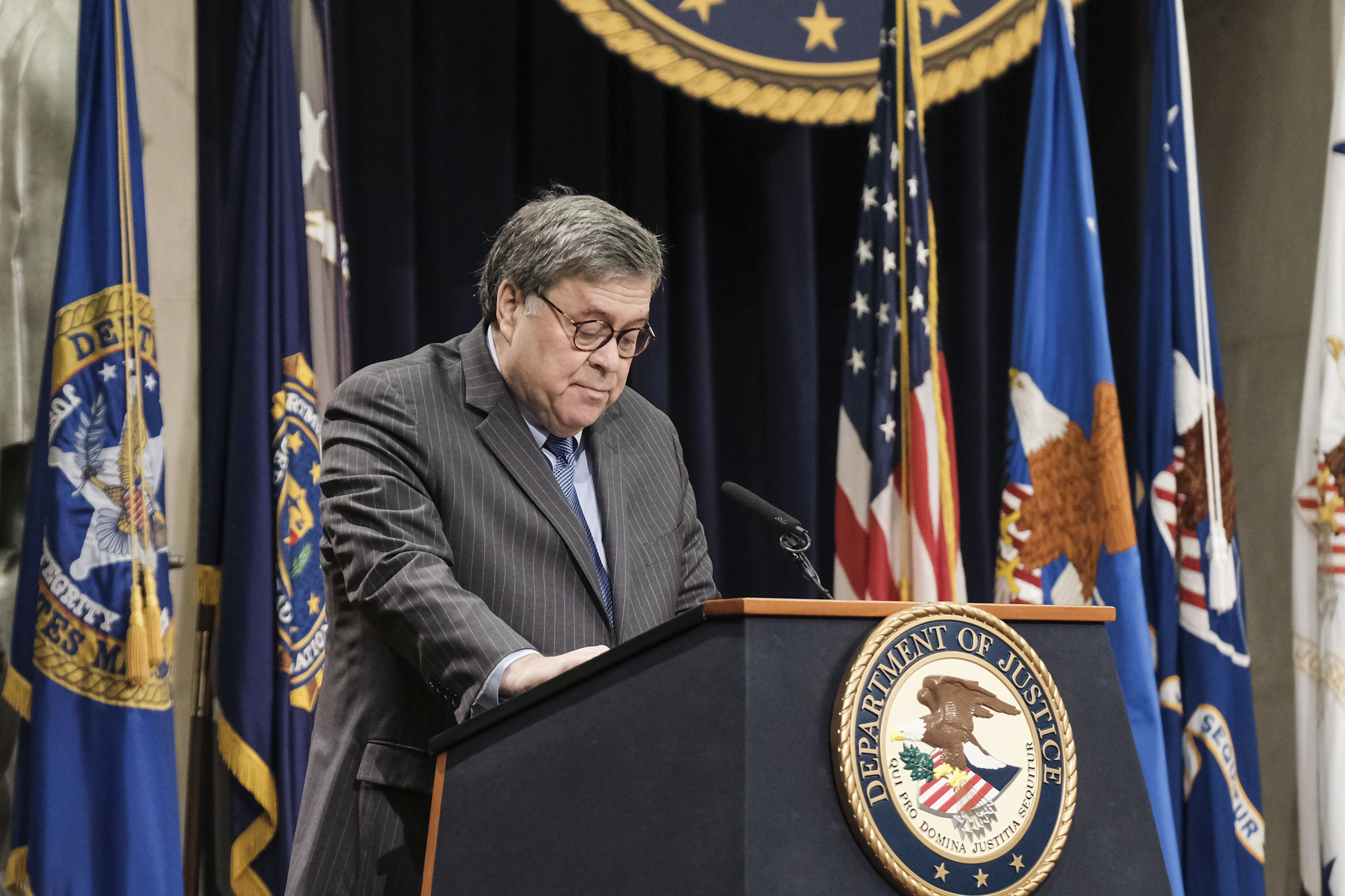 In a phone interview, Barr said he didn’t recall getting briefed on the moves.

Barr’s comments came after The New York Times reported that in 2017 and 2018, the Justice Department secretly seized the records of at least 12 people connected to the House Intelligence Committee, including its current chair. Barr became attorney general in 2019.

The Justice Department’s internal watchdog announced Friday it would open a review of the records seizures, and Democratic leaders are standing up their own probes. According to the Times, the leak investigation swept up the metadata of the committee’s top Democrat, Rep. Adam Schiff of California, who has since become its chair, and Rep. Eric Swalwell of California, another prominent Trump critic who sits on the panel.

Barr said that while he was attorney general, he was “not aware of any congressman’s records being sought in a leak case.” He added that Trump never encouraged him to zero in on the Democratic lawmakers who reportedly became targets of the former president’s push to unmask leakers of classified information.

Trump “was not aware of who we were looking at in any of the cases,” Barr said. “I never discussed the leak cases with Trump. He didn’t really ask me any of the specifics.”

The Justice Department’s inspector general, Michael Horowitz, is launching a separate investigation. The department said on Friday that Horowitz’s review would center on “DOJ’s use of subpoenas and other legal authorities” to obtain records of lawmakers, journalists, and others associated with ongoing investigations into unauthorized leaks.

In a statement on Friday, Schiff applauded the Attorney General for requesting and Inspector General investigation into the matter but said it “will not obviate the need for other forms of oversight and accountability — including public oversight by Congress — and the department must cooperate in that effort as well.”

Democratic congressional leaders are already vowing to investigate the Trump Justice Department’s efforts to seize the communications records. And Barr’s comments are unlikely to quell their criticisms of his leadership at the department.

Senate Majority Leader Chuck Schumer and Judiciary Committee Chair Dick Durbin (D-Ill.) on Friday called for Barr and his predecessor as attorney general, former Sen. Jeff Sessions, to appear before the Judiciary panel to answer questions about the secret efforts to subpoena Democrats’ communications metadata. The revelations about the Trump-era leak hunt have raised fresh questions about the former president’s use of his executive powers to monitor members of Congress who were investigating him.

“This appalling politicization of the Department of Justice by Donald Trump and his sycophants must be investigated immediately by both the DOJ Inspector General and Congress,” Schumer and Durbin, the top two Democrats in the upper chamber, said in a joint statement, adding that the Judiciary Committee “will vigorously investigate this abuse of power.”

While Democrats control the panel, a subpoena would require the support of at least one GOP member because the committee is evenly split between Democrats and Republicans. Sen. Chuck Grassley of Iowa, the committee’s top Republican, indicated on Friday that he opposes a congressional probe.

“Investigations into members of Congress and staff are nothing new, especially for classified leaks,” Grassley said in a statement. “The Justice Department has specific procedures for such sensitive investigations, and the inspector general is already working to determine if they were followed.”

Barr said he installed Osmar Benvenuto in DOJ’s National Security Division in February 2020 to try to revive the leak investigations after Craig Carpenito, the U.S. attorney for New Jersey, recommended him to Barr as “a very experienced prosecutor [who] could quickly sort out which of any of these cases merited further investigative steps and what could be done to bring them to resolution.”

“I was getting criticized by Cabinet members and members of the Intelligence Community about the department not having done anything on these leak cases, so I wanted to make sure they were being pursued,” Barr said.

“All I can say is that any investigation involving an elected official would be considered a sensitive matter that would need high-level approval at the department,” she told POLITICO when reached for comment.

Both Schiff and Swalwell have been among Trump’s most vocal critics, and the former president frequently went after them on Twitter. Trump’s Justice Department sought communications records for Intelligence panel staffers and family members, including a minor, according to the Times.

Trump himself tweeted repeatedly that he believed Schiff was breaking the law by leaking classified material. The president’s missives would have presented major challenges for any prosecutor trying to bring charges against the lawmakers.

“Congressman Adam Schiff, who spent two years knowingly and unlawfully lying and leaking, should be forced to resign from Congress!” he tweeted on March 28, 2019. Twitter has since removed Trump’s account, and his tweets are archived separately.

But an unlikely pro-Trump ally came to House Democrats’ defense on Friday, as Rep. Matt Gaetz (R-Fla.) — himself facing scrutiny from federal prosecutors in a sex trafficking probe — responded that “DOJ has a very nasty tendency to target its critics, Republican and Democrat.”

“The Schiff story reminded me of the DOJ’s threats to use criminal process against House staff exposing their misdeeds,” Gaetz said in a statement. “I stand against all of it, no matter how much I personally dislike Schiff.”