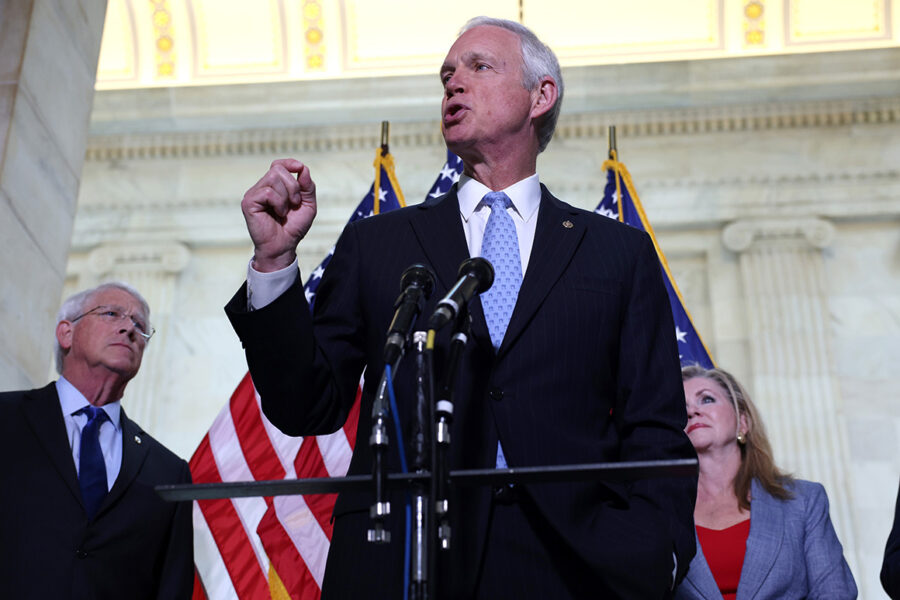 A group of Republican senators introduced a bill on Friday that would require President Joe Biden to secure congressional approval for any new diplomatic agreement with Iran to curtail its nuclear program.

The bill, led by Sen. Ron Johnson (R-Wis.), would give the Senate veto power over any attempt by the Biden administration to reenter the 2015 U.S.-Iran nuclear deal — which was effectively dissolved when former President Donald Trump withdrew from the pact in 2018 — by deeming it a treaty, which mandates approval from the upper chamber.

The GOP proposal comes as top Biden officials are holding indirect talks with the Iranians in Vienna in a bid to revive the Obama-era deal, which Republicans uniformly opposed. GOP lawmakers have introduced several measures aimed at preventing Biden from lifting the biting sanctions that Trump imposed on Tehran as part of his administration’s “maximum pressure” doctrine.

“Any potential agreement with Iran involves risks that affect our entire nation. It is critical to the security of America and to world peace that any deal Biden negotiates with Iran be deemed a treaty requiring approval by the U.S. Senate,” Johnson said.

Republicans have been pushing for Biden to use the Vienna talks to pressure Iran over its non-nuclear malign activities, too; but Democrats say that approach would be a death knell to a new nuclear agreement.

The Biden team is already facing a number of challenges emanating from Iran, including its support for proxy militant groups in the region that have sought to undermine U.S. interests there. Earlier this year, the president ordered airstrikes in Syria targeting Iranian proxies that had attacked U.S. troops.

Republicans’ new effort could further complicate the administration’s diplomatic efforts, since it’s aligned in spirit if not letter with a push that successfully afforded Congress veto power over the 2015 U.S.-Iran deal. The Johnson-led bill would subject any future agreement to a two-thirds majority vote in the Senate, an even higher hurdle than the 60-vote threshold the 2015 pact was subjected to.

Most recently, the U.S. has been monitoring Iranian navy ships that are making their way across the Atlantic Ocean, potentially for a weapons delivery to Venezuela. The Biden administration is pressuring the Venezuelan and Cuban governments to turn away the Iranian ships, and a senior administration official warned that the U.S. will take “appropriate measures in coordination with our partners to deter the transit or delivery of such weapons.”

Biden is facing skepticism from some top Democrats, too, over his push to reenter the 2015 accord. Senate Foreign Relations Chair Bob Menendez (D-N.J.) said in a recent interview that recently leaked comments from Iran’s foreign minister — in which he lamented the influence of his country’s more extremist elements — raised questions about whether the Iranians can be trusted.

“You’ve got to wonder, what is it that they can agree to and execute on?” Menendez said at the time.