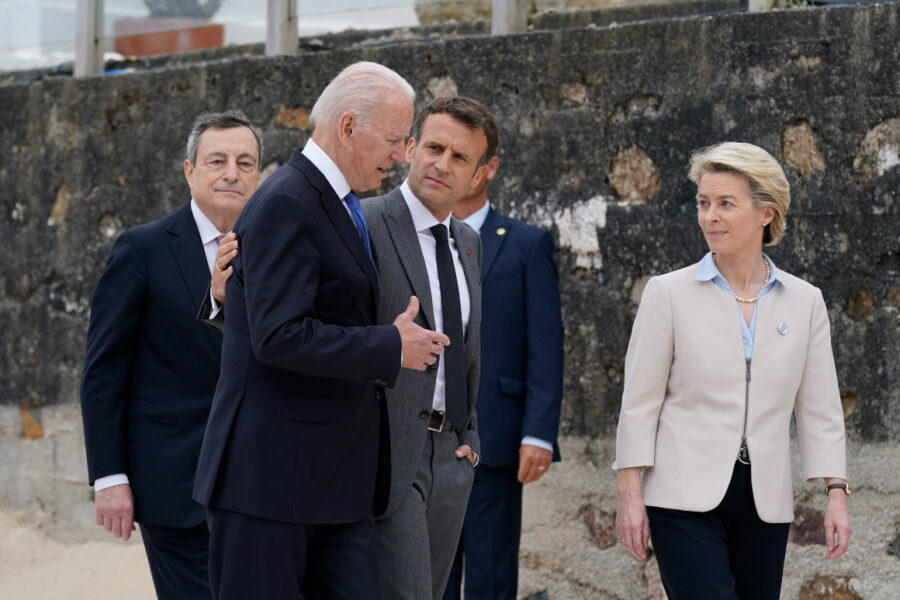 CARBIS BAY, England — Joe Biden had many messages for U.S. allies during his first foreign trip as president. But perhaps none were more pronounced than this: I’m not Donald Trump.

Biden’s predecessor spent four years disparaging world leaders — in public and on Twitter— accusing their countries of freeloading off the United States. He pulled out of international agreements, refused to sign others and scoffed at the trans-Atlantic alliances that served as a bedrock of U.S. foreign policy in the post-WWII era.

Three years ago in Canada, Trump famously stormed out of a meeting of the world’s wealthiest and most powerful nations, a moment enshrined in a photo of him sitting with his arms crossed triumphantly as other leaders stood around him, either exasperated or appearing to implore him to act.

So many leaders at the latest G-7 meeting, including those from Germany, France and Canada, seemed simply eager to move past Trump this week; so much so that they greeted Biden like an old friend even when he wasn’t.

As the world leaders walked along St. Ives Bay just before the summit began, French President Emmanuel Macron, who had never met Biden before, put his arm around him and the two walked arm and arm. They engaged in a brief but animated conversation that included talking about ways to make democracies more effective for the middle class, one of Biden’s favorite topics. 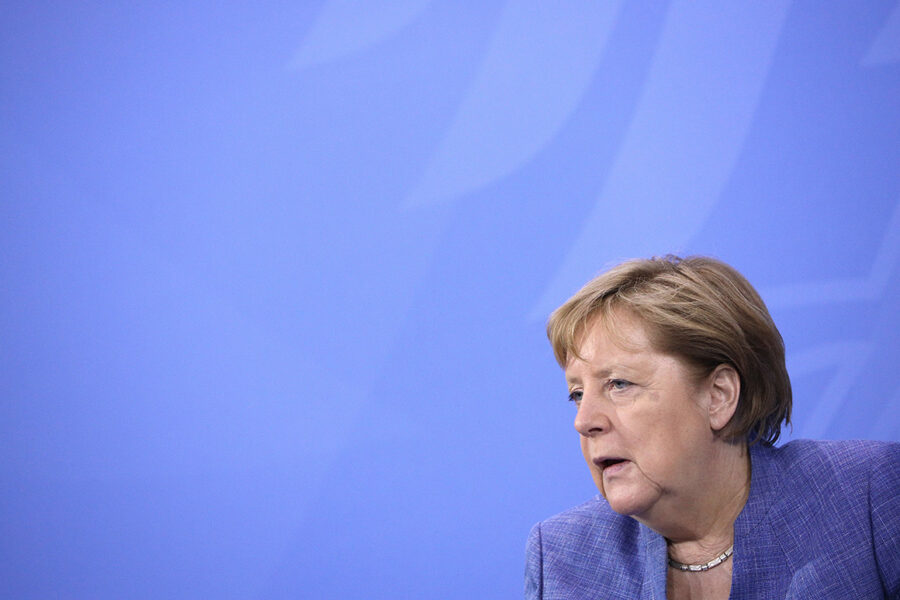 “Being able to meet Joe Biden is obviously important because he stands for the commitment to multilateralism, which we were missing in recent years.” said German Chancellor Angela Merkel, one of Trump’s favorite targets, just after she arrived at the summit Friday.

Even British Prime Minister Boris Johnson, closer to Trump than any other G-7 leader, declared that everyone is “absolutely thrilled” to see Biden and called their meeting “a breath of fresh air.” Later when reporters asked if that comment was a criticism of Trump, the prime minister’s spokesperson said it was simply a reflection of their shared interests of security and climate change.

Some of the camaraderie in England could be chalked up to world leaders simply practicing the diplomatic art form of overt flattery. But much of it, experts say, is the outcome of international relations finally returning to a state of norm after four years of intense whiplash. The leaders may not have uttered Trump’s name out loud but his presence was felt.

“There’s no way of describing our friends’ relief at the change of administration. And not just because it isn’t Donald Trump anymore,” said Stephen Sestanovich, a former National Security Council and State Department official. “It’s that the alliance has a backlog of real problems to address. The Biden administration wants to talk about how to develop cooperative responses to them in a way that the Trump administration couldn’t ever be serious about.”

Biden arrived in England Wednesday to attend several meetings — the G-7, NATO and those with European Union and European Council leaders — and to discuss a host of issues, including Covid, the economy and the challenges posed by Russia and China. His final stop will be in Geneva, where he will speak with Russian President Vladimir Putin, a meeting for which Biden has already received criticism.

This week, the G-7 countries are expected to organize no less than eight committees to work on policy issues, including the corporate tax rate (an agreement was reached among the G-7 to implement a 15 percent minimum rate), technology, trade, travel and the pandemic. Those working groups generally didn’t happen when Trump was president.

Instead, Trump, who never held office before being elected to president, played the role of disrupter, scoffing at international institutions, undermining trade deals and questioning U.S. military commitments and bases overseas. He backed Brexit in part to delegitimize the European Union, constantly criticized countries for not spending enough on defense and lodged tariffs on European exports.

Biden, who spent decades both as member on the Senate Foreign Relations Committee and vice president, is perceived internationally as someone U.S. allies can work with on issues ranging from climate change to holding Iran accountable for its nuclear ambitions.

After Biden was elected, foreign leaders and diplomats quickly proclaimed the new American president would bring back something that had been missing for four years: normalcy.

“America is back. And we are happy you are back,” European Council President Charles Michel told Biden in March during a video summit.

Still, some leaders are skeptical that U.S. politics, with its deep partisan divisions, will remain stable enough for the country to return to its place as a reliable global power. Le Monde, a leading French newspaper, said in an editorial after the election that “Trumpism” was not an accident but a “lasting heritage of American politics.”

“The allies do have lingering doubts about the forces that produced Trump’s election in 2016 and are wondering whether those forces are gone for good, or that possibility that the US could shift back to a more contentious, more transactional approach to NATO in 2022, or 20 2024,” said Alexander Vershbow, former deputy secretary of NATO and former ambassador to South Korea and Russia. “I think this concern is real that, you know, the Trumpian trend tendencies in the U.S. could return full bore. And in the midterms, or in the next presidential election.”

But Vershbow, now a fellow at the Atlantic Council, said European allies are adopting unique approaches to the U.S now that Biden is in office. Germany, for example, wants the U.S. to resume its place as a leader while France doesn’t think the U.S. can be trusted as much as it used to be. But Macron, who has tried to fill the leadership vacuum left by Trump, appeared to cozy up to Biden, so much so that their interactions sparked a flurry of social media attention and led the British media to dub it a budding bromance.

The two will meet formally Saturday.

Biden has tried to nurture that idea that he is Trump’s inverse on the global stage. Since he was sworn into office, he has rejoined the Paris climate accord, backed an attempt to revive the Iran nuclear deal and has spoken repeatedly about the importance of alliances, international diplomacy and emphasized America’s commitment to allies and partners. He has reassured leaders that the U.S. backs NATO’s doctrine of collective defense and would aid a member state in the face of Russian aggression.

But there are still some worries about America’s policies under Biden. Countries fret about the U.S. decision to pull troops out of Afghanistan by Sept. 11; the lack of urgency over the Nord Stream 2 pipeline being built to bring gas from Russia to Germany under the Baltic Sea; and the ways the U.S. is approaching its economic rival China. 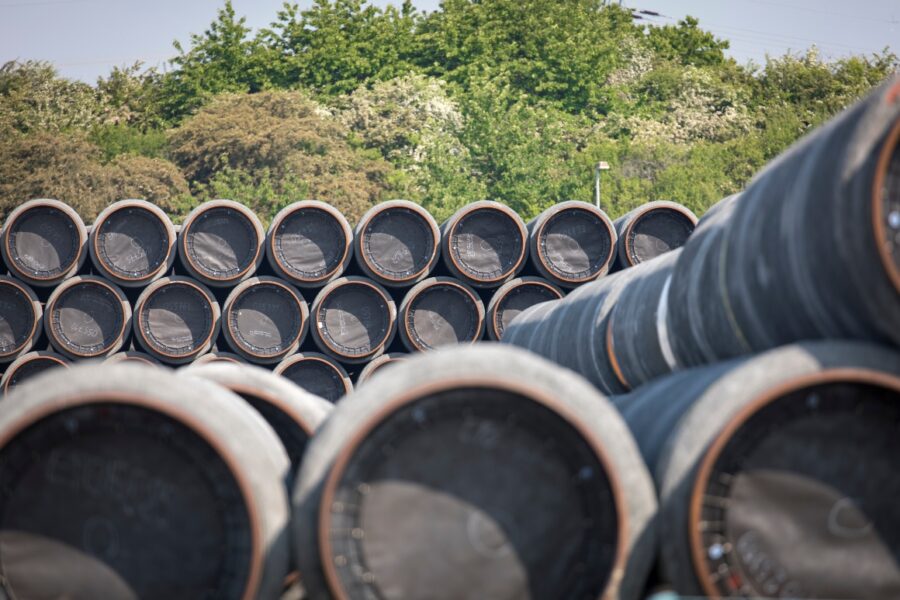 Johnson, who held a bilateral meeting with Biden on Thursday, supports Biden’s commitment to fighting climate change and the sharing of the Covid vaccine with poorer countries, which health officials say should have been done sooner. But he is still waiting for Biden to help push through a U.K.-U.S. trade deal.

Heather Conley, who served as a deputy assistant secretary of state during the George W. Bush administration, said U.S. allies thought the Biden administration would be following their agenda, but instead it appears that Biden wants them to follow his.

Still, Conley said, it’s a marked shift from the Trump era in policy and tone. The leaders still may have their differences but they’ll air them behind closed doors or through diplomatic channels.

“There is no longer a feeling of complete dread before a NATO or G-7 summit or fearing that the meetings would upend U.S. policy,” said Conley, now a senior vice president at the Center for Strategic and International Studies. “There was much more energy devoted to managing or mitigating former President Trump before, during and after the summit than the actual summit agenda. This doesn’t mean U.S. allies agree with the Biden administration on their initiatives, but these meetings will be predictable, stable and possibly productive.”