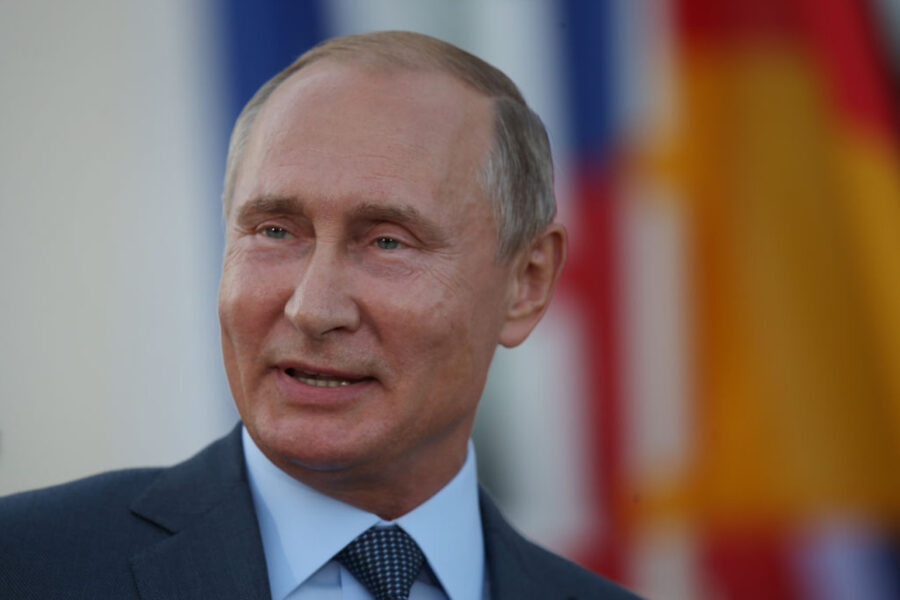 BRUSSELS — Two days before he talks to Russia’s leader, President Joe Biden on Monday sought to tamp down expectations of the long-anticipated meeting by acknowledging that Vladimir Putin is a “worthy adversary.”

“I have met with him. He’s bright. He’s tough,” Biden said. “And I have found that he is a, as they used to say when I used to play ball, a worthy adversary.”

When Biden was asked whether he still thinks Putin is a killer, as he has previously said, the president laughed for several seconds.

“I believe he is, in the past, essentially acknowledged that he was, there were certain things that he would do or he did do,” he said. “But look, when I was asked that question on air, I answered it honestly. I don’t think it matters a whole lot in terms of this next meeting we’re about to have.”

Biden used a late-night news conference on Monday to defend against criticism that he should not meet Putin in the wake of a variety of continued aggression from Russian actors. Even fellow Democratic lawmakers have urged him to be tough on Putin.

But Biden said that while the media has been critical of the timing, he hasn’t spoken with a world leader on his trip to Europe who disagrees with the meeting.

“Every world leader here as a member of NATO that spoke today, and most of them mentioned it, thanked me for meeting with Putin now,” the president said. “Every single one that spoke. And I think there were probably about 10 or 12 that spoke to it, saying they were happy that I did that, that I was going to do that. And they thought it was thoroughly appropriate that I do, and I had discussions with them in the open about what they thought was important from their perspective.”

Biden and Putin will meet in Switzerland on Wednesday before Biden gives his own news conference after the meeting. It comes three years after then-President Donald Trump met with Putin in Helsinki, when he faced a firestorm for backing the Russian leader’s denial of election interference in contrast to U.S. intelligence agencies.

Biden invited Putin to meet, even though that talk appears unlikely to reap any immediate agreements. Still, the White House says the president wanted to meet with Putin to press him directly on cyberattacks and human rights, as well as speak about areas where they might have common ground, including nuclear arms control and climate change.

“I’m going to make clear to President Putin that there are areas where we can cooperate, if he chooses,” Biden said on Monday. “And if he chooses not to cooperate and acts in a way that he has in the past relative to cybersecurity and some other activities, then we will respond. We will respond in kind.”

But he has continued to face criticism that the meeting rewards Putin, who is accused of election interference, human rights abuses and cyberattacks, and puts Russia on the same level as the U.S.

“It’s not about trusting, it’s about agreeing,” Biden said. “When you write treaties with adversaries, you don’t say, ‘I trust you.’ You say, ‘This is what I expect.’”

Biden declined to say what concessions he would ask Putin for, but he did issue a warning about opposition figure Alexei Navalny. If Navalny died in prison, Biden said, it would hurt Russia’s relationship with the U.S. and the rest of the world. Putin has claimed he has no say over the matter.

“Navalny’s death would be another indication that Russia has little or no intention of abiding by basic fundamental human rights,” Biden said. “It would be a tragedy.”

Putin, in an interview with NBC on Friday, said Russia’s relationship with the U.S. had “deteriorated to its lowest point” in recent years.

Biden has said that he agreed with Putin’s recent assessment that U.S.-Russia relations.

“I think he’s right that it’s a low point, and it depends how he responds to acting consistent with international norms, which in many cases he has not,” he said.